Russian atrocities at Bucha may be nothing to those that will be found when Kherson is liberated Abductions and feared mass grave of Russian invaders" victims in liberated Vysokopillia (Kherson oblast) Russian invaders abduct Kherson oblast local leader, install “worst of the worst” collaboratorsMayor of Kherson abducted after refusing to collaborate with Russian invaders Russian invaders torture abducted Kherson patriot into ‘confessing’ to surreal ‘abduction plot’ Tortured to death by Russia"s FSB for helping to defend Ukraine from the invadersTeachers in occupied Kherson refuse to collaborate with Russian occupiers Russia uses terror and abduction in attempt to force schools to collaborate in occupied Melitopol Mayor of Melitopol Ivan Fedorov abducted after refusing to collaborate with the Russian invaders Russian priest arrested and prosecuted for sermon opposing Russia’s war against Ukraine Russia effectively admits it deliberately bombed the maternity hospital in Mariupol that killed three patients, including a childRussia brings grotesque propaganda to Berdiansk after Ukrainian journalists refuse to collaborate Russian invaders murder Ukrainian volunteers Impassioned appeal from Ukrainian Muslim leader in face of Russia’s war to destroy Ukraine Russia is forcing Ukrainians from occupied Crimea and Donbas to fight in its invasion of Ukraine Children among the dead after Russian invaders opened fire on fleeing civilians Russia installs its propaganda TV after seizing Kherson and imposes 15-year sentences for reporting its invasion of UkraineUkrainian survivors of the Holocaust demand Putin and Russia get out of Ukraine Russia continues its carnage, flouting binding order from ECHR to stop bombing civilians in UkraineBabyn Yar bombed by Russia, 80 years after Nazi Massacre of Ukrainian Jews
• Topics / War crimes 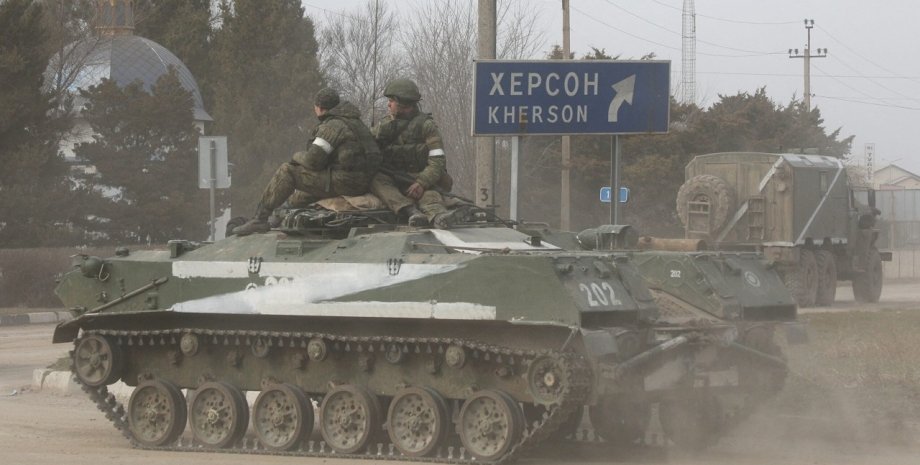 The Russian invaders are moving Ukrainian civilian hostages and prisoners of war away from Kherson oblast, without any indication as to where they are being taken.  Russia has been abducting Ukrainians since the beginning of its full-scale invasion, with the whereabouts of many still unknown.  The number of such enforced disappearances, under the guise of ‘evacuation’ may now rise significantly and the Ukraine 5 a.m. Coalition is calling on both Ukrainian and international organizations to help ensure Russian accountability for those Ukrainians in their custody.

The Coalition of human rights NGOs stated on 21 October that they have been receiving reports over recent days that civilian hostages and POWs are being moved in an unknown direction.  The Russians’ excuse is the need for a so-called ‘evacuation’, however the real reason could lie elsewhere.  There is already very scant information about those imprisoned by the Russians, and this may well now be lost.  The Coalition reports that the majority of those whom the Russians are imprisoning have serious injuries or health issues as a result of the savage torture they were subjected to and their prolonged confinement in appalling conditions. “For many of the prisoners, transportation without proper medical accompaniment, could cause further suffering or have fatal consequences.”

As of 20 October, hostages and POWs are known to have been moved from the Kherson SIZO [remand prison]; Northern Corrective Colony No. 90 (in Kherson); and the Kherson Regional Police Temporary Holding Facility No. 1 in Kherson.

Russia is known to have abducted hundreds of civilians, in flagrant violation of international law.  It is also holding POWs in inhuman conditions and is breaching its obligations under international law by denying the International Committee of the Red Cross access to them and failing to provide the safety guarantees required for a UN fact-finding mission to the notorious Olenivka concentration camp in occupied Donbas.

Abductions / enforced disappearances began as soon as Russia invaded and gained control of parts of Kherson and Zaporizhzhia oblasts.  In some cases,  those abducted (for example, Denys Myronov and Vitaliy Lapchuk) are known to have been killed, often after savage torture.  Ukraine’s Ministry of Culture reported on 14 October that Russian soldiers had shot and killed Yury Kerpatenko, principal conductor of the Hileya Chamber Orchestra and of the Mykola Kulish Music and Drama Theatre in Kherson.  Kerpatenko had refused to take part in a propaganda concert for the invaders.

The Russians also reportedly killed a local nurse Tetiana Mudrenko and abducted her husband.  She is known to have openly opposed the occupation and it is widely assumed, though it cannot presently be verified, that she was killed for her pro-Ukrainian position.

In a number of cases, Crimean Tatars and other Ukrainians have been seized, especially from Kherson oblast, and then illegally taken to occupied Crimea for ‘trial’ on preposterous charges.  In many of these cases, the people simply disappeared after being taken away by the Russians and were held incommunicado, and under the total control of Russian soldiers and / or FSB for some time before being found  in Crimean captivity.  Several Crimean Tatars have already received sentences of up to ten years, after being accused of involvement, while in mainland Ukraine, in a non-violent organization which is legal in Ukraine.

At the end of September, Yury Sobolevsky, First Deputy Head of the Kherson Regional Council, reported that the Russians had intensified their so-called ‘filtration’ measures, with virtually any residents in danger of being seized and / or disappearing.  From the outset, they targeted activists and volunteers, public officials who refuse to collaborate, those who earlier defended Ukraine in Donbas or who have relatives in the Ukrainian Armed Forces, as well as any locals suspected of posting leaflets or writing patriotic graffiti.  They also detain farmers who refuse to ‘reregister’ their business under Russian jurisdiction.  In fact, their methods are extremely arbitrary, with Sobolevsky explaining that local residents were more and more often detained, not because they have any links with the resistance, but merely because they were in the wrong place at the wrong time.

The above, as well as the information emerging of torture chambers; abductions and suspected mass graves in parts of Kherson oblast that have already been liberated, make it imperative that Russia is prevented from hiding the whereabouts of those hostages and POWs moved from Kherson oblast.