Fatal attack on the Vilshany Roma community reaches the court, but not as a hate crimeUkrainian prosecutor accused of brutal attack on Roma hate crime lawyerLocal authorities implicated in fatal attack on Roma residents in Kharkiv oblastTerrifying Precedent Set by Authorities’ Response to Violent Anti-Roma PogromA brief description of the KHPG strategic litigations in July–December 2020Ukraine’s religious freedom crushed in Russian proxy Donbas ‘republics’ECHR slams Ukraine for failing to acknowledge and punish religious hate crimesSerious threats to freedom of speech in revised version of Ukraine’s contentious media billUkraine brings criminal charges against Russian Orthodox priest involved in torturing POWsRussia sentences 19 men to over 300 years’ imprisonment without any crimeRussia sentences Seiran Saliyev to 16 years on same political charges as his great-grandfather in Soviet timesState honour in Ukraine as Russia prepares horrific sentence against Crimean Solidarity CoordinatorElderly Ukrainian imprisoned by Russian invaders of Crimea for ‘treason against Russia’A brief description of the KHPG strategic litigations in January – June 2020Ukrainian Orthodox Church in occupied Crimea under imminent threat following Russian Supreme Court decisionBlind man among those arrested for Russia’s conveyor belt of terror in occupied CrimeaYoung father sentenced to seven years for refusing to collaborate with the FSBOutbreak of Covid-19 in Russian prison holding Ukrainian prisoners of conscienceRussia makes talking about the Bible an ‘extremist activity’ in occupied CrimeaJehovah’s Witness in Russian-occupied Crimea gets 6 years for ‘undermining state security’ by praying at home
• Topics / Freedom of conscience and religion 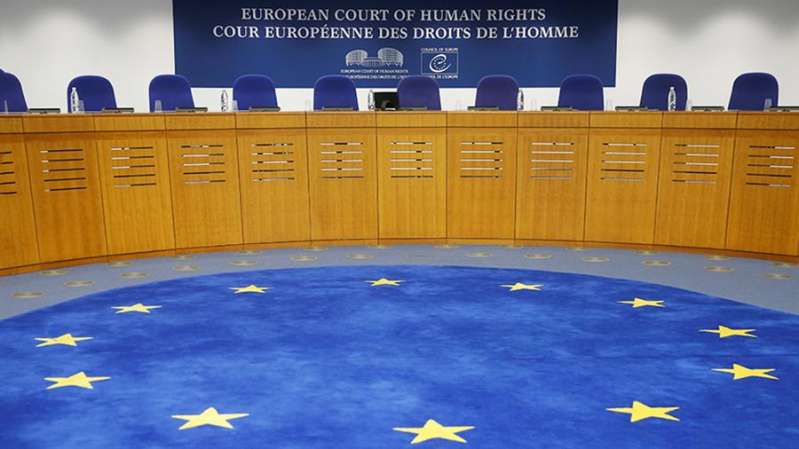 The European Court of Human Rights issued three separate judgements on 12 November, all of which find that Ukraine violated its citizens’ rights by failing to investigate and punish the perpetrators of religious hate crimes.  Although the victims in all cases were Jehovah’s Witnesses, the lessons that the Ukrainian authorities need to learn apply to any religious or other hate crimes.

The three cases were brought over attacks in 2009; 2012 and 2013, none of which were ever adequately investigated, in part because of refusal to acknowledge that these were attacks motivated by religious hatred.

In 2009, for example, Tetyana Zagubnya and Maria Tabachkova from the village of Novi Mlyny (Chernihiv oblast) were attacked by an Orthodox priest (Mykola Lysenko from the local Trinity Orthodox Church)  while going from house to house teaching their faith.

He confronted the women, asking them what they were doing, and when told that they were Jehovah’s Witnesses engaged in preaching their faith, he demanded they stop.  They presumably refused and he took a metre-long wooden stick (he claimed this was one of his parishioners’ walking sticks) and hit the two women several times.  They managed to run away, but were examined the same day by a forensic medical expert who confirmed bruising in both cases, and haematomas in one.  From the point of view of prosecution, these were deemed to fall under ‘minor bodily injuries’.  The police subsequently questioned all parties, but refused to accept any religious hate crime or religious discrimination as prohibited by Article 161 of Ukraine’s Criminal Code and acknowledged only elements of hooliganism and the intentional inflicting of minor bodily injuries.  The latter was claimed to require private prosecution.

The priest was essentially never prosecuted despite the clear evidence of an attack which might well have gone beyond ‘minor bodily injuries’ had the women not managed to flee.  In September 2012 the investigator terminated the criminal proceedings against Father L. (as he is identified in the judgement) over ‘hooliganism’, with the women’s appeals against this rejected.  The court found that Lysenko had been motivated by personal animosity rather than a desire to break public order or out of contempt for society, which characterised the offence of hooliganism. This may be the case with hooliganism, but there was nothing to have prevented the initiating of other criminal charges over the priest’s entirely deliberate and violent attack on the two women after they identified themselves as Jehovah’s Witnesses.

The Court agreed with the applicants’ that there had been a violation of Article 14 of the European Convention on Human Rights (hereafter the Convention) (prohibiting discrimination) taken in conjunction with Article 3.  The latter requires the authorities to carry out effective official investigations, which had not happened.

The Court stresses that, “Just like in respect of racially motivated attacks, when investigating violent incidents State authorities have the additional duty to take all reasonable steps to unmask any religious motive and establish whether or not religious hatred or prejudice may have played a role in the events.”  (more details here: Zagubnya and Tabachkova v. Ukraine)

Such reasonable steps had not been taken in the above case, nor were they over the savage attack on Tetyana Kornilova in Nosivka. On 7 March 2013, she and another woman were going from house to house, inviting people to a special Jehovah’s Witness meeting, when she was attacked by a man in one of the houses.  The man was eventually convicting of inflicting a minor injury, fined and ordered to pay damages, although, according to JW sources, Kornilova was punched in the face so hard that she suffered concussion and spent eleven days in hospital.

In this case too, Kornilova and her lawyer alleged violations of Articles 3; 9 (freedom of religion) and 14 (prohibition of discrimination) of the Convention.  Here too, the police had claimed that Kornilova had been the victim of ‘personal hostility’, and that the attack had not been religiously motivated.

In all cases, the Court does not consider the claims under Article 9 to be inadmissible, but states that they raise no issues that would need to be treated separately (from those addressed over the violation of Article 14).

The same unwillingness to recognize religious motivation and to adequately prosecute the perpetrators was seen in the Case of Migoryanu and Religious Community Jehovah’s Witnesses of the City of Izmail v. Ukraine.  The application was brought by the above-named religious community in Izmail (Odesa oblast) over the violent disruption of a special JW event by a group of people, led by a priest from the local Orthodox Church under the Moscow Patriarchate. O. Greku.  The community say that they were subjected to a number of separate crimes including physical beating, pedestrians being hit by a car; a car being set alight; and a Molotov cocktail being thrown into a house where Jehovah’s Witnesses were asleep.

As well as refusing to recognize these as religious hate crimes, the police also claimed (despite there being a video) to be unable to identify the attackers.  Neither the priest nor his accomplices were ever punished.

The Court explained that Article 3 was not applicable in cases brought by legal entities. It was unanimous that there had been an violation of Article 9 of the Convention.  It also found the claim under Article 14, in connection with Article 9, to be admissible, but saw no need to address it separately.

The judgements, however, were and, unfortunately, remain deserved.  In 2013, the UN’s Human Rights Committee expressed concern that violent crimes in Ukraine, including those committed against Jehovah’s Witnesses, were not properly punished as hate crimes.  This has long been a major problem, exacerbated by Article 161 of the Criminal Code (on incitement to enmity, religious, racial and other discrimination, etc), which is notoriously difficult to prove and therefore most often avoided by the police and prosecutors.   There is also a lot of work needed for the understanding to spread, among both the enforcement bodies and the public in general, that there must always be answerability for religious or racial hate crimes, regardless of  the identity of the victims, or perpetrators.