Documenting war crimes in Ukraine.
The Tribunal for Putin (T4P) global initiative was set up in response to the all-out war launched by Russia against Ukraine in February 2022.
• Topics / Dissidents and their time 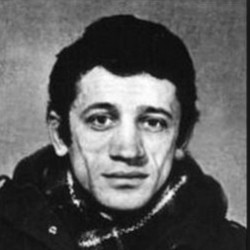 Valery Marchenko should have turned 70 this year, after a long life which he would have surely spent serving Ukraine.  The renowned journalist, writer and human rights defender died in October 1984, just a few months after being sentenced to 10 years labour camp for so-called ‘anti-Soviet agitation and propaganda’.  33 years after the sentence and Marchenko’s death, in independent Ukraine,, the judge who passed sentence has been honoured with a state award. 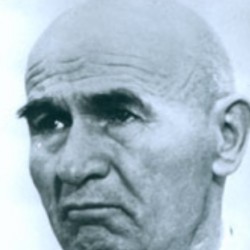 It is 110 years since the birth of Petro Grigorenko, Soviet General, founding member of the Ukrainian Helsinki Group, victim of punitive psychiatry and defender of the Crimean Tatar people. The anniversary is of acute poignancy at a time when Crimean Tatars are once again facing discrimination and persecution in their homeland under Russian occupation or in enforced exile.

30 years since the death of General Petro Grigorenko

It is 30 years since the death of world-renowned human rights defender and vital voice in support of the Crimean Tatars.

An appeal to the peoples of the world from the 2nd Crimean Forum of Former Political Prisoners of Communist Regimes, Representatives of National Liberation Movements, and Human Rights Defenders (Ukraine, Lviv, 11 November 2016) 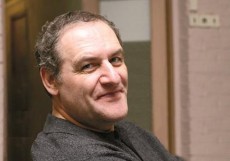 The values and principles of work of the Ukrainian Helsinki Group and today’s human rights defence: an attempted comparison

Vasyl Stus, the great poet, human rights defender and Ukrainian patriot who died in the notorious Perm-36 labour camp in September 1985 has finally been properly honoured by his university. Poignantly, it took the university’s own exile to make this possible.

On September 4, 2015 it will be 30 years since the death in the Perm-36 labour camp of Vasyl Stus, Ukrainian poet and human rights defender. The anniversary and Stus’ refusal to remain silent whatever the price are of especial poignancy in the face of Russia’s mounting repression, including with respect to the Ukrainians it is holding prisoner

At the Publishers’ Forum in Lviv Radio Svoboda presented a special award to the publishers of “The Ukrainian Helsinki Union in reminiscences and documents” for preserving Ukraine’s national memory and covering its human rights activities.

Former Soviet Dissidents meet in the Crimea and promise action

Former Soviet political prisoners are meeting in the Crimea on the 68th anniversary of the Deportation of the Crimean Tatars, at a time when events in post-Soviet republics demand awareness of the danger and readiness to unite under the old banner: “For your freedom and ours!” (Mustafa Dzhemiliev)

It is 25 years since the death of General Petro Grigorenko – founding member of the Ukrainian Helsinki Group, friend and defender of the Crimean Tatar People, of all those in the Soviet Union facing persecution and himself a victim of punitive psychiatry

Stepan Sapelyak, poet, former dissident and political prisoner and participant in the national liberation movement has died. He was 59.

Dissent in Ukraine through the prism of Amnesty International

Paper delivered by Anna Procyk, Professor of History, Kingsborough College, CUNY at a conference "Nonconformism and Dissent in the Soviet Bloc: Guiding Legacy or Passing Memory?" held at Columbia University in 2011

Human rights defender, one of the editors of the samizdat “Chronicle of Current Events” and former political prisoner, Yury Alexandrovich Shkhanovich has died in Moscow at the age of 79

Yelena Bonner, human rights defender, publicist and widow of Andrei Sakharov, has died after a long illness. Andrei Grigorenko who conveyed the news, expresses his condolences to her family which we can only echo. She was a very special and very courageous person and her passing is a great loss.

Moral aspects of the dissident resistance in Ukraine: From rosy expectations to sober reality

The death has been announced of Ivan Andriyovych Hel, publicist, human rights defender, active participant in the national liberation and Greek Catholic movements from the 1960s, and twice a political prisoner.

Vasyl Barladyanu (-Byrladnyk), poet and writer, human rights activist who in Soviet times was persecuted for his views and writings, died in Odessa on 3 December 2010. He was 68

Former dissident and political prisoner, human rights campaigner, and publicist, Yevhen Sverstiuk, has become the first laureate of the "Light of Justice" Award for his moral, spiritual, and ethical leadership

Having received no answer …

Blacklists are out, but no explanation of why V. Ovsiyenko was on it

Commentary from Ukraine’s Ministry of Foreign Affairs over the ban on entering the Russian Federation imposed on Vasyl Ovsienko
1  2  3  4  5  ... 5
x