Polish journalist Andrzej Poczobut is being held in custody in Belarus accused of “slandering” President Lukashenko. He could face up to four years in prison for telling the truth about the Lukashenko regime. Please sign the Appeal at the bottom of this appeal

The KGB and the prosecutor in Grodno have not revealed why exactly they think our correspondent has broken the law. The accusations are general. Yet the authorities have even found fault in an article which did not as much as mention president Lukashenko. This shows the state of democracy and freedom of speech in Belarus today.
Andrzej Poczobut  has been in custody awaiting trial since 6 April. He does not know how long the situation will continue because the date of the first hearing has not been set. This is a deliberate repressive measure.

Mr. Poczobut was to be freed after 72 hours, but the authorities in Belarus are afraid of his courage, unfaltering character and sober judgment of the situation in the country, which he has frequently described in "Gazeta Wyborcza".

Mr. Poczobut’s wife and two small children are also being punished in this way. Their only "fault" is that they are family members of a journalist who never intended to flee and reported to the authorities whenever summoned. The Soviet authorities in Stalin’s times behaved similarly.

Catherine Ashton, the EU’s head of diplomacy wrote about Mr. Poczobut’s case: "The EU strongly condemns all harassment, arrests, and intimidation of representatives of the Belarusian independent media as well as violations of the fundamental human rights such as freedom of expression, freedom of assembly, and freedom of the media. The EU calls upon the Belarusian authorities to end at once the prosecution of independent journalists for slander or other politically-motivated charges".

We demand that Mr. Poczobut be freed immediately and all charges against him dropped. We protest against the harassment and false accusations against a journalist who performed his duties in an honest manner. 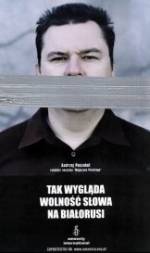