Trial of police officers over death of Yevhen Zvenigorodsky continuesTrial begins over another death in police custodyScene of the Crime: Police StationsUHHRU: The MIA must be demilitarized and under public scrutinyYellow Card for Ukraine’s Police: Second WarningAnother death in policy custodyPolice lawlessness, torture and deaths in the Kharkiv regionCourt hearings in Strogan case continueBeatings in police custody turned into businessCourt trial for allegations of torture?What’s the point of a Prosecutor who doesn’t want to defend us from torturers?Torture in Custody: the Police claim Strogan inflicted injuries himselfPolice Persecution of Yakov StroganKharkiv Police mark Human Rights Day their own way: Yakov Strogan heavily beatenMIA and Human Rights at the end of 2010Concern for Yakov Strogan, victim of police tortureLesson on Torture from the Kharkiv PoliceOver 400 victims of Russian aggression remain unidentified in liberated Kharkiv oblast Russia unleashes new wave of terror and arrests of Crimean Tatars in occupied Crimea Russia abducts and tortures Kherson official and his family for serving Ukraine
• Topics / The right to life
• Topics / Against torture and ill-treatment
• Topics / Law enforcement agencies 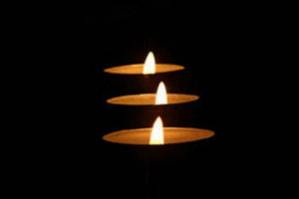 The Association of Ukrainian Human Rights Monitors on Law Enforcement has compiled a harrowing report on death in police custody during 2011. Of the 35 deaths, 7 people hanged themselves, and 5 jumped from windows. The Association writes that the public view these deaths as having been caused by the actions or inaction of law enforcement officers.

1          A young man, born 1981, hanged himself outside the Sviatoshynsky Police Station in Kyiv.  His father considers police officers there to be responsible.

2          A man threw himself from a fourth floor window of the Loziv Police Station in the Kharkiv Region, and died of his injuries.

3          A woman, born 1974, also died after throwing herself out of a fourth floor window of the Loziv Police Station in the Kharkiv Region
4          A Georgian national died in a Kirovohrad region police station.

5          A detainee hanged himself in a room for detainees in the Oleksandrivsky Police Station in the Kirovohrad Region.

6          A man born in 1971 died in a temporary holding unit in the Makiyivka Police Station in the Donetsk Region.

7          A 37-year-old man serving an administrative sentence for petty hooliganism died in the courtyard of one of the district police stations in the Zhytomyr Region.

9          A detainee died in the investigator’s office of the Sviatoshynsky Police Station in Kyiv.

10       A 33-year-old, detained for petty hooliganism, killed himself in a temporary holding unit at the Vradiyivsky Police Station in the Mykolaiv Region.

11       A 37-year-old suspect committed suicide by throwing himself out of a fifth floor window during a reconstruction of the circumstances of the crime in Yevpatoria, Crimea.

12       A young woman who had been refused an urgent doctor call hanged herself in a temporary holding unit of a police station in Yevpatoria, Crimea.

13       A 38-year-old woman under administrative arrest died in a temporary holding unit in Lokhvytsya, Poltava Region.

14       A 32-year-old man was taken by police to the Kharkiv Regional Central Department of the MIA where he was beaten. He died in hospital from his injuries.

15       A 48-year-old man died after not being given medical assistance in a room for detainees of a police station in Enerhodar, Zaporizhya region. According to the doctors, the police had refused to take him to hospital.

16       A 29-year-old man hanged himself in a temporary holding unit in the Myronivsky Police Station in the Kyiv Region.

17.      An 18-year-old man was detained by police officers in Vinnytsa. He was not seen alive after this, and later his body was found in a river.

19       Luhansk traffic police pursued a young man on a moped for a long time, with this causing an accident and the death of the young man. Instructions from the MIA categorically prohibit pursuit of people on two-wheel vehicles not wearing helmets.

21       A 42-year-old man was detained on suspicion of committing a crime and taken to the Dniprovsky District Police Station in Kherson where he suddenly died while giving evidence.

22       A 27-year-old man died in a temporary holding unit in the Brovarsky Police Station in the Kyiv Region.

23       A 29-year-old man threw himself out the window of the third floor of the Leninsky District Police Station in the Dnipropetrovsk region and died of his injuries.

24       A 59-year-old man died during questioning in the Khortytsa District Police Station in the Zaporizhya Region.

25       Human rights activists allege that on 11 June police killed a detainee, born 1975, at the Obolon District Police Station and then left his body in the flat where he had been living.

26       In Kryvy Rih, Dnipropetrovsk Region, a 46 year-old man arrested on suspicion of murder hanged himself.

27       On 27 June in a temporary holding unit a 44-year-old detainee died. He had complained of feeling ill, but had not been sent to hospital.

28       On 1 July a 22-year-old man sentenced to 3 and a half years imprisonment hanged himself on a sheet in the temporary holding unit of the Ivano-Frankivsk Police Station.

30       On 6 September a 46-year-old man detained on suspicion of selling drugs died in the temporary holding unit of the Shevchenkivsky District Police Station in Kyiv.

31       On 15 September a 41-year-old local resident suddenly died in the Gagarin District Police Station in Sevastopol after being called to give testimony.

32       On 18 September after talking with police officers in his flat, a 38-year-old man threw himself from the fifth floor and died of his injuries.

33       On 22 October a 31-year-old man from the Myrhorosk District in the Poltava Region died in a cell of the temporary holding unit of the Myrhorod Police Station. The police claim he died of a seizure.

34       On 27 October a young man, born 1988, who had alleged that police officers in the Kostyantynivsky Police Station in the Donetsk Region had beaten him, died in hospital. The police claim that he died from drugs.

35       On 27 November during the forced dismantling by police and Emergencies Ministry officers of a tent in which former Chornobyl clean-up workers and supporters were on hunger strike, .70-year-old Gennady Konoplyov. Witnesses assert that he suffocated after the tent was brought down, with police and Emergencies Ministry officers walking over it.  Neither ministry has accepted any blame.