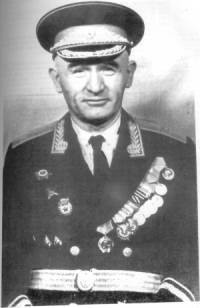 Petro Grigorenko, was born in the Zaporizhya region of Ukraine on 16 October 1907.  As a young man he supported the Bolsheviks, and was a Major General during World War II.

In Soviet terms he had everything going for him, yet in 1961, during a Party conference he took the floor and expressed opposition to the Party line.

He was first arrested in 1964, stripped of his rank and placed in a “psychiatric hospital”, controlled by the KGB.  He was released that time in 1965.

Petro Grigorenko spoke out in support of many people persecuted by the Soviet regime, and later was a founding member of both the Moscow Helsinki Group and Ukrainian Helsinki Group (both formed in 1976).

His second imprisonment (in a psychiatric hospital), however, in 1969, was linked with his defence of the Crimean Tatar People who had been deported as a people from the Crimea in May 1944.

The address he gave that evening contained the following words:

“So begin to demand. And demand not just parts, pieces, but all that was taken from you unlawfully-demand the reestablishment of the Crimean Autonomous Soviet Socialist Republic

Don’t limit your actions to the writing of petitions. Fortify them with all of those means which the Constitution provides you-the freedom of speech and of the press, of meetings, assemblies, of street marches and demonstrations

And in your struggle do not shut yourselves in a narrow nationalist shell. Establish contacts with all the progressive people of other nationalities of the Soviet Union. Do not consider your cause to be solely an internal Soviet matter".

Petro Grigorenko was released from the psychiatric hospital in 1974, probably in part because of international pressure.

He and his wife left for the USA for medical treatment in 1977 and were there stripped of their Soviet citizenship.  Petro Grigorenko died in New York City on 21 February 1987.