More than enough grounds for a vetoUkraine’s Internet Association calls for veto of “biometric” lawHuge passport scam with 45 million victimsUncontrolled snooping versus “universally accepted European practice”More questions about passports, biometric details and Hrytsak’s plansVeto Law on Single State Demographic Register!Whose Access to Information?«Here I stand before you, as if naked…»All-out biometricOngoing passport warsLaw on Biometric Passports vetoed. What next?Initial support in Verkhovna Rada for biometric passportsMoving closer to biometric passports?All Personal Data you provide may be taken and used against youUkraine alone in allowing Internet domain owners to remain anonymous"Personal data protection" as tool for State control and corruptionOne more step towards secrecy and restriction of freedom of speechPrivacy’s triumphant moveUHHRU: President formalizes onslaught on freedom of informationBank Association calls on President to veto Law on Personal Data Protection
• Topics / Privacy 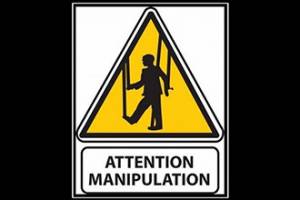 The President has formally used his power of veto with respect to the Law on a Unified State Demographic Register adopted on 2 October. Unfortunately neither the circumstances of the veto nor the scant details available give any grounds for confidence.  A decision was due by the end of October and was only announced – and backdated to 30 October – on 19 November.  The President is known to have put forward “proposals” for amendments needed to gain his signature. Interfax Ukraine reports a source within the parliamentary Party of the Regions faction as saying that these proposals may be considered this week and that the Party of the Regions will be supporting them.

Maxim Shcherbatyuk, lawyer for the Ukrainian Helsinki Human Rights Union believes the proposals to be largely “cosmetic”. He mentions the right of people to refuse biometric documents on religious grounds; two conflicting norms regarding sailors’ documents and removal of a vague term about other documents identifying a person and their special status, stipulated by Ukrainian laws.

If the amendments are indeed as minor as these, there is great cause for concern since the “veto” must also be considered cosmetic.  This is of grave concern because of the very cogent arguments against the bill. These have been put to the President in appeals by a very large number of human rights and other NGOs and it is frustrating that they are clearly not being heeded.

The following is a brief summary of the issues. Please see Uncontrolled snooping vs. “universally accepted European practice” and President urged to veto Law on Single State Demographic Register  for more details.

A single register is proposed without any indication of the purpose for the information stored, nor indication of how it will be protected.  The database will contain a sample signature, fingerprints and biometric data with all the information able to be shared between different ministries, departments etc.  There are no mechanisms for protecting sensitive personal data and all grounds for fearing that it would soon be available on the flourishing black market.

The law has been submitted by a Party of the Regions MP Vasyl Hrytsak who is closely associated with the SSAPS Consortium [the Single State Automated Passport System] which stands to profit enormously from the move. In fact, Hrytsak has put forward such proposals before and they were rejected.  The protest is just as well-founded and vocal this time, but the President has already indicated much more inclination to sign the basic law.  Why can only be guessed, however it may be relevant that Hrytsak did not feel the need to stand for re-election this year.

Certainly the bill will bring billions to the SSAPS Consortium with this being largely at the expense of ordinary Ukrainian citizens. The excuse put forward that this bill is needed to meet Ukraine’s obligations under the EU-Ukraine Visa Liberalization Action Plan will not wash.  The EU requires only that Ukrainians have biometric passports for travelling beyond Ukraine’s borders.  The draft law instead proposes over 13 documents with biometric data including the internal “passport” or ID document, driving licence and others. These are vast pickings for SSAPS and an intolerable financial burden for most Ukrainians, as well as dooming the latter to massive queues and yet greater bureaucracy.