Yet another journalist gunned down in the Russian Federation 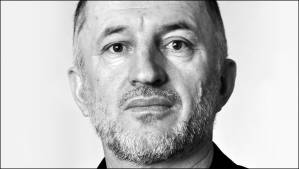 Amnesty International: Yet another journalist has been killed in the North Caucasus while those behind past threats and assassinations remain at large

In the morning of 9 July 2013, journalist Akhmednabi Akhmednabiev was assassinated by an unknown gunman near his home in the village of Semender in Dagestan, Russian Federation. This shocking killing comes less than two years after the assassination of his colleague, journalist Khadzhimurad Kamalov, in the Dagestani capital Makhachkala in December 2011. Both these journalists were from among the courageous few who reported on injustice, human rights violations by members of security forces, and corruption in this troubled North Caucasus republic. Both appeared on the so-called “assassination list”, a flier compiled by anonymous authors and distributed in Makhachkala in September 2009. The flier promised blood vengeance against suspected armed group members and their “accomplices”, including several independent journalists, lawyers and human rights defenders. Its authors have never been found, nor have been Khadzhimurad Kamalov’s killers.

In May 2012, Akhmednabi Akhmednabiev complained of anonymous threats he had received on his mobile. This was after a demonstration in Makhachkala on which he had reported and where the protesters demanded, amongst other things, that those behind the recent killing of five local men be promptly found. “You will be next” read the text message addressed to the journalist. Two Dagestani lawyers, Sapiyat Magomedova and Musa Suslanov, who represent the families of the five killed men, also received anonymous threats via text messages earlier this year (see “Lawyers in Dagestan receive death threats”, Urgent Action EUR 46/016/2013, 4 June 2013, http://amnesty.org/en/library/info/EUR46/016/2013/en).

In January 2013, Akhmednabi Akhmednabiev survived an attempt on his life, but again, the gunman who had fired four times in his direction has never been found. The criminal investigation opened by the authorities in connection was launched not in connection with an attempted killing but “destruction of property”.

The Russian federal and regional authorities must ensure that journalists, lawyers human and rights defenders are able to go about their work unhindered. They must promptly and impartially investigate this killing, and all other past killings, attacks and threats against journalists, human rights defenders and lawyers in the North Caucasus.