Journalist and civic activist abducted and killed in Kyiv 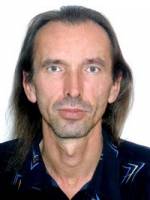 The publication Kamenyar-info has reported that their journalist, Volodymyr Martsyshevsky was abducted on June 11 from the Maidan Press Centre in Kyiv by men in camouflage.   He was found later that evening in the Bereznyaki district. He had been savagely beaten, with damage caused to his lungs and 8 ribs fractured.

His colleagues told Telekritika that he was still conscious but could not tell them anything about those who abductor and beat him.

Volodymyr Martsyshevsky died on Saturday morning, June 14.  He was a civic activist who was involved in defending Hostyny Dvir, a landmark building in the very centre of Kyiv which the previous regime removed from the list of monuments under State protection (more details here: http://khpg.org/1369581519 )

He took part in the Orange Revolution as well as the protests in 2012 over a highly contentious language law.  He was a member of the Union of Inventors and Innovators and other civic organizations, and a major of the ‘Ukrainian Register Cossacks’ [a civic organization.