Leonid Plyushch: Open letter to the President of UkraineCARNIVAL AS CATHARSIS (OR “GOOD TO REMEMBER”)
• Topics / We remember 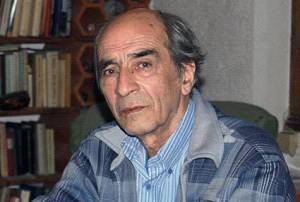 Leonid Plyushch, an active member of the Soviet human rights movement and victim of punitive psychiatry has died in France.  He was 76, and had lived in France since being exiled from the Soviet Union in 1976 following a major campaign for his release from incarceration in a KGB psychiatric ‘hospital’.  Although concentrating mainly on literary issues in recent years, Leonid Ivanovych followed events in Ukraine and always responded when voices were needed against injustice.

Leonid Plyushch was a mathematician by profession, though became known for his publicist writings and literary analysis, as well as for his autobiography ‘History’s Carnival’.  He was born in Kirgizia on 26 April 1939, but spent his childhood and the years until exile in Ukraine.  His professional career as mathematician in the USSR largely ended in 1968 due to his human rights activities.

Leonid Ivanovych was a vital link between Ukrainian and Russian dissidents.  In 1964 he wrote a letter to the Central Committee of the Soviet Communist Party proposing democratization of the Soviet system.   That letter and other writings were published in Samizdat.  At the time Plyushch remained a committed Marxist, still believing in ‘socialism with a human face’.

In 1968 he was dismissed from the Cybernetics Institute of the Academy of Sciences for a letter sent to the newspaper Komsomolskaya Pravda in support of Alexander Ginsburg who was on trial.  Around that time he began passing information to the Chronicle of Current Events [Khronika tekushchikh sobitiy], a Samizdat publication which was vital in informing of Soviet repression.

He signed many appeals during years where each signature could result in arrest and persecution.  These included a letter in 1971 to the Fifth International Congress of Psychiatrists calling on the profession to fight punitive psychiatry in the USSR, as well as letters in support of Alexander Solzhenitsyn, Andrei Sakharov and Vladimir Bukovsky.

In 1969 he became a member of the Initiative Group for the Defence of Human Rights in the USSR, the first such rights group in the Soviet Union.  Together with other members, including Crimean Tatar leader Mustafa Dzhemiliev, he signed a letter to the UN asking for the Soviet Union’s violation of the fundamental right to hold and circulate independent views to be formally discussed.

He was arrested on Jan 15, 1972 (during the second wave of arrests in Ukraine) and charged with ‘anti-Soviet agitation and propaganda’.  In July 1973 he was forcibly incarcerated in the notorious Dnipropetrovsk Special Psychiatric Hospital and held there until January 1976.  The ‘diagnosis’ was of ‘sluggish schizophrenia’, the standard gobbledygook used against victims of punitive psychiatry.

His case attracted a lot of attention abroad and there were many protests over his effective imprisonment.  This resulted in his being deported from the Soviet Union in January 1976.  Probably needless to say, he was found to be mentally fit and well by psychiatrists in the West.

In recent years, Leonid Plyushch concentrated mainly on literary criticism, but also followed events in Ukraine and Russia.  He had a wonderful sense of humour, witty though gentle, and his analysis was always clear-headed and free of any jargon or stereotypes.  As mentioned, he was always ready to add his voice in defence of those facing repression.