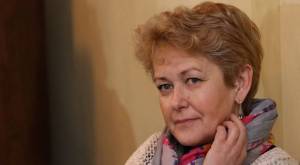 Iryna Mahdysh, Head of the Lviv Department of Culture, was forced to resign on Oct 7 after Lviv Mayor Andriy Sadovy stated that he “could hardly work in the same team with her”.  It is likely that Sadovy’s ‘public apology’ for opinions which Mahdysh expressed in a Ukrainska Pravda interview was given with an eye to the approaching elections, given that many people were offended by her views.  The scandal and Mahdysh’s forced resignation have, however, aroused concern given that Ukraine is a secular country whose Constitution states clearly that each citizen has the right to profess or not profess any religion, and that no religion should be recognized by the State as mandatory.

Iryna Mahdysh was being interviewed in her official capacity as a top Department of Culture official.   She was asked about the changes she had made after becoming head of the Department of Culture, and her concentration on developing the outer districts of the city which tourists do not usually see.  She explained her position, namely, that development of tourism in Lviv is at odds with the interests and development of the residents themselves.

Tourists come for a few days, want to see the sights, eat well, and then they go away. The city, however, has almost a million inhabitants with quite different day-to-day and cultural needs.

“There are districts where there is nothing at all – not one cultural centre, not one library, theatre or cinema. They’re dead in any cultural sense. The only entertainment for people in such a district is the Church.

And the Church begins to get fat on this and abuse the situation in a shocking manner.  In one of such districts there is a figure of the Holy Mother of God in each school foyer, surrounded by flowers, a small altar. I’ve sometimes turned up and found the priest performing a service there during lesson time, with the children standing in a line before this altar.

Nobody could explain why the children were there and not at their lessons.

That is their money.  Their parishioners – that’s their money, and the parishioners need to be brought up from an early age.  If a person is used to going to church as the only entertainment in their life, and bringing donations, the Church will flourish.

I am not against religion, that is a person’s own matter.  But the Church must not be the only institution and cultural thing on offer.  We must offer people other possibilities”.

The interview is longer, but it was this excerpt that enraged a Ukrainian Greek Catholic priest Yustin Boiko who wrote an angry letter to the Mayor.  It was not strictly a denunciation since he writes at the end that he did first speak by telephone with Iryna Mahdysh.

His letter to Sadovy is strong.  Since Mahdysh is interviewed as an official, he demands to know whether her position reflects Sadovy’s and that of the City Council.  If it does, he demands that Sadovy explains this as the latter publicly calls himself a Greek Catholic and “stresses the great role of the Church in building the spiritual and cultural life of the People”.

He asserts, without providing any detail, that this is not the first time that Iryna Mahdysh as head of the Department “has hurled mud at Christ’s Church and spiritual values”.   Sadovy’s silence will be interpreted as support for Mahdysh’ words.

Sadovy chose not to remain silent.  On his Facebook page he ‘apologised’ for Mahdysh’s words, stressed the social activity of the Ukrainian Greek Catholic Church and said that this Church had at one time greatly helped the City Council in fulfilling social partnership.  While praising Iryna Mahdysh’s abilities and talents, he thought it hardly likely that they could work together.

Iryna Mahdysh responded the same day by handing in her resignation, saying that the situation had reached a dead end.

Mahdysh’s words did indeed offend many people, and she was speaking as an official.  Most of the comments elicited, however, like Sadovy’s, failed to address the question of why Mahdysh had found children taking part in a service around an altar, rather than at their lessons.

Whatever her assessment of the Church, the policy she was talking about, namely, broadening the cultural opportunities for Lviv residents, seems entirely justified.

In neighbouring Russia there have long been attempts to crush any opposition to the Russian Orthodox Church, with exhibitions smashed, and artists and activists set upon “for insulting believers”.    This is a dangerous example to follow.