Mother of baby who died in Russian custody deported 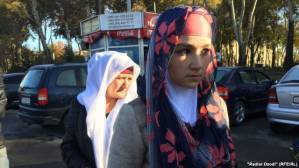 Zarina Yunusova has been deported to Tajikistan, despite the investigation theoretically still underway in Russia into the death of her 5-month-old baby Umarali.  She says she was hastily deported in order to prevent proper investigations into her son’s death. Radio Free Europe reports that she was deported together with the body of her son, meaning that any further medical examination into the cause of Umarali’s death has been precluded.

Zarina Yunusova told journalists on her arrival that her son had been absolutely healthy when police in St. Petersburg took him away from her and her husband last month.  Umarali died on October 14, a day after being taken from his parents who were accused of migration infringements.

Tajikistan’s government has demanded that the Russian authorities investigate the boy’s death, which has sparked protests by Tajik migrants and human rights activists in Russia.

The police arrived at the St Petersburg flat Zarina, her husband Nazarov and Umarali were living in.  Nazarov was at work, and Zarina was taken to the police station together with her son.

She told the media that they hadn’t allowed her to dress the 5-month-old baby properly or even to put a hat on his head.  Crying, he was pulled from her arms in the police station and she never saw him alive again.

She was then ordered to leave Russia by Oct 28, and last week another court ordered her deportation.