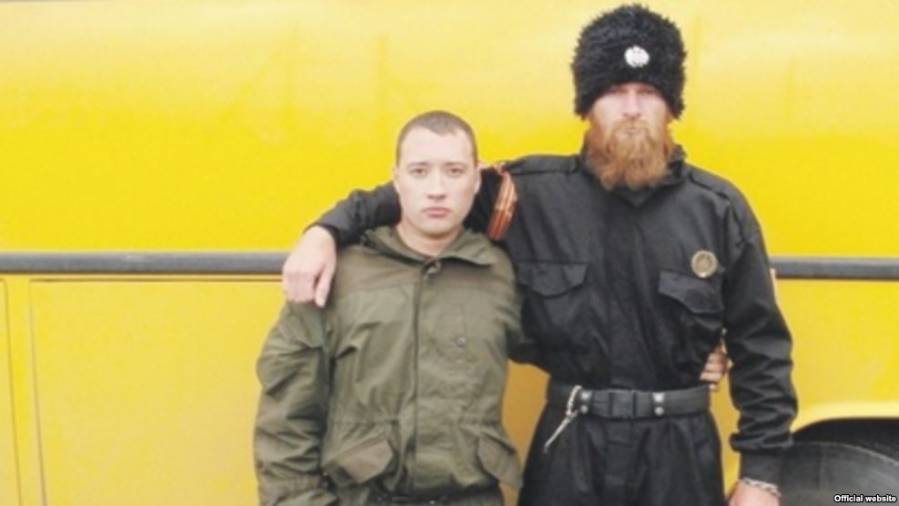 The head of the nationalist Serbian Wolves organization, Aleksandar Sindelic (right), has been recorded telling a political scientist that he had ties with the Russian Defense Ministry (file photo).

In the recording of a video call from March 2015 that was obtained by RFE/RL, the head of the Serbian Wolves organization, Aleksandar Sindelic, told a Serbian political scientist that he has ties with the Russian Defense Ministry and discussed the fate of another nationalist, Bratislav Zivkovic.

Zivkovic, a commander of Serbia’s ultranationalist Chetnik movement, was one of a group of five activists tasked with manning patrol on a road in Crimea alongside Cossacks in March 2014, according to a report from the peninsula at the time by the Reuters news agency.

Russia seized control of Crimea that month after sending in troops and staging a referendum denounced as illegal by Ukraine and 100 UN member states. In April 2014, an armed conflict between Kyiv’s forces and Russia-backed separatists erupted in the Donbas region, northeast of Crimea.

In the recorded conversation with political scientist Vencislav Bujic, Sindelic suggested that he had vouched for Zivkovic with the Russian military, enabling him to travel to Crimea and help Russia secure and maintain control over the peninsula.

"When they were checking him, while he was in Crimea, he had a guarantee that I gave him here [in Serbia], and he passed the check at the time," Sindelic said in the conversation, which Bujic said took place on March 11, 2015.

Sindelic said that he had since lost his trust in Zivkovic and intended, during a trip to Moscow that he was planning to begin the following day, to "go straight to the Russian Defense Ministry" and warn officials about him.

In its report from Crimea dated March 14, 2014 -- two days before the referendum -- Reuters cited Zivkovic as saying that the Serbs were there to prevent violence but were willing to fight to ensure the ethnic Russian majority won the right to secede from Ukraine and join Russia.

Sindelic was one of 20 Serbians and Montenegrins arrested in Montenegro on November 16 in connection with the alleged plot to assassinate then-Prime Minister Milo Djukanovic in October and incite a coup in order to prevent the country from joining NATO.

Montenegrin authorities have alleged Russian involvement, and on November 18 prosecutors released the names of two Russians -- Eduard Shirokov and Vladimir Popov – whom they accused of organizing a criminal group to carry out the alleged plot.

Sindelic has reportedly testified that he was drawn into the plot by "two nationalists from Russia" he had met while fighting alongside the Russia-backed separatists in eastern Ukraine. The whereabouts of the two Russians named by prosecutors are unknown.

Montenegrin authorities announced the 20 arrests on October 16, alleging that the detainees were suspected of planning to carry out attacks after polls closed in the parliamentary election that day that was billed as a choice between closer ties with Russia and with the West.

Djukanovic -- whose pro-Western party won the most votes but fell short of a majority -- resigned on October 25 after suggesting that Russia was involved in the alleged coup attempt. Russia has denied involvement.