How to End the War in Eastern Ukraine 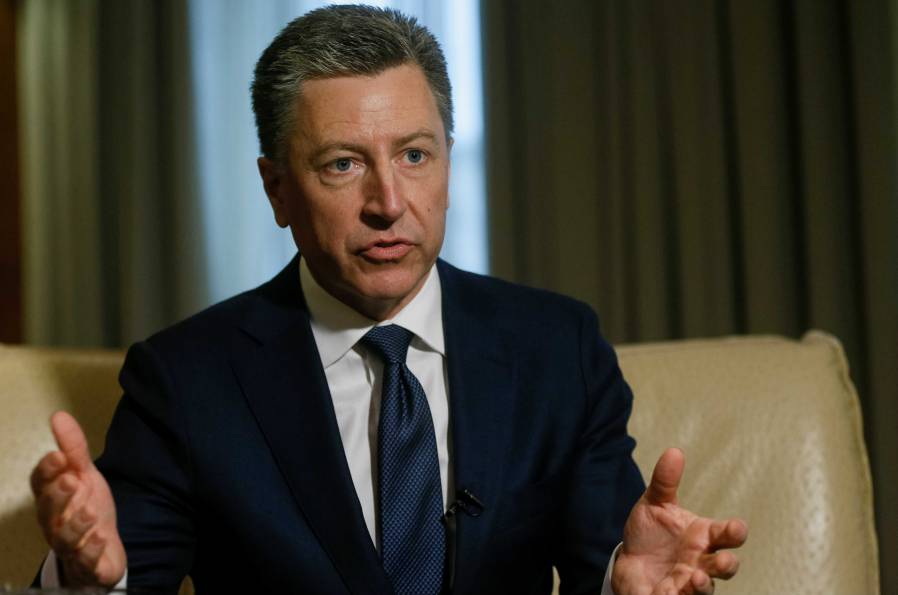 The recent US debate about Russia has focused mainly on Moscow’s disinformation, propaganda, and interference in our elections. But Russia’s aggression against Ukraine remains the original sin and the biggest threat. It’s not just Ukraine’s survival as an independent, democratic state that is on the line, but the future of an international order based on the rule of law rather than the law of the jungle.

That’s why it’s good news that, despite fears that President Donald Trump might throw Ukraine under the bus for the sake of a reset with Moscow, the administration has taken a clear position that better relations with Russia are impossible without a resolution of the Ukraine crisis. Administration officials have developed a reasonably coherent strategy aimed at achieving a diplomatic solution, and they have appointed a capable diplomat, Kurt Volker, to carry it out.

This strategy will only succeed if the United States remains strong, united with our allies, and uncompromising in our principles. That means refusing to recognize the illegal annexation of Crimea and insisting on its return to Ukraine, however long it takes. In the case of the occupied areas of the Donbas, it means maintaining and, if necessary, increasing the pressure until Russia agrees to end its occupation and restore Ukrainian sovereignty in full, as called for in the Minsk agreements.

For the first time since 2014, the Kremlin may be looking for a way out of the Donbas. While the Crimean annexation has been a winner for Russian President Vladimir Putin in domestic terms, his plans for a second secessionist rump state across southern Ukraine—the “Novorossiya” project—did not play out as intended. Three years of occupation and low-level conflict in the Donbas have strengthened Ukrainian national identity and resolve, without seriously derailing the reform process or implementation of the EU association agreement.

By now, Putin has figured out that sanctions are not going to be lifted for free and that transatlantic unity is not as easy to break as he expected. Plus, he now needs to reckon with the possibility that the United States will deliver additional defensive weapons to Ukraine, which will make it harder to launch any new offensives without the risk of significant casualties—a sensitive issue for Putin at home.

So it seems that the new US strategy is beginning to work, and Putin’s September peacekeeping proposal may indicate that he is considering ways to cut his losses. He may not make a decision until after Russia’s 2018 presidential election. And even then, it’s not yet clear whether he will opt for full restoration of Ukrainian sovereignty over the Donbas, or whether he might seek to freeze the conflict and create another puppet state like Transnistria.

The challenge is to convince Putin to choose the right path: full Minsk. We should test him at the negotiating table by proposing a robust peacekeeping force that could ensure full restoration of Ukraine’s sovereignty, while at the same time showing him that the costs of continued occupation will only rise over time.

The mandate for a peacekeeping force should be clearly defined as implementing Minsk in all its aspects, not just protecting the OSCE monitors as Putin proposed. The force should have free access to all the occupied territories, including the authority to secure the entire international border. This is a sine qua non so that Russian weapons transfers across the border can no longer take place, and so that the little green men and “volunteers,” once they’ve gone home, cannot come back in. The peacekeeping force should have the authority to enforce the ceasefire and withdrawal of heavy weapons, establish law and order, and ensure the safety of the civilian population, including returning refugees and IDPs. Ideally, it should oversee the installation of an interim UN civilian administration that would restore effective governance, prepare the ground for elections, and facilitate the transition back to Ukrainian sovereignty.

None of this will happen without steps to pressure Putin to negotiate seriously. On sanctions, it is important that the administration avoid further delay in making use of the additional authorities contained in the new sanctions law, in consultation with our European partners. Just as important, the administration should promptly submit the report required by the legislation on Russian oligarchs close to the Putin regime. While not spelled out in the legislation, this could serve as the basis for additional targeted financial sanctions on the main cronies whom Putin depends on for political support, and who are directly or indirectly complicit in the ongoing aggression against Ukraine. If the oligarchs who make up Putin’s base see their access to the international financial system and their ability to travel in the West at risk, they could increase the pressure on Putin to make a deal in the Donbas.

The administration should follow through on its repeated statements of support for providing defensive weapons to Ukraine. In the short term, Ukrainian commanders seem most interested in non-lethal equipment like additional counter-battery radars, reconnaissance drones, armored vehicles, and secure communications. But if Russia refuses to de-escalate, lethal systems such as anti-tank weapons may be needed as an additional deterrent against new Russian offensives. The actual delivery of these weapons could be conditioned on developments on the ground.

Providing defensive weapons would not represent an escalation. Since major fighting ended two years ago, Russia has provided state-of-the-art equipment in huge numbers to the so-called militias, as well as several thousand Russian regular troops and mercenaries. As the victim of aggression, Ukraine deserves help defending itself.

The aim of providing more arms to Ukraine is not to encourage the government to seek a military victory, which Kyiv knows is impossible. Rather, the purpose is to help Ukraine protect its forces and reduce casualties, to deter the Russians by raising the costs of further aggression, and to increase pressure on Russia to negotiate seriously on implementing Minsk.

Will this be enough to alter Putin’s calculus? There’s no guarantee, but I think it will make a difference. It’s not a coincidence that Putin floated his proposal for peacekeepers just weeks after Defense Secretary Jim Mattis talked up the possibility of lethal defensive weapons, and after Congress passed the sanctions bill by an overwhelming margin.

Even if tighter sanctions and increased security assistance don’t change Putin’s calculus on the Donbas, they will make it more difficult for him to destabilize Ukraine. Indeed, in the final analysis, the best leverage against Putin’s ambitions in the Donbas will be the success of Ukraine’s transformation into a prosperous, democratic society.

Alexander Vershbow is a distinguished fellow at the Atlantic Council’s Brent Scowcroft Center on International Security. Vershbow was the deputy secretary general of NATO from 2012 to 2016 and is a former US ambassador to Russia and NATO. This essay is taken from remarks made at a Hudson Institute event on “Maintaining Transatlantic Unity on Ukraine” on October 26.