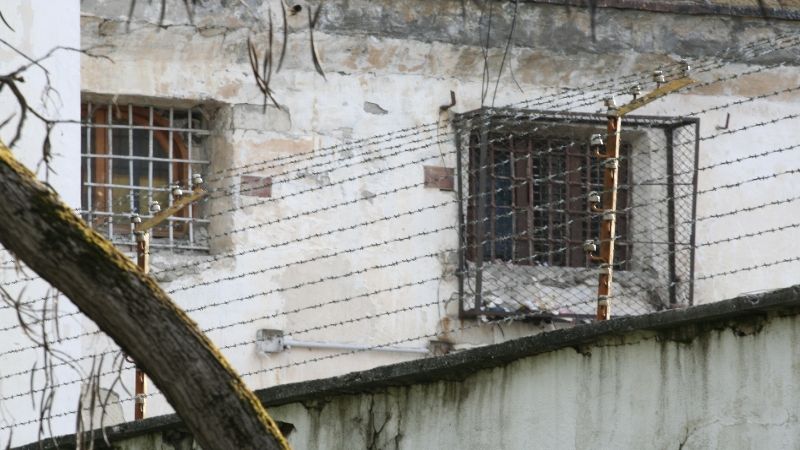 As of 19 April, there have been four unnatural deaths in the Simferopol SIZO [remand prison] in Russian-occupied Crimea.  This SIZO has become notorious over the past four years for the ever-increasing number of political prisoners held there in appalling conditions.

There is, typically, no information from the occupation authorities, however the Crimean Human Rights Group reports that it has learned from a number of independent sources of the death of four men, two of them Crimean Tatar.

They believe that on 6 April two men were found hanged: 69-year-old Sever Bilyalov and Oleg Goncharov, who was 46.

On 13 April, 39-year-old  Islam Iskerov, who had been brought to the SIZO from Dzhankoy, was found in the so-called quarantine cell for new arrivals with his throat cut.

The human rights group points out that in at least two of the cases, there are reasons for doubting a suicide verdict.  Server Bilyalov had reason to hope for the termination of his prosecution and release due to newly emerged circumstances.  Dmitry Shipovnik was in a punishment cell in which people are held only after a through search and are also held under constant surveillance.

They point out also that Islam Iskerov was only accused of theft, with the maximum sentence being a 2-year prison sentence, the minimum – a fairly small fine.

Under the IV Geneva Convention and other international law, an occupying power bears responsibility for the lives of any civilians in their custody.  The Crimean Human Rights Group stresses also that the European Court of Human Rights considers any state – or occupying power – to be responsible for deaths while in detention since the person was totally under their control.  The onus of responsibility for demonstrating that all was done to prevent these deaths therefore lies on the head of SIZO-1, Russian Interior Services Lieutenant Sergei Vladimirovich Berezhnoy and his immediate superior – the head of the Russian Penal Service in Crimea Russian Interior Service Major General Vadim Viktorovich Bulgakov.

It should be noted that the Court in Strasbourg views violations of Article 2 of the European Convention from two angles – whether a state bears direct responsibility for the death, and whether they carried out a proper investigation into the death.

There have been a large number of disappearances, abductions and killings since Russia’s invasion and annexation of Crimea with none really investigated at all.

47-year-old Volodymyr Balukh has now been on hunger strike for over a month in protest at his internationally condemned prison sentence which is essentially over the Ukrainian flag which he refused to remove from his home and his unwavering pro-Ukrainian position.  Independent doctors are not being allowed to see him and there are strong grounds for concern about his condition.

There are other reasons for concern since the SIZO is grossly overcrowded, with men having to take turns to sleep on the available bunks. The cells that the men are held in are small, with only slightly more than 2 m² per person, against the sanitary norm of 4 m².   In summer, particularly, the cells are unbearably hot and stuffy.  The men have to wash their underwear, etc. directly in the cell with this also raising the level of humidity.  There is extremely poor lighting, which is damaging their eyesight, and an almost total lack of fresh air and exercise.  The daily ‘walk’ is in a semi-open area smaller than the size of the cells, which is under the roof so that you can’t even see the sky.

Worth remembering also the strain on the men’s families, who spend hours gathering, packing and delivering parcels to the SIZO, so that they comply with all kinds of restrictions on what can be provided and how.  The same applies to medication, which in many cases is needed because prisoners with chronic medical complaints and / or issues arising from the bad conditions are refused medical treatment.