Documenting war crimes in Ukraine.
The Tribunal for Putin (T4P) global initiative was set up in response to the all-out war launched by Russia against Ukraine in February 2022.
• Topics / The right to life 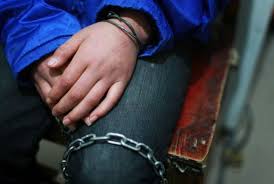 SUMMARY OF THE REPORT

On 17 June 2015 Ukraine joined the International Convention for the Protection of All Persons from Enforced Disappearances, but over the past three years nothing has been done to implement the Convention in domestic law and its application practices. The absence of adequate legal qualifications of enforced disappearance in national law does not allow for the proper application of the provisions of the above-mentioned Convention.

The problem of enforced disappearances is one of the most serious human rights issues in Ukraine. They were carried out by IAF in ORDLO, and units of Ukrainian state structures in the territory under the control of the government. The difference is that ORDLO has no place to complain to, and these crimes remained completely impunity. In the controlled area after the establishment of the military prosecutor’s office in such cases, criminal proceedings were opened on the statements of various entities, although the investigation as a whole cannot be considered effective.

Since November 2015, enforced disappearances in the controlled territory were not recorded by us (except disappearances made by the SBU for exchange). In ORDLO in 2014, they were held daily. After the military conflict entered the stage of low intensity the number of disappearances decreased, but they remain frequent. The fate of the disappeared persons is not notified about. The disappeared persons are only recognized among the deceased with the traces of a violent death after a period that could last between several hours and several months or more, or it turns out that a disappeared person is in the place of detention of the s.-c. MSS.

Lack of a single methodology of definition of the missing persons, and coordination between various State bodies led to appearance of various assessments of the number of disappearances in the zone of military conflict – between several hundreds and several thousands of persons.

It is clear that many missing persons could be dead and their bodies are either not found at all or not identified. As of 1 April 2018, 307 deceased persons remain unidentified.

The database of CO “Shore of Peace” contains the data about 2878 missing persons for the entire period of the military conflict in the East of Ukraine. As of late May 2018, the database contains 1148 missing persons, of them 150 military persons, 998 civilians. Unidentified deceased – 152. According to the data of “Child Search Service” of CO “Magnolia” as of 1 June, 2018, in 2014-2018 102 children went missing in Donetsk region, 7 of them are still missing, 123 children went missing in Luhansk region, none of them are in the search as of now.

The SSU is responsible for enforced disappearances for the purpose of exchanging prisoners of war and civilian hostages who are in custody in ORDLO. The SSU forms a so-called ‘exchange fund’: it looks for people who are implicated in committed crimes linked with separatism, state treason, terrorism or other offenses under SSU jurisdiction, detains them and offers exchange for those held prisoner in LNR or DNR instead of criminal prosecution and long sentences. The detainees tend to agree to the exchange.

Then they are taken to unknown places of pre-trial detention of the SSU, which according to law cannot be in the SSU, where they are kept before exchange without any communication with the outside world.

Where exactly these "secret prisons of the SSU" are located is unclear. Reports of the international organizations and separate testimonies point to cells in the SSU departments of eastern cities of Ukraine.

On 26 May 2017 a draft law no. 6521 was introduced to the Verkhovna Rada of Ukraine concerning the functioning of pre-trial investigation centers controlled by SSU. The offered draft law actually proposes to unite in one authority – SSU – the functions of investigation and detention, that is, to return to the inquisition practices of treating the prisoners of former USSR. This bill, on our deep conviction, must
be necessarily rejected.

There were also enforced disappearances and the transfer of asylum seekers in Ukraine to Russia and other countries. In some cases, the SBU was directly involved in these disappearances.

You can find full report below.