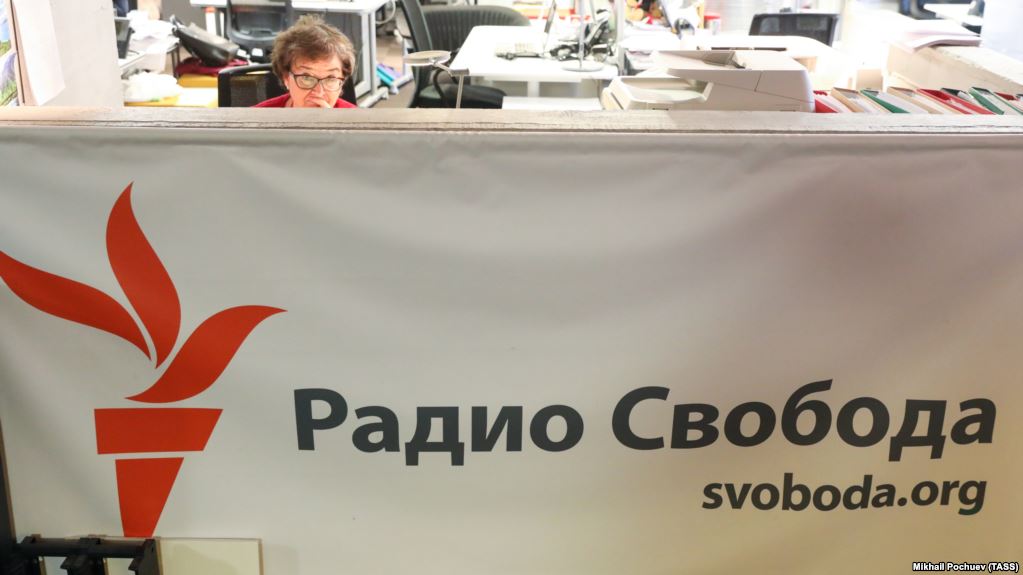 MOSCOW -- A Moscow court has fined Radio Free Europe/Radio Liberty (RFE/RL) after ruling that it had failed to comply with a Russian law regulating media outlets branded by the government as "foreign agents."

The Tverskoi district court on July 5 ordered RFE/RL to pay 100,000 rubles ($1,600), after the judge rejected a demand by the company’s defense lawyer to postpone the hearing.

RFE/RL said it was considering its legal options. Ultimately, violations of the foreign-agent law could trigger criminal charges against RFE/RL and its staff in Russia and threaten its operations in the country.

Attorneys for RFE/RL have defended the legally mandated filings made by the company, saying there was a lack of clarity as to when the reports were due.

RFE/RL President Thomas Kent said the prosecution of RFE/RL was a “sharp new escalation in a series of Russian actions aimed at hamstringing the work of the company and at casting public suspicion on its Russian staff.”

The designation was based on a law signed by President Vladimir Putin in November allowing the government to apply the label to media outlets who receive funding from abroad. The law drew sharp criticism from Western governments and rights activists.

Kent said that the entire law appears to have been politically motivated from the start.

“Of all the foreign media working in Russia, only media funded by the U.S. Congress have been designated as ‘media foreign agents’ under this law,” Kent said. “We view the law as conceived exclusively to target us. U.S. laws guarantee our editorial independence. Suggestions that we are agents of any government are false. They have already affected our ability to gather news in Russia, and they create danger for our people there.”

RFE/RL and VOA are overseen by the Broadcasting Board of Governors, a U.S. agency that supervises civilian government broadcasting and media operations. VOA is a federal entity, while RFE/RL is a private, nonprofit organization funded by a grant from the U.S. Congress.

The “foreign agent” designation places the media outlets in question under the requirements of a controversial 2012 law allowing authorities to apply the same label to nongovernmental organizations that receive foreign funding and are deemed to engage in “political” activity.

Violations of the reporting requirements under that law are punishable by a fine -- or even up to two years in prison if the organization is deemed to have “deliberately” failed to comply.

The law signed by Putin also requires media outlets hit with the label to publish a notice informing their audiences of their “foreign-agent” status.
Russian officials have said the law is a "symmetrical response" after the satellitve TV network formerly known as Russia Today last year was required to register its U.S. operating unit under the Foreign Agents Registration Act, an 80-year-old law passed to curb the spread of Nazi propaganda.

Now known as RT, the TV channel has been accused by U.S. intelligence authorities of spreading propaganda.

U.S. officials argue that the U.S. and Russian laws are different and that Russia uses its foreign-agent legislation to silence dissent and discourage a free exchange of ideas.

Russia’s lower house of parliament is currently considering legislation that could allow the government to extend the label to specific individuals who received money from abroad and publish for media outlets designated as “foreign agents.”

The proposed legislation would require individual journalists to undergo annual audits, submit biannual reports on their activities, and put a foreign-agent label on all produced content, according to news reports.