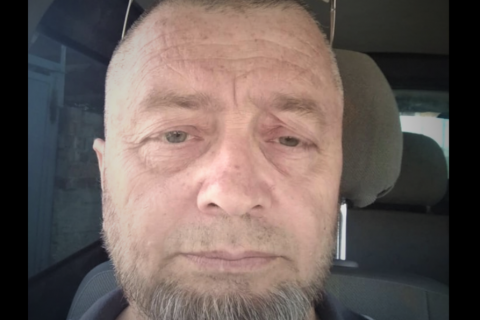 58-year-old Dzhemil Gafarov suffers form several life-threatening medical conditions which should preclude his imprisonment, yet Russia is refusing to release him  Instead, the Russian-controlled Crimean ‘ombudsperson’, Larysa Opanasiuk has simply claimed that she visited the recognized political prisoner in the notorious Simferopol SIZO [remand prison], that he had made no complaints and that he looked well..

Gafarov’s lawyer, Rifat Yakhin has rejected this assertion and doubts that Opanasiuk  visited his client at all.  He last saw Gafarov at the SIZO on Friday, 31 January and the latter said nothing about any visit.  He is also sceptical as he has approached the Ombudspersons (presumably also the Russian Ombudsperson Tatyana Moskalkova) on numerous occasions, and has only ever received notification that the approach has been received or passed to another body.  Opanasiuk’s claim that all is well is especially cynical since Gafarov has been deprived of any medical care since his arrest on 27 March 2019, despite severe kidney disease and heart problems.

The Russian prison service has also claimed in a response to Krym.Realii that Gafarov does not need any medical assistance.

Gafarov has fourth stage kidney disease which is only a step away from the fifth, namely kidney failure.  According to Raziye Gafarova, this means that her husband is experiencing a permanent state of blood poisoning.  By now, the level of filtration of the kidneys is between a quarter and a third of what it would be for a person in good health.  According to Olga Mazurova, a Russian doctor and initiator of a petition calling for Gafarov to be released from custody, this is typical of a person in pre-dialysis stage.

Gafarov’s kidney disease also caused him to suffer a heart attack in 2017, and he urgently requires proper medical care. Instead Yakhin and Gafarov’s wife have even had to fight through the courts for Gafarov to simply be examined by doctors.

They succeeded twice, however, Gafarov is a political prisoner and in each case the doctors provided what was expected of them, namely the claim that the 58-year-old was well enough to be in SIZO, where the conditions are tantamount to torture,

During at least one of these ‘examinations’, Gafarov was chained to a bed and surrounded by armed men.

Even had there been any grounds for such heavy-handed measures, they would have been inappropriate as Gafarov’s medically documented condition should preclude his imprisonment even according to Russian legislation.

In fact, Gafarov is not suspected of any internationally recognized crime at all.  He is one of 24 Crimean Tatar civic activists and journalists who were arrested on 27 March 2019 in a move that was condemned by the international community.

The ‘operation’ that began on 27 March 2019 was the largest-scale wave of armed searches and arrests since Russia invaded and annexed Crimea in 2014.  All the men are accused of ‘involvement’ in the Hizb ut-Tahrir movement, a pan-Islamist party which is legal in Ukraine and which is not known to have ever committed any acts of terrorism anywhere in the world.  Memorial HRC notes that:  “This time repression is directed not merely against peaceful Muslims, not simply against Crimean Tatars, but against peaceful civic resistance to the Kremlin’s political repression in Crimea. People who have provided victims with information support, who organized parcels to prisoners and help for their families, and regularly attended politically motivated court hearings, have now ended up behind bars. Most of the arrested men are connected with the human rights movement Crimean Solidarity which supports victims of persecution.  It is extremely likely that in this situation, the convenient and already standard charge of involvement in Hizb ut-Tahrir is purely a pretext and means for crushing Crimean Tatars’ civic solidarity and activism.”