In Memory: Raisa Rudenko, imprisoned by the Soviet regime for her role in the Ukrainian Helsinki Group“In Ukrainian” must not descend into primitivism
• Topics / We remember 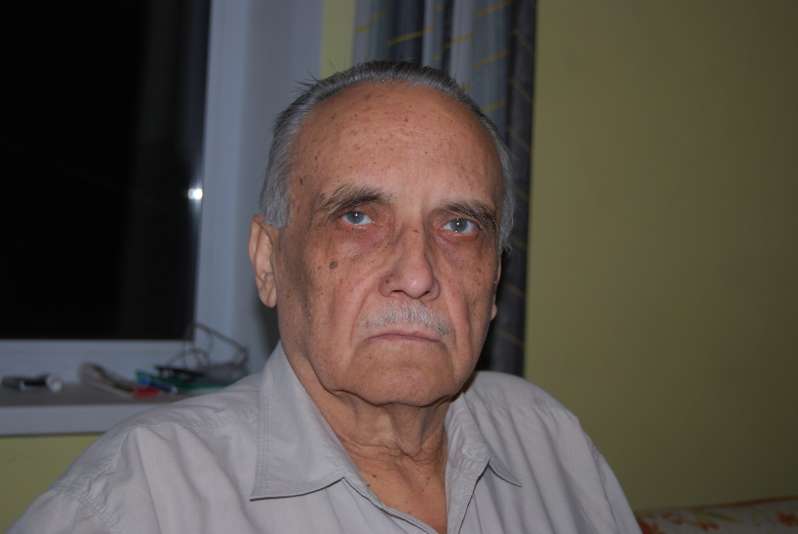 Zynoviy Antonyuk, former Soviet dissident, publicists and human rights defender, has died at the age of 86, after many years of illness.  He was not one of the most prominent of the former dissidents, but was a very original and deep thinker and would invariably speak in defence of the persecuted, including during the Viktor Yanukovych regime.

Antonyuk was born on 24 December 1933 in Kholmshchyna, then part of Poland.  His education, including a doctorate, was as a production engineer, however his life changed dramatically in the early 1960s, as he met some of the first Ukrainian dissidents and became involved in the Samizdat movement.

It was especially Ivan Svitlichny who was to have a huge influence on Antonyuk’s thinking.  Svitlychny died in 1992, however he had been very ill for almost 10 years after serving a 10-year sentence in the notorious Perm-36 political labour camp.  In a text about both Svitlychny and his role for Antonyuk entitled, If not me, then who?’, Antonyuk wrote that until 1962 he had been quite passive in his attitude to life. He wanted changes, but assumed that they would somehow just come. He did not understand that real inner development comes “through overcoming any ideologizing of consciousness, through development of your individual self”.

“I understood for the first time that real patriotism, not that which is for show alone, is always quiet, always serious and always civic, and not ethnic in a narrow sense”.

«Ukraine has only with difficulty recognized the need to intertwine its struggle for liberation into a global context of universal principles of respect for human rights.  Mentality and the habit of subordinating oneself to mythical higher national interests, and, mainly, ignoring individuality got in the way. Even after decades in which the Universal Declaration of Human Rights has been widely circulated in Ukraine, the understanding is not firmly entrenched of the self-sufficiency of the individual with unconditionally innate freedom, as well as the values of the freedom of the individual per se, of the individual who observes clear moral principles”.

Svitlychny’s arrest during the first wave of arrests of Ukrainian intellectuals in 1965 had a devastating effect on Antonyuk, but did not silence him. He continued actively duplicating and circulating Samizdat material, the only – very dangerous – way of circulating truthful information and ‘dissident’ views at a time of mass censorship, when the KGB stood guard at any photocopying machines.

The continued Samizdat activities were also a way of trying to help those arrested in 1965.  As Antonyuk later explained, “The most important thing was Samizdat.  It was vital to convince the leadership that they had chosen the wrong people, that Samizdat activity was continuing without those arrested”.

Antonyuk was arrested on 13 January 1972 during the second wave of repression against free-thinking Ukrainians.

His ‘trial’. supposedly open, although in fact closed to his friends, took place in the first half of August 1972.  He was found guilty of so-called ‘anti-Soviet agitation and propaganda’ (under Article 62  § 1 of the Ukrainian’s SSR’s criminal code) and sentenced to seven years in a harsh regime labour camp, followed by a further three years in exile.

He was imprisoned for the entire sentence in ‘Perm-35’.  He was in very ill health, and kept being placed in the prison hospital, only to be sent back to the normal barracks, on the orders of the administration or KGB.

Despite his physical condition, he played an active role in the struggle for political prisoner status, including hunger strikes.  He was also one of the key figures in ensuring that information about the camp and its political prisoners was smuggled out.  Antonyuk would write out in miniscule handwriting the majority of messages providing information about the situation in the camp and other material.  Andrei Sakharov showed these notes, prepared by Antonyuk, to foreign correspondents who unfortunately published copies of them.  This enabled the KGB to identify their author, and he was sentenced to three years in the even worse conditions of the Vladimir Prison.

After serving that three-year term, he was sent back to Perm-35, where he as diagnosed as having tuberculosis. Although a medical commission recommended that he be sent to a specialized hospital in Leningrad, this never actually happened.

Antonyuk was one of the authors, together Yury Orlov, Valery Marchenko and two others, of a well-known Moscow Helsinki Group document on the position of prisoners in the Soviet Union.

Antonyuk returned to Kyiv from imprisonment and then exile in December 1981. His persecution did not stop then.  Although he found manual work (with all roads to anything better effectively closed to former political prisoners), he was imprisoned in 1982 again on trumped up charges of ‘parasitism’.

In independent Ukraine, from 1992 to 1996, Antonyuk served as a member of the Kyiv City Council’s commission to reinstate the rights of those ‘rehabilitated’ victims of the Soviet regime.   He was also on many other councils and boards, including the editorial board of the Kharkiv Human Rights Group’s Human Rights in Ukraine bulletin.

He was a man of very strong ethical principles, and somebody who would always add his voice in support of victims of any inhuman regime.

Zynoviy Antonyuk died in Kyiv during the early hours of 28 April 2020.  He had consistently rejected any state honours and, for that reason, will not be buried in the special row of honour at Baikove Cemetery.