Russia has killed hundreds of civilians in Ukraine with banned cluster munitions Amnesty International’s 4 August statement. A response by the “Tribunal for Putin” initiativeRussia is waging a bloody war against Ukrainian childrenHow are Russia’s missile strikes on civilians in Vinnytsia and Chasiv Yar not terrorism? What ‘denazification? Russian neo-Nazis used to fight Moscow’s war to destroy Ukraine Ukrainian "refugees" in Russia forced to give "testimony" blaming Ukraine for Russian war crimes Huge number feared killed after Russians bomb a school in Luhansk oblast where around 90 civilians had sought shelterEven in Russia, Putin’s ‘denazification’ claims prove no excuse for war against UkraineRomani Voices From Hell: Discrimination, Epidemic, WarChildren abducted, used as weapons and killed in Russia’s war against Ukraine Ukrainian Holocaust survivor dies in a Mariupol basement, seeking refuge from Russian bombs‘I saw fire arrows flying from Kherson...’Summary of events that took place in Kharkiv and Kharkiv region during the first 30 days of the full-scale Russian-Ukrainian war (February 24 – March 25, 2022)Russian invaders kill 96-year-old Ukrainian Holocaust survivor Odesa Christian, Jewish and Muslim faiths unite for Ukraine and against Russian aggression Italy detains Ukrainian theatre director who left Russia in 2014 in protest at its aggression against Ukraine “Kyiv Post has been killed”. Journalists cry foul as crucial Ukrainian English-language newspaper abruptly closes Russia claims its attack on Ukraine and seizure of 24 seamen are not the UN Tribunal"s businessPutin signs decree to let Ukrainian traitors and fugitives from justice hold public office in RussiaTorture, ignored alibi and likely evidence-rigging in murder that triggered Loshchynivka anti-Roma riots
• Topics / The right to a fair trial 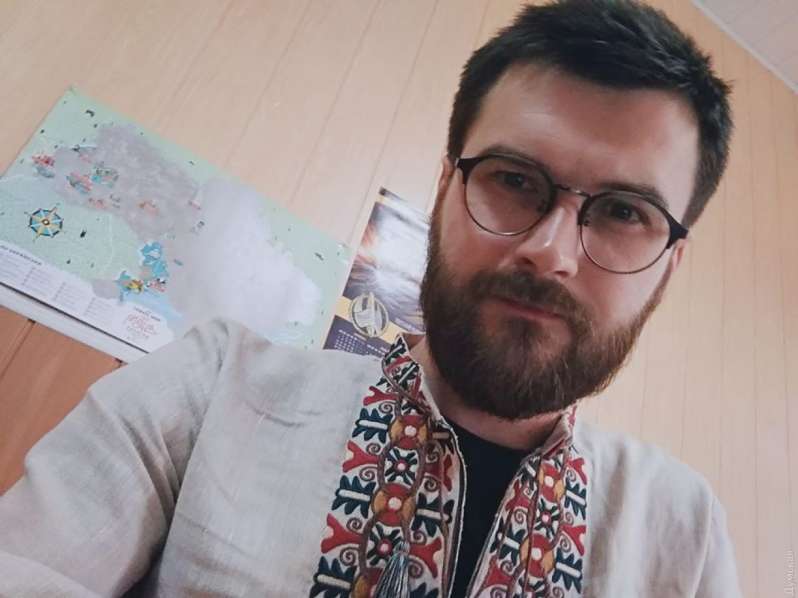 Well-known writers and public figures have publicly expressed concern over the arrest and detention of Odesa poet, Andriy Khayetsky on bizarre charges linked with a tragic fire in a college on 4 December 2019.  Khayetsky is accused of fire safety infringements although he had left his post at the college over two weeks earlier, and had not, in any case, been directly responsible for fire safety.  His detention is particularly disturbing since Khayetsky had resigned from his post due to ill-health after a serious heart operation.  It is very widely felt that the authorities are looking for a scapegoat to blame for yet another fire in Odesa, which should not have claimed so many lives.

The fire broke out in the morning of 4 December 2019 on the third floor of the Odesa College of Economics, Law and the Hotel and Catering Business, which was housed in an old six-storey building on Troitska St, in the centre of Odesa.  The fire spread swiftly over a huge area, making it impossible for people to escape.  Sixteen students and lecturers lost their lives, with many others badly injured.

The police announced that same day that they had initiated a criminal investigation over infringements of fire regulations.

It was reported on 18 May, 2020 that the head of the daytime studies department of the college had been placed under house arrest.  She is accused of having left an electric heater unattended in her office, with this believed to have caused the fire.  The charges against her are of infringing fire regulations, with this leading to a fire that caused fatalities, and damage of a particularly large scale  (Article 270 § 2 of Ukraine’s Criminal Code).

The director of the college, and the administrative and economic affairs manager [admin manager] are already under house arrest, on the same charge.  It is unclear whether this is solely by virtue of their positions, or because of specific actions.

Then on 22 May, the Odesa Regional Prosecutor’s Office reported that the former deputy administration manager had been remanded in custody, without the possibility of bail. The charges are the same as above, only the prosecutor claimed that Khayetsky had been in hiding, and had therefore been placed on the wanted list.

He had not been in hiding, and had not answered the summonses, since these had been sent to an address that he is not living at.

There was considerable public indignation, especially in Odesa, after the news of Khayetsky’s arrest became known. A friend of the poet’s told the Odesa news site Dumskaya that Khayetsky had been a witness in the case, and that the investigator had known that he was not living with his parents.  Khayetsky had learned in the media of the notification, in absentia, of charges while visiting a friend in Vinnytsa, and had immediately returned to Odesa and gone to the investigator himself, on 21 May.  It is already worrying that the investigator should have asked for, and the court agreed to Khayetsky’s detention, once he explained that he had not received the summonses.  What makes it all seem positively sinister is that the prosecutor is claiming that Khayetsky was employed in the post until 2 December 2020.  He had, in fact, announced that he would be leaving a full month earlier, on 4 November 2019, and his formal resignation was signed on 18 November.

It is curious that the person who replaced Khayetsky, Tetyana Solovey, is not facing charges, but is a witness in the case. According to journalist Olena Rotari, the instructions for the post which Khayetsky held made it clear that he was not responsible for fire safety, only for organizing fire safety training.  Rotari asserts that Oleksiy Koval was responsible for the fire safety of the entire college, while Tetyana Fomich answered for the block on Troitska St., where the fire took place.   This is clear from the payment document for their training, the last section of which had been in September 2019.  It seems that the judge even acknowledged his awareness that it was Fomich who bore responsibility for fire safety, although that did not stop him placing Khayetsky in detention.

These two people, Rotari says, are not facing any charges.  Nor is there any mention in the case of the fire inspector who, in 2017, reported that the building met fire regulations.  It seems very unlikely that, at least in 2019, this was the case since the fire spread quickly enough over four thousand m² for people to have not had time to escape.

Oleh Konstantinov, Chief Editor of Dumskaya, has accused the investigators of using torture through this move.  They have knowingly placed a highly vulnerable person into the harsh conditions of the Odesa SIZO [remand prison] not long after a serious operation needed because of a dysfunctional heart valve. It should be noted that this condition would place his life in very real danger in the event of a coronavirus outbreak which is a threat for any prison at the moment.  Konstantinov is convinced that the investigators are hoping, in such a situation, ‘to persuade’ Khayetsky to admit to the charges, so that they can get their statistics on convictions over the tragedy, bonuses or even promotion.

In a statement issued on 26 May, members of PEN Ukraine spoke of “an attempt to deflect public attention, as well as that of the law enforcement bodies, from those whose position meant that they answered for fire safety, and who managed the finance and signed the relevant documents in the college”.

They point out that detention is the harshest possible preventive measure and one that, in this case, has little in common with justice.  Khayetsky is a principled and decent person, they believe, who has played an active role in human rights campaigns.  He also has third group invalidity status and, with an artificial heart valve, should clearly not be in detention.

They call on the Odesa Court of Appeal to change the preventive measure for one not involving detention.

The appeal hearing is scheduled for 28 May.