The Easing of Morals 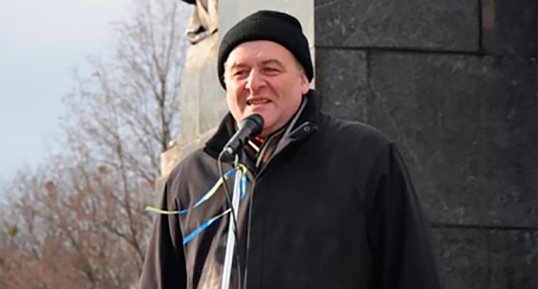 It is just as important… to have: a general easing of morals and the spread of beliefs about the equality of all people.

The other day I gave an interview with journalist. He suddenly asked, what must be done in order to overcome our difficult situation? I answered, but now I wanted to emphasize the main point: the condition that is necessary to achieve change for the better is an easing of morals.

The “easing of morals” was repeatedly covered by all Russian classical literature of the 19th century. We are well aware of the fiasco of the attempts to translate this concept in the Russian empire.

In 1939, the 22 year old future war hero and 35th President of the U.S. John Kennedy visited the USSR and was amazed at the rudeness and cruelty that he saw there.

After the end of the Second World War, regardless of the colossal casualties, the morals in these territories practically did not change. People continued to be instruments for the fulfilment of state objectives, while their lives, health and interests were neglected by officials.

In 1991, the Soviet world collapsed, and Ukraine became independent. It was written in the Constitution, that the life and health, honour and dignity, sanctity and safety of a person are the highest social values, and the assertion and maintenance of the rights and freedom of a person are the main duties of the state. However, already 29 years of independence have passed, and reality proves daily that the constitutional order is a false hypocrisy. No, in accordance with the Soviet anecdote that “all in the name of man, all thanks to man, and the Chukchi even saw the man himself!”, we are well aware of the fact that the state cares about lives, health … and further only a small section of the population, while the rest of it is interested only in the context of the “correct” vote during the next election race. How many presidents, parliaments and governments have changed, while their relationship with the people remains harsh and cruel, and people perceive this as a norm; it doesn’t even occur to them that it should and could be otherwise?

Here are some literal recent examples from this week.

As for the Amnesty Bill (r. no. 3397), submitted to the government on the 27th of April, during this period of time it was only looked at by one parliamentary committee – the human rights committee. There is no real desire to show humanity in relation to convicts of pensioner age, invalids from groups 1 and 2, pregnant women, women with children under 5 years old; these people have no parliamentary majority. Moreover, the mentioned bill does not provide for the release of those who committed acts of serious violence and especially grave crimes, therefore any fear that killers, rapists and other hardened criminals will be unfounded. In addition to this, the amnesty is in no way an exemption from the obligation to compensate for harm, due to the crime that the court found the criminal responsible for. The last amnesties in Ukraine were in 2014 and 2016.

On the question of why the bill is being ignored, the involved persons reply that they haven’t had the chance to accept because … the President is against it; since it is an unpopular measure, which could negatively affect his political ratings. So time should not be spent on it!

So it’s like that! The President is worried about “future landings”, and doesn’t want to release anyone, regardless of the real threat to life from the epidemic. Ratings are more important. It’s an interesting situation: the decision would have been accepted if only the President had wanted it so (!). Just like Stalin, everything turns “inside out”. In the meantime, the deputies calmly swallow it all, as if it must be like this! And I have a question: do they have at least some sort of desire to carry out their professional function?

However, there are enough examples. Sadly, gentlemen! Yet again we have a power that ignores rights, the rights of the people, its political and legal duties, and which, by and large, just spits on the people.

And again I am forced to make the warning, like in 2010-2013, that either the President and his party decisively change their internal politics, or everyone will face a crushing fiasco.