Cosmetic “veto” to seriously dangerous lawMore than enough grounds for a vetoUkraine’s Internet Association calls for veto of “biometric” lawHuge passport scam with 45 million victimsUncontrolled snooping versus “universally accepted European practice”More questions about passports, biometric details and Hrytsak’s plansVeto Law on Single State Demographic Register!Whose Access to Information?«Here I stand before you, as if naked…»All-out biometricOngoing passport warsLaw on Biometric Passports vetoed. What next?Initial support in Verkhovna Rada for biometric passportsMoving closer to biometric passports?All Personal Data you provide may be taken and used against youUkraine alone in allowing Internet domain owners to remain anonymous"Personal data protection" as tool for State control and corruptionOne more step towards secrecy and restriction of freedom of speechPrivacy’s triumphant moveUHHRU: President formalizes onslaught on freedom of information
• Topics / Privacy 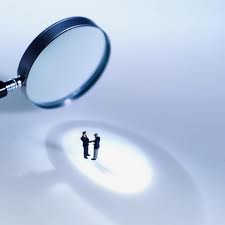 The Presidential “veto” on a law giving the green light to biometric documents galore and uncontrolled gathering of Ukrainians’ personal data, proved as make-believe as feared.  So unfortunately did the parliamentary exercise in the Verkhovna Rada on Tuesday. The said veto was backdated to 30 October though only announced on the Verkhovna Rada site on 20 November. This did not, of course, prevent the ruling majority from dutifully approving all the five proposed amendments to the law in question by early the next day and then adopting it again. There is now nothing to stop the President signing it given that the exercise clearly demonstrated how little heed he pays to very serious concerns expressed by a large number of analysts and civic organizations.  The procedure was reminiscent of that seen at the end of November 2010.  The Tax Code Maidan which saw massive protest on Independence Square in Kyiv refused to go away and the President then too “vetoed” the Tax Code, only to swiftly pass it after parliament whipped through a few proposed amendments.

This time, however, the amendments are even more symbolic.  They were outlined before the vote in parliament on Tuesday by Viktor Tymoshchuk from the Centre for Legal and Political Reform.

1.  The only really positive change is that the list of biometric documents is not to be left open.  This means, Tymoshchuk says, that at least at first there will be some restraint on the appetites of those who stand to make a lot of money out of preparing the documents.

As reported here, the author and driving force behind this law is Vasyl Hrytsak who is linked with the SSAPS Consortium [the Single State Automated Passport System] which will earn millions if not billions from the new requirements for 13 types of biometric documents.

2.  The Cabinet of Ministers is supposed to prepare different procedure for people whose religious convictions make them reject the inputting of information into a biometric chip.

Tymoshchuk notes that although the government will now claim that it has met the demands of believers, it is not so simple. Personal data, including biometric, must be collected from all citizens, he says, since otherwise it is impossible in principle to issue any ID document.

3 and 4, as reported already, are secondary issues regarding documents for sailors and their extension.

These are the sum total of the concerns the President expressed over this law which threatens to create a single database with all information gathered by entirely different ministries and departments.

Viktor Tymoshchuk points out that there would simply be no possibility of refusing to consent to the information being gathered –  even were your consent to be asked, without it you couldn’t get a single State document, this including the internal passport or identity document, driving licence and others.

The law passed on 2 October and the brushed up version obediently adopted on 20 November cite as their justification the requirement in the EU-Ukraine Visa Liberalization Action Plan that passports for travel abroad be made biometric.  The President saw fit, despite warnings from highly authoritative analytical groups, NGOs, etc, to ignore the fact that this cannot justify the introduction of 13 biometric documents which will be an unwarranted financial burden for many Ukrainians while profiting an elite monopoly.  Nor can there be any serious talk of meeting EU standards when what is planned is a database which encompasses all types of information about a person from totally different departments and state bodies and which, for want of any real security, is likely to soon end up sold on the black market.