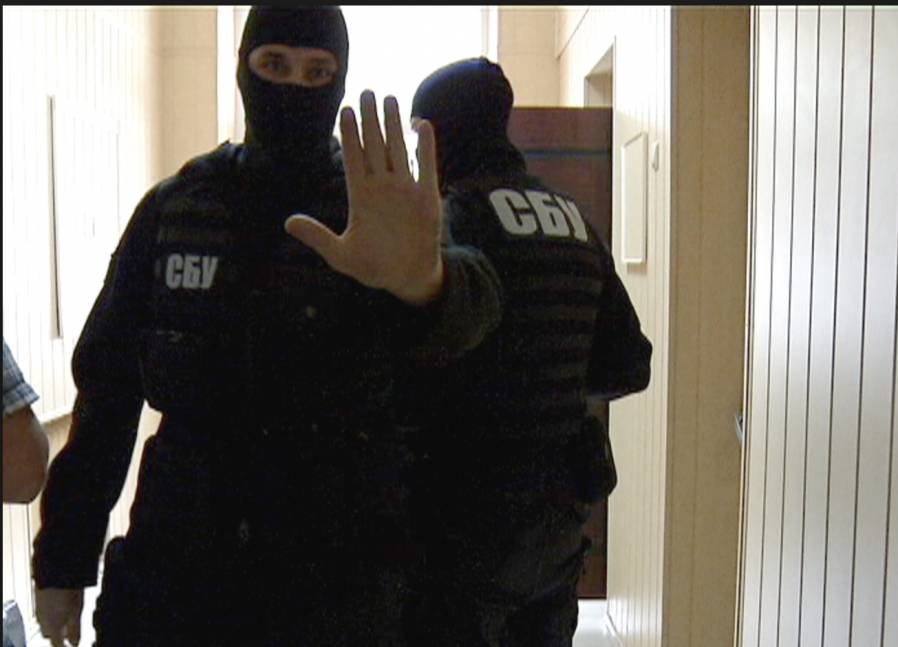 The Cabinet of Ministers has tabled a draft bill which acknowledges the long-denied existence of SBU [Security Service] detention facilities and proposes amendments to legislation in order to formally allow them. Legal may be preferable to illegal, however removing the possibility of abuse by the Security Service would be better still.  Ukraine’s SBU gained excessive power under the regime of Viktor Yanukovych which has never been removed, with this especially dangerous since the agency has not undergone any reform.

Hennady Tokarev, a lawyer for the Kharkiv Human Rights Group, is appalled at the Cabinet of Ministers’ effective acknowledgement of a crime.  How else can one view their acceptance that detention facilities which are not envisaged by Ukrainian law exist and euphemistic decision to now ‘regulate’ the situation?  Nor have they just noticed this ‘irregularity’.  The current move is based on an action plan drawn up on 23.11.2015.

The Law on Pre-Trial Detention gives a comprehensive list of places of pre-trial detention in Ukraine.  It does not mention any under the control of the SBU. The de facto existence of such centres, openly acknowledged as far back as November 2015, suggests that criminal offences have been committed under several articles of Ukraine’s criminal code, including abuse of power and unlawful detention.  Tokarev has filed a criminal complaint with the Prosecutor General’s Office and demanded that it carry out an investigation.

The PGO will almost certainly do nothing of the kind, but Tokarev’s concern is warranted and widely shared.  The draft law, tabled on May 26, 2017 *, proposes amendments to the Laws on Pre-Trial Detention and On the Security Service of Ukraine, with these being essentially to legalize the unlawful status quo.

Tokarev and another KHPG lawyer Olena Ashchenko have set out the reasons why they believe that adoption of the draft bill would not be in the public interest, but would instead violate human rights.

The bill does not ensure the rights of remand prisoners, and clashes with the aim of the National Strategy, namely to create an effective system for safeguarding the right to liberty and personal security.  This aim is supposed to be achieved by bringing all detention procedure into line with international standards.

In fact, the lawyers write, there has been a trend over the past three years towards a worsening of the situation for people detained and held in custody.

This, the lawyers note, is a direct violation of Article 5 of the European Convention and of Article 9 of the International Covenant on Civic and Political Rights which insist that a person must be brought before a judge.

The law on fighting terrorism, passed on 12.08.2014, allowed for preventive detention of up to 30 days, with this being at the decision of the head of the SBU or of a territorial body of the National Police.  Once again this could be without a court ruling, although a judge must be informed “without delay” if the detention is for over 72 hours.  The lawyers see scope for abuse in the lack of any clarity as to when the requirement to notify kicks off and what “without delay” actually means in time.  Nor does the law oblige the judge, on being notified, to actually check whether the detention was lawful.

All of this effectively means that pre-trial investigators are free to decide at their own discretion what constitutes well-founded suspicions.  This clashes with Article 194 of the Criminal Procedure Code [CPC] which places the responsibility for determining whether the detention is warranted with the judge.  The article was adopted as part of Ukraine’s fulfilment of international obligations.

There is nothing in either the CPC or the Law on Pre-trial Detention to safeguard the rights of people held under this provision though the period can be equivalent to that of persons remained in custody.

The procedure for this preventive detention is only regulated by an Instruction No. 872/88/537 from 26.08.2014, approved by the Interior Ministry, Prosecutor General’s Office and SBU.   This is not legislation, and is adopted by the very people who will exercise such powers.

The lawyers also criticize an addition to Article 176 of the CPC from 7.10.2014 which made detention mandatory where a person is suspected of crimes against national security, terrorism and similar.  They believe that this conflicts with judgements by the European Court of Human Rights which found it a violation of a person’s rights under Article 5 to exclude other preventive measures.

The above-mentioned changes are in breach of Ukraine’s Constitution, article 29 of which states that a person can only be remanded in custody on the basis of a justified court ruling, and must be released if no such ruling has been provided within 72 hours.

The next step backwards

The lawyers warn that this new draft law, if passed, could be a further move in the wrong direction with respect to safeguarding the right to liberty.

The SBU were, at least according to the law, stripped of the right to hold remand prisoners back in February 2003.  At the moment, all places of pre-trial detention are under the State Penitentiary Service which is itself within the Justice Ministry’s structure.  This move towards civilian structures is in keeping with international principles for safeguarding the rights of people in custody. Detainees should not be held in places that are under the control of investigators.

One of the roles of the SBU is specifically to carry out pre-trial investigation with respect to certain crimes, such as those against national security, treason and terrorism.  Most of the crimes are classified as serious or very serious, and are therefore those for which detention can be applied.

Another problem is that although pre-trial detention, according to Articles 197 and 219 of the CPC cannot exceed 12 months, a trial on the kind of charges under SBU jurisdiction can go on for a long time.  This could mean that people end up in custody, without any conviction, for years, with the people then held in SBU remand prisons.

According to international standards, since the SBU is carrying out the pre-trial investigation, they should only be able to hold a person in custody for 72 hours before obtaining a court order.

The KHPG lawyers warn that this new law, if passed, would drag Ukraine back to the inquisition-like treatment of prisoners seen in the Soviet Union.

This is when the SBU regularly comes under criticism from the UN High Commissioner for Human Rights Monitoring Mission in its reports on the human rights situation over torture and ill-treatment, and violation of the right to liberty and personal security. This shows, the lawyers stress, that the SBU at present is one of the main human rights violators both on territory of military conflict, and in other parts of the country.

Legalizing SBU-controlled places of detention can only worsen this situation, and will certainly increase the likelihood that the use of unlawful physical and psychological means of influence are not properly recorded and reported to the relevant bodies. The UN Monitoring Mission has, in fact, noted in its reports that most cases where SBU officers have used unlawful force are not properly documented due to SBU obstruction.

The number of remand prisoners has decreased significantly over the past four years meaning that remand prisons are not full to capacity, and could take those detainees whose cases are being investigated by the SBU.