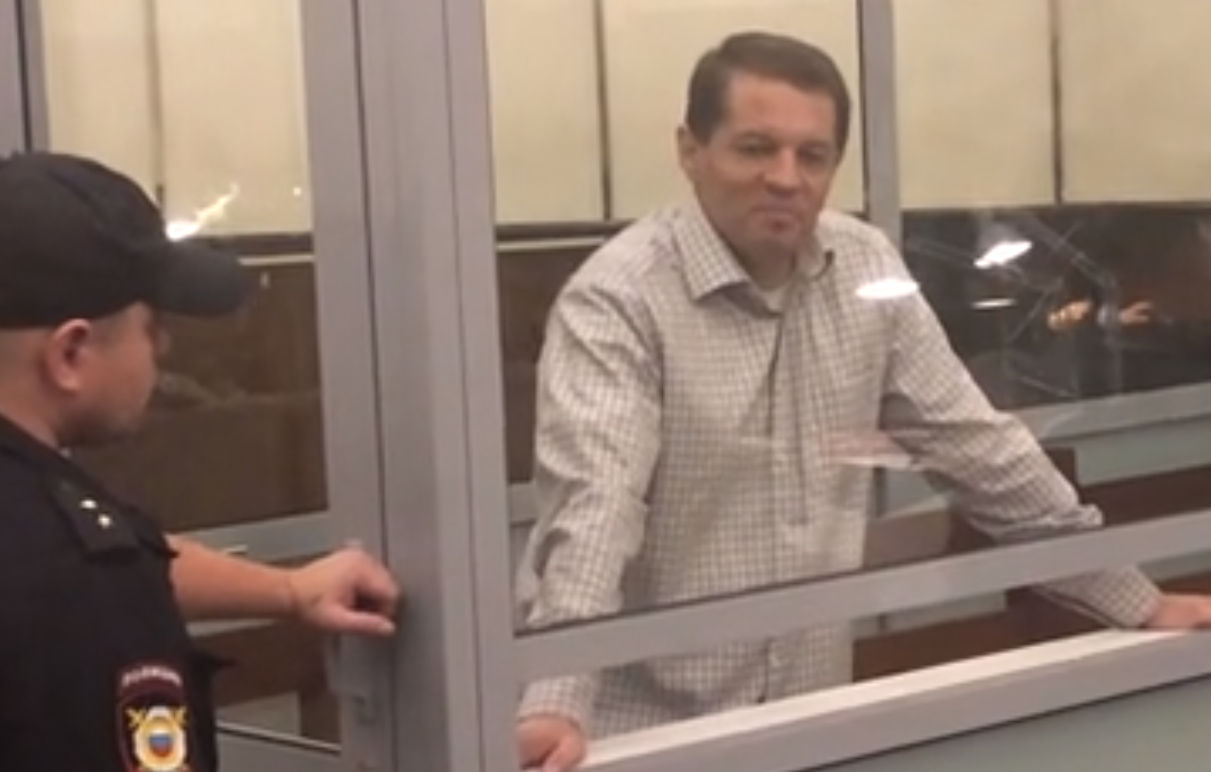 Russia’s Supreme Court has, as feared, upheld the internationally condemned 12-year maximum security prison sentence against Ukrainian journalist and Ukrinform Paris correspondent Roman Sushchenko.   He has vowed to continue the struggle for justice at the European Court of Human Rights, though also says that he is hoping an exchange of prisoners will secure his release.

Everything about the arrest and ‘trial’ of Sushchenko has followed the pattern set in trials of Ukrainians since Russia’s annexation of Crimea in 2014, and the fact that the Supreme Court on 12 September made no change to the Moscow City Court’s 4 June sentence was no surprise.  Courts in Russia and Russian-occupied Crimea have consistently passed huge sentences against Ukrainians on clearly fabricated charges, while sentencing a police officer who shot a police informer dead in his office to two years or two soldiers who killed a man while drunk to four and six years’ imprisonment.  The latter sentence is quite likely to be reduced at appeal level.

Sushchenko, in contrast, was accused of ‘spying’ while on a brief visit to relatives in Moscow in 2016.  All detention hearings and then the trial were held behind closed doors, and Sushchenko’s lawyer Mark Feygin was forced to sign an undertaking not to divulge any information about the case.

Perhaps there are cases where such secrecy really does conceal real espionage.  In not one of the cases where Ukrainians have been sentenced in Russia for ‘spying’, has it seemed even remotely probable, and the case of Sushchenko is no exception.

Three days later, the FSB admitted that Sushchenko was in their custody.  It was claimed that the Ukrainian journalist, who had been working as the Ukrinform News Agency’s Paris correspondent for the past 6 years, was a colonel in Ukraine’s Military Intelligence.  He was supposed to have been gathering secret information about the activities of the Russian army and forces of the National Guard which could have purportedly damaged Russia’s defence capacity if leaked abroad.

There was a hint of what might have happened at the outset with the Russian Foreign Ministry focusing its attention on the fact that Sushchenko had not had journalist accreditation and claiming that he had had no right to engage in journalist activities.

Although unable to give much detail, Feygin has since indicated that Sushchenko was probably ‘set up’ by being asked to take a disk back to Paris for another journalist.  The most disturbing aspect of this story is that Sushchenko had agreed to take the disk for a person he has known for 28 years.  Since he was arrested while receiving the disk, the person was almost certainly involved.

Feygin has also suggested that the information he was accused of gathering was about an anticipated invasion of Ukraine by Russia in the summer or autumn of 2016.

Sushchenko has been imprisoned, as are all FSB prisoners, in the Lefortovo Prison in Moscow, with only a very small number of visits allowed from his wife Angela and adult daughter Julia and not one from his 12-year-old son Maxim.

UNIAN journalist Roman Tsymbalyuk was able to see Sushchenko during the announcement of the court ruling on 12 September.  The 49-year-old sent greetings to his wife, asking her to bear up and take care of their family, that all would be well and he would return.  He says that he is in good physical and psychological state and has rigorously done exercises while imprisoned, as well as drawing and painting.

Now that the sentence has come into force, Sushchenko may be sent any time to a Russian harsh-regime prison.  For the moment, however, it is still possible to write to him at Lefortovo Prison.  The letters are an important message both to him and to Moscow that he is not forgotten.