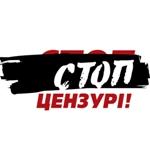 The Verkhovna Rada Office has responded with a refusal to a request for copies of the declarations of National Deputies [MPs] lodged by the well-known journalist Mustafa Nayem.

“Furthermore the above-mentioned law at the same time makes it the holder of the information’s duty to take measures to prevent unauthorized access to personal information by other people”.

On 13 May Mustafa Nayem sent the information request to the Verkhovna Rada Office asking for copies of the income declarations of National Deputies.

He received a letter on 19 May extending the time frame for providing the information, because of its volume, to 20 days.

Stop Censorship considers the refusal by the Verkhovna Rada Office and National Deputies to not make their income declarations public to be “contempt for the principles of transparency and accountability of the authorities to the public”.

They are convinced that the refusal directly breaches the Public Information Act which parliament passed.

“We would remind the Members of Parliament that they are elected by the Ukrainian people and kept at the cost of the taxpayer. Their income and property are therefore the subject of public interest. People have the right to information about the financial position of their representatives whom they elect to represent their interests”.

“We can view the refusal to provide income declarations only as an unlawful attempt to conceal important information from the public. This situation is a glaring demonstration of the real attention of the authorities to the interests of the Ukrainian public”