What really happened at the Dnipropetrovsk SIZO? 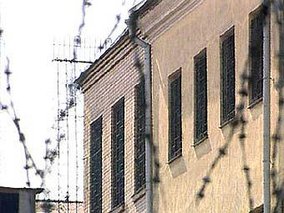 Human rights workers and the relatives of convicted prisoners suspect that torture was applied at the Dnipropetrovsk SIZO [detention centre].  They are sceptical of the official version that on Sunday 12 prisoners received injuries during a fight with convoy guards..  They believe it likely that prisoners were beaten up in large numbers and demand access to the SIZO.

The State Penitentiary Service for the Dnipropetrovsk Region says that their official check into Sunday’s events at the SIZO is almost complete. Their preliminary conclusion is that the staff of the SIZO did nothing wrong. They do confirm that the incident took place on SIZO grounds, and not en route as originally reported, however assert that “none of the SIZO staff took part in it”.

The preliminary assessment asserts that the conflict was provoked by one of the prisoners who carried out an attack on the convoy when prisoners in transit were getting out of the van. Then the guards used special devices, and inflicted bruises on 12 men.  Five of the prisoners, they assert, had self-inflicted injuries.

Andriy Didenko from the Kharkiv Human Rights Group doubts the official version. He has asked the State Penitentiary Service to let him in to see the prisoners and find out what did in fact happen. His unofficial sources suggest that there was a mass beating of prisoners after which several prisoners slashed their wrists in protest.  He stresses that neither human rights groups nor journalists have access to the SIZO. Since the men were in transit, it is vital that their version is heard before they are taken away again in different directions.

At present Andriy Didenko has not been allowed into the SIZO, and nor have the relatives of those who took part in the incident or witnessed it. The mother of one of them told Radio Svoboda that seven mothers and wives have already met with the management of the Dnipropetrovsk Regional Department of the State Penitentiary Service, but they have not been allowed visits. They do not believe that the prisoners’ injuries are mild and doubt that they slashed their wrists themselves.

She says that they were told that the men had slashed their wrists in the van, yet this is illogical and there seems no reason for it. She alleges that since August when there was an incident in Colony No. 60 in the Luhansk region, the prisoners have been subjected to pressure, including through beatings.

The relatives of the prisoners are preparing a complaint to the Prosecutor General and President’s Administration. The Penitentiary Service says that once the official check is completed, the prisoners will be sent on to penal institutions.

According to the official information, during the night into Sunday, a group of 67 prisoners was transported from the Donetsk region to the Dnipropetrovsk SIZO, in the SIZO the prisoners attacked the convoy and the guards used special devices.

From the report at Radio Svoboda