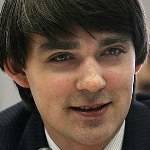 Media lawyer Ihor Rozkladai comments on the letters sent by the State Television and Radio Broadcasting Committee specifying what regional TV and radio companies [TRC] should give coverage to.

As reported, on 13 March the State Broadcasting Committee sent a letter to regional TRC telling them as a matter of urgency to broadcast special programmes from 15 March explaining President Yanukovych’s “social initiatives”.

All regional State TRC and the “Crimea” State TRC were also sent a letter asking them to give coverage to meetings between Yanukovych and the President of Turkmenistan; Yanukovych and the Speaker of Parliament and leaders of factions; the meeting between Prime Minister Azarov and members of foreign companies working in Ukraine; and other such items.

The Head of the State Broadcasting Committee Oleksandr Kurdinovych has assured Telekritika that the Committee is fully within the law, only exercising its role in public procurement and directing State TV and radio companies in their coverage of the activities of higher bodies of power. He said that such letters have existed as long as the State Committee has been functioning.  He also cited various laws and a resolution, as well as Ukraine’s Constitution to supposedly justify his assertion that all was within the law.

Ihor Rozkladai, Lawyer for the Media Law Institute first addresses the legal aspect.  He points out that according to Article 5 of the Law on TV and Radio Broadcasting which applies to both regional TRC and private broadcasters, censorship of the company’s information activities is prohibited, and the company independently determines the content of its programmes. It also prohibits interference not justified by legislation on the part of central authorities, bodies of local self-government, media owners and others I the professional activities of the company.  It follows that justified interference is permitted.

He notes that a rather archaic law has been in force for the last 15 years which stipulates the procedure for covering the activities of central authorities and bodies of local self-government. Article 5 of that law does say that where the State or municipal authorities are the owners, then the procedure for coverage is stipulated in contracts with them, , as well as in the statutes of the specific media body’s editorial board.

Article 10 of the same Law concerns coverage of the President’s activities, and does state that in audiovisual media a number of times of activity, including speeches, negotiations, etc must receive coverage.

Public procurement according to Article 19-1 of the same Law on audiovisual production about the Verkhovna Rada; the President and Cabinet of Ministers, is provided by the National TV and Radio Broadcasting Council (a different body from the State Committee – translator.  Such orders should be carried out on the state-owned NTCU and NRCU, and other TRC which are formulated by the relevant resolutions of the Verkhovna Rada, as well as instructions from the President and Cabinet of Ministers.

However these are no such powers stipulated for the National Broadcasting Council in the Law on this Council and the norm is therefore deadweight.

However the Cabinet of Ministers in Resolution No. 918 from 13 July 2004 appointed the State Television and Radio Broadcasting Committee as responsible for public procurement in producing and circulating TV and radio programmes. This was then set out in Presidential Decree №559/2011.

Given that the State Television and Radio Broadcasting Committee is the founder of regional and State TRC, it can set tasks regarding coverage of certain topics.

There is, however, another side of the coin.

The system of public procurement is pretty archaic and of dubious efficiency both from the point of view of taxpayers’ money being spent, and in terms of ensuring their information and cultural rights. Certainly State support for production of cultural programmes, programmes for children, national minorities, etc, is necessary and practised throughout the world.

However the principle of competition and access of all forms of media should be ensured, not just State-owned.

Secondly, State-owned media should ensure the information rights of the public, and not be a mouthpiece for those in power who have recalled that elections are imminent and want to ensure the latest hype about in fact non-existent “achievements”.

TRC should have editorial freedom and themselves determine whether the President’s social initiatives need to be discussed and explained, to what extent and what should be given most information.

Ihor Rozkladai says in conclusion that one will need to analyze the content of such programmes in order to decide whether the instructions from the State Television and Radio Broadcasting Committee are simply a reflection of an archaic system of public procurement, or a means of foisting certain unbalanced information on the viewers and putting pressure on the media.

State broadcasters should however be warned that Articles 57 and 59 of the Law on TV and Radio Broadcasting obliged television and radio companies to provide objective, unbiased and balanced information.