Why is Ukraine ready to extradite refugees?UNHCR: Ukraine must not extradite a person recognized as a refugee in the USAFormer Tajik Prime Minister also detained in Ukraine on extradition requestDanger of Uzbek refugee being extradited to UzbekistanUnprecedented Cynicism in the Razvozzhaev CaseNowhere to turn: Suicide of Russian asylum seekerRazvozzhaev Case: No Pretence of Rule of LawRazvozzhaev: Any change in my testimony will be through coercionOfficial noises from the police over Razvozzhaev caseEnforced Silence: From Kyiv to SiberiaCharges and questions multiply in the Razvozzhaev caseRazvozzhaev case: Answers urgently requredRazvozzhaev: No let up to lawlessnessNo Offence?Moscow court finds the arrest of abducted asylum seeker Leonid Razvozzaev legalAsylum seeker abducted from Ukraine, imprisoned in Russia. End of story?Mossad, FSB, and others: make yourself at home!US concerned over Russian activist’s ’abduction’ and detentionOn the abduction of Leonid Razvozzhaev (open for endorsement)Ukraine’s Interior Ministry’s staggering response to Razvozzhaev’s abduction
• Topics / On refugees

Ukraine in flagrant breach of commitments on refugees 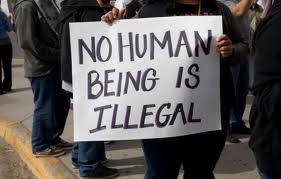 Refugees in Ukraine run up against corruption, can’t work, marry, look after children. These were some of the problems mentioned by the Coalition against Discrimination during a press club to mark International Refugee Day with the support of the International Renaissance Foundation.

During the discussion, Maxim Butkevych from the Without Borders Project of the Social Action Centre described the legal and social problems which refugees and asylum seekers encounter in Ukraine.

Natalya Hurzhiy from the Rokada Charity spoke of the unsatisfactory state of affairs regarding integration of refugees into Ukrainian society, and pointed out that this was seen in the uncertainty regarding the fate of the unique Integration Centre for Refugees in Kyiv which after many years is now on the verge of closure.

Anna Lenchovska, Executive Director of the Congress of National Communities of Ukraine spoke of their experience in integrating the children of refugees in children’s camps – without any assistance from the government.

Maxim Butkevych pointed out that international organizations see Ukraine as a country which is dangerous for refugees. One of the main problems that asylum seekers encounter is an ineffective system for granting asylum. It’s often not clear what the basis is for this or that decision, why some are rejected, and others get refugee status. The procedure can take years. Throughout that entire period people are in Ukraine without ID documentation except for a paper from the Migration Service confirming that they’ve applied for refugee status.  The paper is not enough to legally rent accommodation or get a job. You can’t even get married since you need to provide evidence that you’re not married already. Only the embassy of the country the person has fled from can provide that, and obviously the person won’t turn to them.

The organizers also exposed the myth that the government spends huge amounts on refuges.  People working in this area say that the government doesn’t provide any assistance to asylum seekers. Only two temporary centres for refugees are maintained by the State. The vast majority of people seeking asylum live in cities, trying to find work, accommodation themselves, as well as dealing with registration and the police.

The only help from the State is a single payment of 17 UAH. Other assistance comes only from NGOs and international organizations.

According to the law, asylum seekers are entitled to work on a temporary basis according to rules stipulated by the Cabinet of Ministers. At least there should be such rules of procedure, but they don’t exist as yet. It’s therefore impossible to work legally and people who need to earn money to live become targets for police officers to extort money from.

Asylum seeks are also not entitled to free medical care. Therefore even if their children are ill, they can’t get care without money which they don’t have. This is in violation of the Convention on the Rights of the Child which Ukraine has signed and ratified.

Despite isolated positive moves, the participants said, they have no grounds for optimism and stress that the granting of asylum in Ukraine is not a question of wish, but the state’s obligation in accordance with signed and ratified international conventions. It is time for the Ukrainian authorities to carry out their obligations and bring both legislation and practice into line with best international practice, or withdraw their adherence to the Convention, publically rejecting a fundamental human rights commitment.