Why is Ukraine ready to extradite refugees?UNHCR: Ukraine must not extradite a person recognized as a refugee in the USAFormer Tajik Prime Minister also detained in Ukraine on extradition requestDanger of Uzbek refugee being extradited to UzbekistanUnprecedented Cynicism in the Razvozzhaev CaseNowhere to turn: Suicide of Russian asylum seekerRazvozzhaev Case: No Pretence of Rule of LawRazvozzhaev: Any change in my testimony will be through coercionOfficial noises from the police over Razvozzhaev caseEnforced Silence: From Kyiv to SiberiaCharges and questions multiply in the Razvozzhaev caseRazvozzhaev case: Answers urgently requredRazvozzhaev: No let up to lawlessnessNo Offence?Moscow court finds the arrest of abducted asylum seeker Leonid Razvozzaev legalAsylum seeker abducted from Ukraine, imprisoned in Russia. End of story?Mossad, FSB, and others: make yourself at home!US concerned over Russian activist’s ’abduction’ and detentionOn the abduction of Leonid Razvozzhaev (open for endorsement)Ukraine’s Interior Ministry’s staggering response to Razvozzhaev’s abduction
• Topics / On refugees 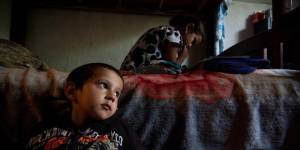 Ismoil Bachajonov’s family campaigns to get justice after he died as a result of torture in detention in Dushanbe, Tajikistan, in 2011.

Amnesty International has published a new report entitled Return to Torture in Central Asia in which it accuses the security services of Russia, Ukraine and the Central Asian republics of colluding in the abduction, disappearance, unlawful transfer and torture of wanted individuals

In a press release issued on 3 July, it states that Return to torture: Extradition, forcible returns and removals to Central Asia exposes the ease with which Central Asian States are able to secure the return of individuals from other members of the Commonwealth of Independent States (CIS). It is unusual for extradition requests to be rejected as good relations and the perceived mutual interest in combating terrorism are overwhelmingly privileged over the human rights of individuals wanted for extradition.

When the handover of wanted individuals is obstructed, for example by the intervention of the European Court of Human Rights, cynical subversions of international law are employed to secure the transfer.

“Twenty years after the break up of the Soviet Union, old collegiate ties, common institutional cultures and the shared perception across the region of the threat from Islamist extremist groups bind together the successor institutions to the Soviet KGB, ” said John Dalhuisen, Amnesty International’s Europe and Central Asia Programme Director.

“Old habits die hard. These renditions would not be possible without the complicity of public officials in the judicial and law enforcement structures. Nor would they be possible without CIS states wilfully disregarding  the absolute ban on torture and their obligation not to return people to countries where they may be at risk of torture.”

In recent years several CIS nationals have been abducted by foreign security forces operating in Russia and forcibly returned to Central Asian countries, in spite of European Court of Human Rights’ rulings blocking their extradition until it could rule on the merits of their cases.

“The authorities protest innocence and ignorance about abduction cases but this lacks all credibility. It is virtually impossible for a wanted individual to disappear on release from a prison in one country and reappear shortly afterwards in prison in another, without the involvement – and close cooperation – of the secret services of both countries.”

There is overwhelming evidence of pervasive torture and other ill-treatment of detainees by regular police and security services in all five Central Asian states. Over the past two decades thousands of people across the region have said they have been arbitrarily detained and tortured or ill-treated in custody in order to extract a forced confession or money from relatives. Those detained on charges related to national security or “religious extremism” are particularly at risk.

Civil society activists, members of Islamist parties and Islamic groups and wealthy individuals who have fallen foul of the regimes are all at risk of being returned to countries where they may face torture, irrespective of their status as asylum-seekers or refugees and regardless of staying orders from the European Court of Human Rights.

“What is striking about the abductions, renditions and returns to torture in the former Soviet Union is that there is nothing secret about them. They have been exposed by countless European Court of Human Rights rulings and the findings of UN mechanisms.  And yet, the silence of the international community is resounding, ” said Dalhuisen.

“This silence would appear to owe much to the fact that western governments maintain similar forms of cooperation with security and intelligence services all over the globe - including in the CIS - as part of their own counter-terrorism efforts.  The net effect, however, is a dramatic challenge to the integrity of international human rights framework and the global prohibition of torture.”