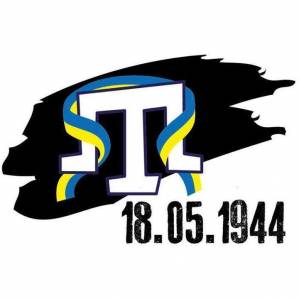 The limited force of words, even those from western leaders expressing full solidarity with the Crimean Tatars has become poignantly clear on this – seventieth - anniversary of their forced deportation from their homeland. On May 16 Crimea’s self-proclaimed head, Sergei Aksenov, issued a decree effectively banning all remembrance ceremonies.  Had it not been for Russia’s annexation of the Crimea, EU, US and other countries’ representatives would have been among the many guests joining Crimean Tatars in remembering the victims of a terrible crime.  Their presence could have averted this extraordinary ban, or at least served to restrain the authorities from enforcing it. Although the Mejlis decided on Saturday to not hold the traditional mass meeting in the centre of Simferopol, Mejlis head, Refat Chubarov said on Friday that many Crimean Tatars had told him that they would not heed the ban. Mustafa Dzhemiliev, veteran champion of Crimean Tatar rights, also believes that people will still come to the central square "and they will be right – we need to uphold our rights. There were plenty of things they banned in Soviet times as well”.

The dilemma for the Mejlis was terrible.  Chubarov pointed out that Simferopol had been filled with spetsnaz [specially trained units] and in a clearly threatening move Russian OMON riot police held ‘training exercises’ in the middle of the city on Saturday.  The risk of bloodshed was enormous, as was the blow the ban constituted, as Chubarov explained.

Can you imagine – there are 22 regions and in each region there are places where people come to honour the dead, places with memorial stones, and Crimean Tatars on May 17-18 don’t have the right to go there together to pay their respects, to honour those people! I don’t know what kind of person you have to be to not think of the consequences! I don’t know how to stop people so that they don’t go there. It’s like telling everybody “Don’t go to your holy places, don’t visit your dead” If they prohibited you, how would you act?  Force can stop everything, or not everything – it won’t stop the human spirit.”

He likened it to Jewish people being prohibited from honouring the victims of the Holocaust or Ukrainians – those who were starved to death in Holodomor.

Chubarov dismissed the excuses given for the ban – events in the South-East of Ukraine and supposed “possible provocation by extremists” and disruption to the tourist season” and noted that the ban ends just in time for the festivities scheduled for the ‘Great Russian Word’ festival on June 6.

Since a meeting took place between Chubarov and the Russian Federation’s Human Rights Ombudsperson, Ella Pamfilova on Saturday and did not result in the ban being waived, it is clear that the move has at very least the tacit approval of the authorities in Russia.

At an emergency meeting on Saturday, the Mejlis decided to cancel the huge gathering in Simferopol, as well as the remembrance action planned for the evening of May 17 “Light a flame in your heart”, asking people instead to light candles in their own homes.  Remembrance ceremonies, agreed with bodies of local self-government, would be held in villages and settlements in the Crimea from 8.00 to 9.30 on May 18, and in district centres from 11.00 to 13.00.  Chubarov explains that the meeting which should be taking place in the centre of the Crimean capital will this year take the form of All-Crimean prayers, beginning at 13.00, in the micro-district Ak-Mechet in Simferopol, outside the local mosque.

The Mejlis was sharply critical of the suggestion put forward by the ‘government’s’ organizing committee that they hold remembrance ceremonies at the Muslim cemetery Abdal in Simferopol.  Chubarov assumes that the suggestion came from those who remember that in Soviet times all remembrance events on May 18 were banned, and people gathered at the cemetery.

Russian President Vladimir Putin’s specific attitude to the truth seen in his denial of Russian military involvement in the Crimea has been equally demonstrated in his dishonest assurances of respect for Crimean Tatar rights.  The UN’s latest report on the human rights situation in eastern Ukraine and the Crimea specifically mentions many serious violations against the Crimean Tatars. These include, of course, the ban on veteran Crimean Tatar leader Mustafa Dzhemiliev returning to his homeland.  Over the last week there have been a disturbing number of searches of Crimean Tatars’ homes, supposedly on suspicion of ‘terrorism’.

It appears that Russia and its puppet government in the Crimea are concentrating on those few Crimean Tatars who have agreed to cooperate with the occupation regime.  Since the Mejlis and the Crimean Tatars categorically condemned the invasion and consider the Crimea to be Ukraine, the regime appears to be bringing in Tatars from Kazan in Tatarstan.

Many Crimean Tatars have been faced with dismissal or losing their land if they did not accept Russian citizenship, and there was enormous pressure to buckle under and accept, as Putin told certain selected Tatars on Friday, that their future was now linked with Russia.

How long this may be the case is, tragically, unclear. The repressive measures of the last few weeks, however, make it very unlikely that more than a handful of Crimean Tatars will see Russian rule as anything but a tragedy.