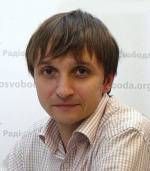 Volodymyr Yavorsky, lawyer and human rights specialist, has subjected the latest draft law on lustration to close analysis and his verdict is not good.  There are numerous failings in the bill “On cleaning up the authorities” and on the whole, he says, it is a populist document which will not achieve the intended effect.  Instead of defending democracy, lustration as per this bill would be more likely to turn into a mechanism of selective political persecution of officials and would destroy independent institutions.

Yavorsky explains that lustration is a means of transitional justice applied when a country is moving from dictatorship to democracy in order to protect democracy from slipping backwards.  It entails restrictions on the rights of certain categories of people to hold certain positions in government service or to stand for elected office to particular posts.

Yavorsky stresses that lustration is without any question a necessary measure for defending Ukraine’s democracy, especially in today’s conditions.

The bill under discussion is an attempt to combine various bills on lustration put forward at the end of March and beginning of April. Unfortunately, he says, it takes a basically populist approach and some of its provisions are in breach of Council of Europe recommendations and the principles of international law, as well as the practice of other countries with respect to lustration.

The bill’s authors have rejected the idea of creating a single independent lustration body, with responsibility for carrying out lustration given to the heads of all other bodies of power. Key institutions are defined as being the National Agency on the Government Service; the Central Election Commission; the High Council of Justice; the President, and others.

No requirements are imposed on candidates for the post of member of a central or territorial lustration commission, created by the National Agency on the Government Service.

The main work on ‘cleaning up’ the authorities is thus assigned to the heads of the relevant bodies of power.

Yavorsky notes that according to the Council of Europe’s guiding principles on lustration and adherence to the principle of rule of law, passed by the Parliamentary Assembly of the Council of Europe, lustration can be carried out solely by an independent specially created body. This prevents divergent interpretation and application of the law; selective prosecution; adoption of politically motivated or other biased decisions, etc.

Members of lustration committees in other countries have, he points out, largely been people with considerable authority in society since it’s important that the public view the process as legitimate. Lack of independence must undermine trust in the process, with the question of who is or is not subject to lustration arousing serious doubts.

A problem also arrives when dealing with people holding ‘protected’ positions in independent authorities. Clear definition of a narrow range of grounds for dismissal in such cases serves to guarantee independent and objective work of such a body. This applies to judges; the Human Rights Ombudsperson and others. The grounds for dismissing some of them are exhaustively defined by the Constitution, and therefore procedure set out in this draft bill that does not comply with the criteria of independence arouses serious doubts. This procedure essentially undermines the functioning of similar independent controlling institutions and lays the ground for clear conflict between the executive; legislative and judicial branches of power.

Excessively broad range of people who can be subjected to lustration

According to Council of Europe recommendations, lustration should be applied only to those posts where the work of the relevant official could jeopardize democracy and human rights.

The bill under discussion proposes lustration for all officials at state and local government level without exception. This is clearly unwarranted.

However one of the main problems is that the bill proposes to dismiss virtually all state officials occupying leading posts in previous years, with this entailing wholesale dismissal within certain departments. The author writes that a preliminary estimate would put the number of government officials falling under this law at over half a million top officials. You would need to add to this number the whole makeup of police and tax police bodies, as well as almost the entire staff of prosecutor’s officers. All these people would be dismissed and banned for holding positions in government bodies for 10 years. It is doubtful whether this is justified with respect to all such employees.

Moreover the draft bill does not provide answers to extremely simple questions such as what mechanisms will be applied for replacing these people, and will they guarantee that qualitatively different people occupy these posts.

The aim can clearly not lie in the dismissal per se, since there can be no significant progress from a change in staff without a change in the actual system.

The bill proposes total dismissal of all, but rank-and-file employees of the police and tax police.  Such a blanket approach will destroy these structures since people who have never worked in them before cannot take over.  No country has carried out reform of the police by totally replacing all staff.  The most that was ever attempted was to dismiss employees, and then in accordance with certain criteria, some of them were reinstated. Yet this draft bill proposes to ban return to the government service for 10 years.  This would mean that either totally new people had be employed, or people who are retired.

The draft bill contains a number of norms which are impossible to implement.

This includes, as outlined, the dismissal of all managerial staff of the police and tax police with no transitional provisions proposed.

The final provisions assume the need for new laws to be adopted, however failure to adopt them will not stop the force of the draft law, with the mass dismissal beginning immediately after the bill was passed.

This is a serious obstacle to implementing the provisions of the law and would result in selective application with only those who are not so necessary to management being dismissed.  This has nothing in common the principle of rule of law.

The bill also requires that all managerial staff at any level provide income and expenses declarations for themselves and their close family (spouse; parents or step-parents; children, step-children; siblings; grandparents or great-grandparents; grandchildren, etc, or people living together though not married.

The period for which such declarations are required is not specified. The bill also fails to take into account the fact that it may simply be impossible to gather all such information.  There may be strained relations within the family, etc.  It would be even harder if this requirement is directed at the past.

Yet the refusal to provide such a declaration or incomplete or incorrect information would mean that a person was dismissed and banned from holding posts in the authorities for 10 years.  The fact that this is so unrealistic means that any official, even if protected from pressure by law, will be permanently in a vulnerable position and able to be dismissed whenever the will to do so arises.

There are other examples which could be cited.  The author stresses that these can only undermine confidence in the process and will mean that it is always carried out on a more individual basis, meaning on the basis of subjective, not objective criteria.

International human rights standards clearly stipulate the need to protect privacy in carrying out lustration. All possible efforts should be taken to avoid unwarranted public allegations against a person or the circulation of false information. Experience in other countries makes it clear that an extremely careful approach to circulating information about a person is vital.

The draft bill envisages that all investigations, and the conclusions reached, will be public.  This approach, Yavorsky is convinced, is a breach of the right to privacy.

Immediate publication of the results of an investigation, especially if carried out by a body that is not independent, is an unwarranted infringement of a person’s rights. The findings could be wrong, and must be subjected to a court check, yet once the information had been made public, undoing the damage to a person’s reputation would be difficult.

“The above-mentioned problems in their entirety demonstrate the considerable failings of the draft law on cleaning up the authorities. The draft bill is basically a populist document and will not lead to the expected results. It envisages lustration of all government officials and civil servants at national and local self-government levels without exception. This is clearly unwarranted. Furthermore the financial and administrative expenditure in implementing the law have not been taken into account. Many of its procedures would entail systematic human rights infringements. Under such conditions lustration will stop being a means of defending democracy and become a means of selective political persecution of government officials; the destruction once and for all of independent institutions; a heightened trend for job security to be based on loyalty to certain pro-government political forces and systemic violation of human rights. Under such conditions it would hardly be possible to qualitatively improve the authorities and achieve the aims of lustration”.