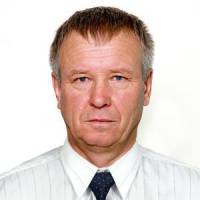 Vasyl Kovalenko, a civic activist who has provided refuge to over a thousand people displaced by the conflict, was taken prisoner by Kremlin-backed militants from the self-proclaimed Donetsk people’s republic.  They are now, however, denying this.

On Sept 29 a jeep painted in DPR colours stopped outside the Byryusa Pension which Kovalenko is the director of in Bezymenne (Novoyazovsk district) and two armed men got out.  They told Kovalenko to come with them.  He was last seen driving his own car accompanied by these armed militants.

Nothing is known of his whereabouts however residents of Bezymenne say that they have seen his car, without number plates and with a sign saying DPR police, being driven around by men in camouflage gear.

Vasyl Kovalenko, who has been active in helping internally displaced people, had been detained by DPR militants before, but always released.  This time, Donbas SOS reports, the situation is much more serious.  The DPR are denying having abducted the activist.  Donbas SOS was contacted by one of Kovalenko’s four daughters.  He also has six grandchildren and the family is terribly concerned.

Kovalenko is a civic activist who is well-known for fighting corruption and organizing protests against environmentally dangerous initiatives. He has also defended the rights of local residents facing attempts to have their land appropriated.  From June 8 Vasyl Kovalenko provided refuge to people fleeing first Slovyansk and Kramatorsk, later Horlivka and Donetsk.  More than a thousand people have found shelter in his hotel-pension.  Kovalenko paid no heed to people’s political views with these being extremely mixed.

It is not only his family who are desperate for news of Vasyl Vasylyovych and, of course, for his return.