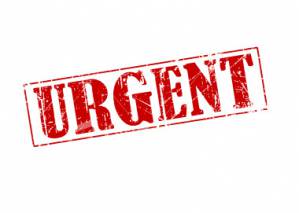 Transparency International Ukraine, lawyers representing the families of the Heavenly Hundred and other anti-corruption organizations point to the failure of Ukraine’s law enforcement bodies to convict even one high-ranking official of the previous regime.

We, Transparency International Ukraine, Lawyers for the Heavenly Hundred, and other anti-corruption organizations jointly declare:

In February 2014, as a result of the Revolution of Dignity, former President Yanukovych and his palace guard fled abroad, where they are currently hiding. During Yanukovych’s rule, large-scale embezzlement of public funds was endemic and his system built around corruption, devastated the country.

Ukrainian society awaits punishment for these crimes. Our international partners, such as the European Union, the USA, Switzerland, Canada, and other leading countries, imposed sanctions on the assets of Yanukovych and his allies.

We are already halfway through 2016, and Ukrainian law enforcement has failed to convict a single organizer or high-ranking official of the past regime, and not a single dollar has been returned to the state.

Law enforcement has been incredibly passive, acting more like a spectator.  As a result, the only criminal proceedings that have been opened are a direct result of the proactive work of civil society and investigative journalists.

Our organizations support the visit by the Chair of the Board of Transparency International José Ugaz, who is one of the leading corruption fighters in the world. While serving as the Special Prosecutor in Peru, he led the prosecution of President Alberto Fujimori on charges of corruption and violations of human rights, resulting in four convictions. As we know Mr. Ugaz made the decision to visit Ukraine and hold a number of summit meetings. We call on the Ukrainian authorities to follow to his recommendations and implement his advice.

We call on Mr. Ugaz to focus on the following key topics: the punishment of former President Yanukovych and other member of his regime, and combating corruption as a whole in Ukraine:

1.            The actions of the former President and his allies need one more detailed examination and analysis with a view to new corrupt and economic criminal offences. The current investigations must be sent over to the court as soon as possible.

2.            Please note that absence of punishment for Yanukovych and the representatives of his regime undermines the process of establishing new anti-corruption bodies and devalues the trust of the Ukrainian people in justice. We keep under special control the cases regarding the following people: Yanukovych V.F., Yanukovych O.V., Boiko Yu.V., Klymenko O.V., Zakharchenko., Arbuzov S.H., Ivaniushchenko Yu.V., Kliuiev A.P.Кliuiev S.P.,   Azarov O.M., Kurchenko S.V., Stavytskyi Е.А., Zlochevskyi M.V.  We call on other organizations, legal community, concerned people to join the process of bringing to responsibility Yanukovych and his allies.

3.            We call on the Prosecutor General’s Office of Ukraine to apply the mechanism of common international investigation groups to investigate criminal offences of Yanukovych and his closest allies from the countries where the criminal activity was implemented as well (registration of companies, spending the illegally gained money). To strengthen the confidence in such an investigative activity, a prosecutor of a partner country must coordinate the investigation process.

4.            It is very important to provide for effective mechanisms of data verification about final beneficiaries of legal entities. Ukraine is one of the first countries in the world, who established the Registry of Final Beneficiaries of Legal Entities. Having developed the verification mechanisms of the given information and punishments for falsified data, we will raise the system to the highest efficiency level.

5.            For the past couple of years new anti-corruption bodies have been created – the National Anti-Corruption Bureau (which prepares cases for prosecution) and the Specialized Anti-Corruption Prosecutor’s Office (its functions are procedural control and support of state prosecution of cases, investigated by the Anti-Corruption Bureau). In a point of fact, the new chain of bringing to responsibility of corrupt official is being created. The most risky is an integral part of court procedure. We call on to create an independent and accountable anti-corruption court.  A special mechanism of judges selection, including representatives of international organizations and other partner countries to the Competition Committee must be provided.

We hope that Ukrainian authorities realize all the criticality of the need to activate efforts, aimed at the corruption fight in Ukraine and its symbol – Yanukovych and his criminal partners. Even so far there exist enough legal mechanisms not to do this. No more talking and promises! We demand results!