Vital Reform to End Oligarch-dictated Media in Ukraine in Danger 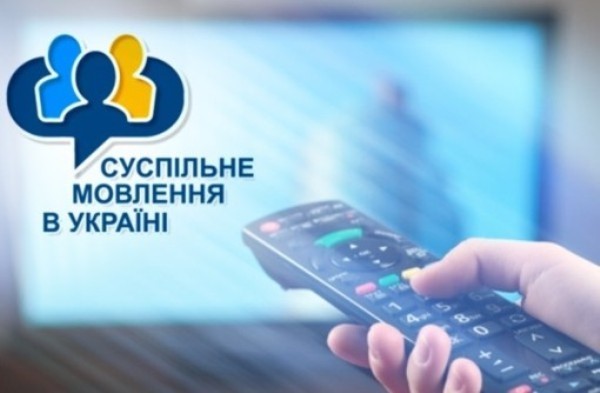 Journalists and media specialists have accused the government of sabotaging public broadcasting in Ukraine, due to be launched on Jan1, 2017.  Their strong-worded appeal was launched after the resignation in frustration of Zurab Alasania from his post as General Director of Ukraine’s National Television Company [NTU].

Alasania’s resignation was made public on Nov 1 and accepted by Ukraine’s Cabinet of Ministers on Nov 2.  Alasania explained that he would not accept a situation where the public broadcaster was massively underfinanced.  According to the law on public broadcasting, 0.2% of the State Budget is to be spent on the public broadcaster, this coming to 1.2 billion UAH.  The amount actually allocated is much lower, with the government having set aside money from this budget to finance Ukraine’s hosting of Eurovision.  His letter is hard-hitting and clearly designed to bring the dilemma to the attention not only of politicians, but of the public.

Ukraine’s Prime Minister Volodymyr Groysman has acknowledged that there is “resistance” to public broadcasting, though lays the blame with something he refers to as “the system”.  Journalists believe it is the government which is demonstrating lack of political will.  Viktoria Syumar, a journalist herself and now head of the parliamentary committee on freedom of speech was blunt in saying that the resistance is coming from the government.

“If we don’t have independent media, we will have only oligarch politics because it is oligarchs who will determine what is shown on television and who the people support”, she warns.

Syumar and three other MPs, all professional journalists, have joined with Ukraine’s most prominent journalists and media specialists in a Coalition for Public Broadcasting.  Their appeal demands an end to sabotage of reforms and stresses the need to provide adequate funding.  Addressed to President Petro Poroshenko, the Cabinet of Ministers and Verkhovna Rada, it warns that the lack of proper reaction to the problems arising could disrupt the reform process.

Full funding must be guaranteed both next year and in subsequent years.  There can be no justification for taking money away to finance Eurovision.

The Cabinet of Ministers must move in order to ensure that the relative amendments are made to government and ministerial normative documents, and that the National Public TV broadcaster’s statute, amended and agreed with civil society is passed by the end of the year.

The parliamentary committee on freedom of speech must ensure proper monitoring of this, and the relevant body must carry out the required valuation of NTU property by the end of November.

The government and State Television and Radio Broadcasting Committee must agree a candidate for the post of General Director with the NTU Monitoring Council.

The authors stress that there need to be guarantees of independent editorial policy, for example, in covering corruption issues, reform and other subjects of public importance. There should be no reduction in cooperation with all investigative programmes now broadcast on TV1 and non-interference in their editorial policy must be ensured.

This is an important point.  One of the programs Skhemy, run in cooperation with Radio Svoboda, has highlighted corrupt dealings or suspect levels of wealth among politicians, the SBU and police, with journalists having faced harassment in the course of their work.

The problems which have plagued Ukraine since independence include the lack of transparency of media ownership and the concentration of media in the hands of oligarchs who have either held political power or supported those in power.  Media independence was almost totally stifled under Yanukovych and there need to be serious mechanisms in place to prevent this happening again.  Most of the media remain in the hands of those who owned them under Yanukovych (including, controversially, Poroshenko’s ownership of Channel 5.)

It was therefore to be expected that the law on public broadcasting, drawn up by Viktoria Syumar with the participation of civic and media organizations,  was very publicly signed by the President during a televised presentation on April 7, 2015.  Poroshenko then called it a law that Ukraine had awaited for 23 years and acknowledged that successful governments had lacked the will to carry it through, preferring to retain control of the media.  He said that they had feared that bringing in public broadcasting would let the genie out of the bottle, but added that this is a price that must be paid for democracy.

It is a price which at the moment politicians are showing little will to pay.

The appeal is open for endorsement.  Signatures can be sent to [email protected] with the following as subject: "Проти зриву реформи СМ" [against sabotage of the public broadcasting reforms].