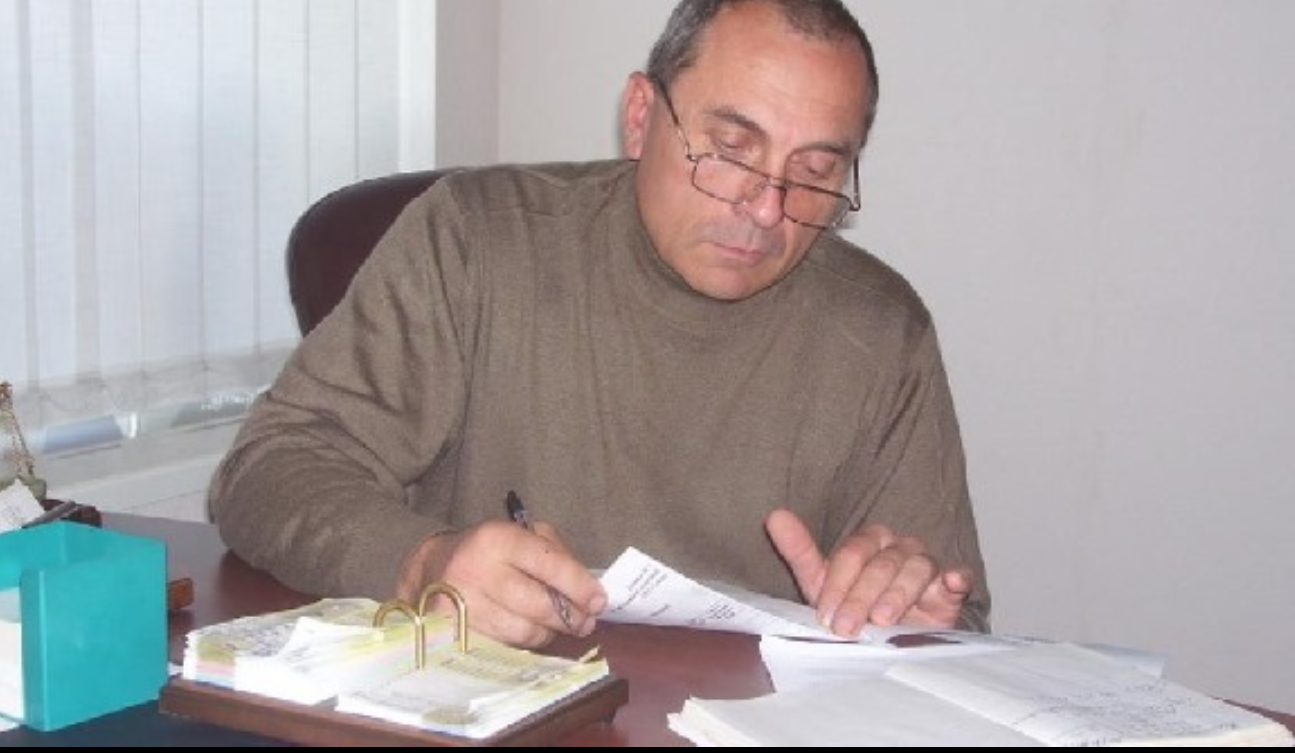 Over five years after the abduction and murder of Cherkasy journalist and Maidan activist Vasyl Serhiyenko, the suspected perpetrators are being released from detention one by one, and the person who ordered the killing has not been identified. Not, at least, by the investigators, since one name is informally heard very often with respect to this savage crime.

Serhiyenko was 58 and lived in Korsun-Shevchenkivsky in the Cherkasy oblast.  In the months before his murder he was reportedly involved in gathering information about the former governor of the oblast, Serhiy Tulub and Hennady Bobov, who was until the elections in July 2019 an MP. He was investigating, for example, believed illegal deals involving reserve land which Bobov was allegedly using for his own private purposes.

The jounalist was abducted from outside his home on 4 April 2014.  The assailants beat him and also inflicted knife wounds during the initial attack, a part of which Serhiyenko’s mother witnessed.  She pleaded with the attackers to not hurt her son, but they simply forced him into their car and sped off.  His body was found the following day in a forest.  He had choked to death on his own blood, following major blows to the head and 19 knife wounds.

Three men were arrested at that point on suspicion of carrying out the attack: Viktor Horbenko; Volodymyr Voronkov and Valentin Zavrazhin.  Two other men were arrested in 2017: Roman Nedibalyuk and Vadim Melnyk.

Melnyk, who had earlier been the head of Bobov’s guards, was reported by the then Prosecutor General Yuri Lutsenko in May 2017 to have been captured after being in hiding since the first arrests. He is accused of organizing the abduction and killing, while Voronkov is charged with killing Serhiyenko.  The prosecution has only charged the three other men with involvement in the abduction, although there is nothing at all to suggest that they did not know that the aim of the abduction was to kill the journalist.  It seems also that the blows dealt to Serhiyenko during the abduction may well, in combination with the later injuries, have been the cause of death.

The trial began of the first men arrested at the beginning of 2016, and by May 2017 was almost over.  The first delay arose for objective reasons: the presiding judge had been involved in wrongful rulings against Maidan activists and was suspended.

The case, now also including the suspected organizer (Melnyk), was sent back for retrial under a new panel of judges.  From then onwards, however, things have gone badly wrong, with the case being passed from court to court and effectively never actually beginning.  As of the middle of 2019, the trial had reached the same stage as at the beginning of 2016, with the prosecutor reading out the indictment.  The Advocacy Advice Centre has produced an infogram, which shows that in 44 months, the panel of judges changed 12 times and the case was ping ponged between six district courts.

Three of the five defendants have been released from custody – Zavrazhin on bail; Horbenko and Nedibalyuk under house arrest. While it is certainly problematical to hold people in detention for a long time without any conviction, there have been many occasions where people released from detention have disappeared almost immediately.  In a situation where the person who ordered the killing remains at liberty, there are also grounds for fearing that the defendants could come under pressure.

Movement or otherwise on finding out who ordered the killing

While nobody has ever been charged with ordering Serhiyenko’s abduction and murder, one name is very often mentioned, that of Hennady Bobov, an extremely influential figure in the area who until July 2019 was also  an MP.  Any investigative activities were, however, impossible until very recently when Bobov ceased to enjoy immunity as an MP (initially from the Party of the Regions which ruled under President Viktor Yanukovych, then the opposition Vidrodzhennya Party).

There does appear to be evidence incriminating Bobov, including some that was heard during the first attempt at a trial. It was on the basis of this that the first real criminal investigation into who ordered the killing was initiated in 2016.  This investigation was handed to the Department of Special Investigations, which has, at least up till now, been investigating crimes against Maidan activists, and which also has the advantage of being very far removed from the Cherkasy oblast

Yevhenia Zakrevska, the lawyer representing Serhiyenko’s family, explains that in May 2017, around the same time that Melnyk, the suspected organizer, was arrested, Lutsenko announced that he had applied to the Verkhovna Rada to get Bobov’s immunity waived in connection with criminal charges over tax evasion to the tune of 38 million UAH.   Although Zakrevska recalled the case of Al Capone who was imprisoned finally over tax offences, similarities to the Capone prosecution were very short-lived.  By no means everybody can hope to escape prosecution by paying money owed after being found out, especially not when the amount is huge, yet this is exactly what happened in Bobov’s case.  He paid the 38 million and Lutsenko withdrew his application to the Verkhovna Rada, although, as Zakrevska points out, only a court can decide that a person will not face criminal liability.

It remains to be seen whether the situation changes now that Bobov is no longer an MP, but Zakrevska told Tyzhden of an extremely worrying development during the election campaign.

The Special Investigations Department had issued a formal order regarding security measures with respect to one of the defendants. The investigators were planning to question or carry out other investigative measures and wished to first ensure that the defendant was separated from the others and brought to Kyiv.

This was in connection with different criminal proceedings, aimed at identifying and prosecuting the person or persons who commissioned the crime, and the order issued had no relation to the defendants’ trial. There should, in fact, have been no need for the court to have been involved in any way.  The investigators had arrived at the SIZO or remand prison where the individual in question was held, together with three other defendants. The SIZO head, however, did not want to permit the transfer until the investigators had received the agreement of the regional prosecutor.  The latter in turn insisted on any such transfer being with the consent of the court.  Then the SIZO head issued an official refusal to transfer the person to Kyiv, so the Special Investigations Department were left with no option but to seek permission for the transfer from the court.

It was after this that a local judge at the Horodyshensky Court began reading out the document during an open court hearing.  The judge thus revealed extremely sensitive information and seriously obstructed the investigators.  Local activists attending the relevant hearing report that the prosecutor tried to stop the judge and even warned that divulging such information carried criminal liability.  It was to no avail, and the judge read out all the documents, which seemingly included a statement from the defendant himself.  It was precisely because of the sensitive nature of the information and the likely danger to the defendant if any cooperation with the investigators become known that the investigators had tried to get him out of the same cell as the other defendants.

Unsurprisingly, the individual promptly announced that he had not agreed to any such investigative measures and had never signed anything. Despite the very obvious motive under such circumstances for the defendant to change his testimony, the judge ordered registration of criminal proceedings over supposed falsification of documents by the investigators and, according to the prosecutors, also ordered the SIZO to refuse to hand the defendant over to the investigators.

It was at the very next hearing, on 26 June, that this same defendant was released under house arrest and immediately refused to have any contact with the Special Investigations Department.

While the Special Investigations Department has not confirmed all of the above details which Tyzhden received from other sources, the head of the Department, Serhiy Horbatyuk did make it clear the problems involved in the case.  He says that they have tried on many occasions to get the case now being heard (when it’s not being bounced between courts which are all within the area where Bobov wields considerable influence) transferred to Kyiv,  All such applications have been turned down, he says.

After the fiasco with the documents read out in court, any attempts to bring defendants to Kyiv for questioning have been blocked.  Horbatyuk and his team tried turning to Lutsenko for assistance, but that also achieved nothing.

Ukraine has a very bad track record for holding those who commission attacks or killings of journalists and civic activists to answer.  There are very clear steps that the new government can take to ensure that five years on, there is some accountability for the savage murder of Vasyl Serhiyenko.