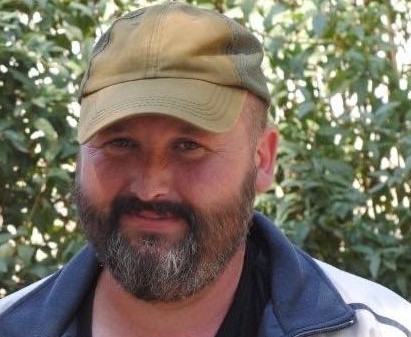 It is well over a year since Ivan Yatskin, a father of  three small children, was seized in occupied Crimea and taken to the notorious Lefortovo Prison in Moscow.  Even his arrest was only reported two months later, in December 2019, and there remains near total secrecy about the charges, except that the Ukrainian is accused of ‘state treason’ by a country that invaded and annexed his Crimean homeland.  He is supposed to have revealed ‘state secrets’ to Ukraine’s Security Service, probably about Russian police officials, however what such ‘secrets’ were, or were not, will likely only be learned when Yatskin is safely back in Ukraine. He and his lawyer were informed on 9 December that the ‘investigative stage’ has now ended, with time now given to familiarize themselves with the case material.

Yatskin is 42 and from the village of Voikovo in Crimea  Although the Russian FSB are not revealing what they claim was ‘treason in the form of espionage’, Yatskin had not concealed his pro-Ukrainian views.  This has already led to ‘trials’ and long prison sentences against other Ukrainians under Russian occupation, and it is probably no coincidence that Yatskin was one of two Crimeans (together with Oleh Prykhodko) with a strong, pro-Ukraine, civic position to be arrested a month after Moscow finally handed over 35 Ukrainian PoWs and political prisoners (in exchange for MH17 witness.  suspect Volodymyr Tsemakh).  Put most brutally, such political prisoners are a bargaining tool for Russia, ‘an ‘exchange fund’ in negotiations with Ukraine.

Yatskin has an older son and daughter from a previous marriage, and two sons, and a a baby daughter with his second wife, Gulnara Kadyrova.  The latter was around six months pregnant when, on 16 October 2019, the FSB turned up at their home, took Yatskin away and carried out a search of their home.  Although the armed men in masks do seem to have behaved properly enough and not traumatized the children, their search seems, at very least, highly specific.  They did not, for example, take mobile phones away which would seem an obvious thing to do where a person is accused of having passed on ‘state secrets’ to Ukraine’s SBU [Security Service].  It has been noticeable in a number of political cases in Crimea (those of Volodymyr Dudka, Volodymyr Balukh, Oleh Prykhodko)  that the FSB have left after supposedly ‘finding’ something incriminating. The FSB were led by a Russian investigator, Sergei Makhnev, who has been involved in a number of political trials, especially involving Crimean Tatars.

Gulnara was prevented even from saying goodbye to her husband.  The arrest fell on the eve of his mother’s birthday,, and the elderly lady was expecting them to visit that day.  Gulnara recounts how she arrived at her mother-in-law’s home with the children. Taisya Ananyivna came out to greet them with a big smile and asked “but where is Ivan?”  That was one of the hardest moments, Gulnara says, having to explain that Ivan had been taken away.

They knew nothing about where he had been taken, where he was until the ned of December 2019.  Gulnara Kadyrova says that she had never encountered anything like this before, and she had no idea what to do.   It was only after Kateryna,  Yatskin’s daughter from his first marriage sent her a link to the initiative Crimean Solidarity that the situation changed.  Crimean Solidarity arose because of the mounting number of arrests and political trials under Russian occupation, and they were able to provide her with professional advice.  From then on, fortunately, Nikolai Polozov, a Russian lawyer with considerable experience in representing the Kremlin’s Ukrainian hostages, , took over from the state-appointed lawyer who had done nothing to defend the imprisoned Ukrainian.

Russia has forced Polozov to sign a non-divulgence undertaking, so he is able to inform only that Yatskin is charged, under Article 275 of Russia’s criminal code, with having gathered and passed to the SBU information containing Russian state secrets, and that these so-called ‘secrets’ concerned employees of the Russian police / Interior Ministry in occupied Crimea.  Since Russia has made it effectively impossible for Crimeans, certainly those with young children, to go about their lives without taking Russian citizenship, and is now using the fact of this foisted citizenship to accuse Yatskin of  ‘treason’.

Yatskin is one of two Ukrainians from Crimea illegally imprisoned in Russia on these ‘treason’ charges.  Even less is known about the charges against 65-year-old Halyna Dovhopola, who was arrested on 27 November 2019.  Most worryingly, it is quite unclear whether she has an independent lawyer.  It has been standard procedure in all such cases since 2014 for the FSB to exert maximum effort to force imprisoned Ukrainians to ‘confess’, with this most often achieved through the use of physical torture, or through threats, for example that members of a person’s family will also end up imprisoned.

There are very strong grounds for suspecting that the charges in Yatskin’s case (and very possibly those against Dovhopola) are reprisals for his pro-Ukrainian views.  Russia is, in any case, in breach of international law and has no right to be prosecuting Ukrainians under Russian occupation and in accordance with illegally imposed Russian legislation