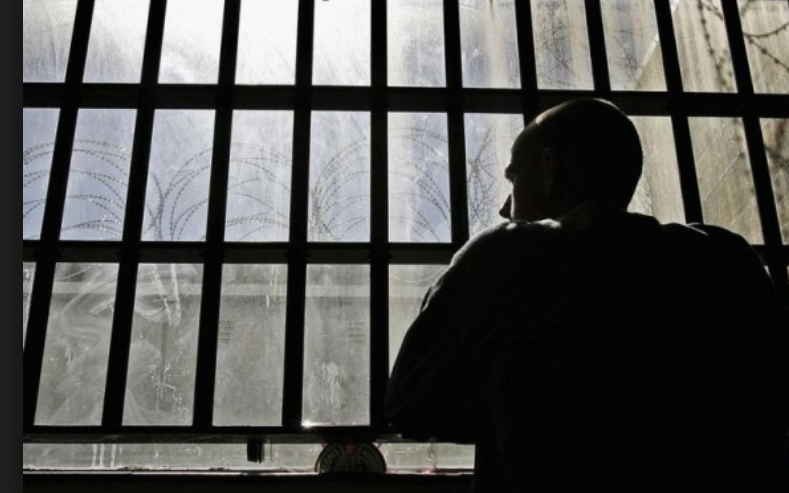 Ukraine’s President Volodymyr Zelensky has issued a decree envisaging the possibility of pardons for people convicted of corruption and drunken driving, while failing to address any of the critical failings of the present system for presidential pardons.  This is despite the ongoing absence in Ukraine of any system of judicial review in the case of people serving life sentences for crimes they probably did not commit. It is two years since human rights NGOs turned to Zelensky asking him to pardon Volodymyr Panasenko, who has already spent 16 years in prison although nobody ever believed that he was guilty.  He remains imprisoned, as to many other life prisoners whose sentences also arouse very serious concern.

Oleksandr Pavlichenko, Executive Director of the Ukrainian Helsinki Human Rights Union (and one of the authors of the appeal regarding Panasenko) has expressed his frustration regarding the Decree on Amendments to Provisions on Pardons, issued on 20 August 2021. The amendments do not remove any of the major flaws, which he, as a member of the Commission on Pardons, has seen first-hand.  There remains no clear methodology nor regulation of the work of the Commission and its members.  There are no regular meetings, and it is at the discretion of the Chair of the Commission that a meeting is called.  Pavlichenko notes that in 2020, the Commission met only twice, without passing any real decisions.  There has yet to be any consideration of applications submitted between June 2020 and the beginning of September this year. There need to be clear time frameworks, and applicants also need to know what to do if they receive a rejection.

As mentioned, the amendments envisage pardons in the case of people convicted of corruption; of road offences; and of driving under the influence of alcohol or narcotics.  It should be noted that there are some restrictions on this, with the decree stipulating that such a pardon may only occur after a person has served the part of the sentence needed to apply for release on parole.  In the case of a corruption offence, this is, according to Article 81 § 3 of Ukraine’s Criminal Code, at least two thirds of the sentence.  The same applies in the case of an particularly grave crime committed by accident. For other crimes up to medium severity, and for an accidental grave crime, a pardon (or early reason) can be applied for after a person has served only half of the sentence.  It would depend on the charges that a person was convicted of, however this would presumably mean that a person who killed somebody while drunk could hope for a pardon either after half or after two thirds of the sentence.

This is in marked contrast to the present situation regarding life prisoners, which the decree has not even tried to address.  Pavlichenko explains that any applications for a pardon are rejected on the grounds of the gravity of the crime.  This has been the case up till now and is unaffected by the new decree.

In Ukraine at present a life sentence really does mean life behind bars.  One of numerous problems with such sentences is that there is little consistency as to who is sentenced to life imprisonment, who to 15 years, or less.  This already makes the argument that specifically life prisoners should be deprived of the chance of a pardon fundamentally flawed.

There are other, even more compelling, reasons for rejecting such an argument.  Ukraine took an important step forward in 2012 with a revised Code of Criminal Procedure which specifically prohibits the use in court of evidence obtained through torture, where the person was deprived of his right to a lawyer, etc.  This was the only positive move with respect to the justice system under ex-President Viktor Yanukovych who almost immediately removed most of the powers of the Supreme Court, including its right to review criminal cases under extraordinary procedure.  Such procedure had enabled review of a conviction in cases where there had been violations of material or procedural law, for example, where evidence had been fabricated or falsified.

Ukraine’s legislators have had ample opportunity to rectify this situation since the first bill was tabled in parliament in 2015 yet have failed to do so.  There are a significant number of people, including life prisoners, who were arrested and tried before 2012 and whose convictions give serious grounds for concern.  In some cases, it seems very likely that the person is totally innocent, in others, that the life sentence passed was disproportionate to the crime committed.  It is for the court to decide in each case whether a miscarriage of justice has taken place, not for journalists, yet the courts in Ukraine now have no mechanism for doing this, and legislators are in no hurry to resolve the situation.  Given the disinformation campaigns that accompany every attempt to get legislation passed that would provide the strictly regulated opportunity for judicial review, it seems very likely that the resistance is coming from high places. The reasons are not difficult to guess.  Such judicial reviews must identify those who took part in torturing people for a ‘confession’ or in falsifying evidence, as well as prosecutors and judges who turned a blind eye to clear irregularities.

While a Presidential pardon might be the answer where a person received a disproportionately harsh sentence, a judicial review would, in theory, be preferable to a pardon in the case of men like Panasenko who should probably never have been convicted at all.  That is, however theory when men have been imprisoned for 20 years or more.

On the day of Zelensky’s meeting with US President Joe Biden, the International Religious Freedom Roundtable addressed a public appeal to President Biden asking him to intercede on behalf of one of the Ukrainian life prisoners whose guilt is in serious doubt.  Youth Pastor Yaroslav Mysyak has been imprisoned since 1999 after he was accused of killing his grandparents and uncle. There are very serious grounds for believing that his conviction was on the basis of a ‘confession’ that he was tortured into giving.  The letter and its many signatories can be found (in the enclosure) here.

As mentioned, the case of Volodymyr Panasenko is particularly shocking in that nobody ever believed he was guilty.  Those who have spoken of a grave miscarriage of justice have included Ukraine’s first President Leonid Kravchuk and first Human Rights Ombudsperson Nina Karpachova, as well as prominent human rights lawyers and NGOs.

There a clear need for judicial review of the life sentence against Maxim Orlov who was 21 when arrested in May 2009, after the police discovered the bodies of an elderly couple in the town of Taromske, on the outskirts of Dnipro. His life sentence appears to have been because the police initially seized 14-year-old Oleksandr Kozlov who had, together with his mother, done gardening work for the couple the morning before their brutal murder.  Since he was of slight build, the police needed him to have had an accomplice.  Kozlov, who was legally still a child, was interrogated alone, without a lawyer although the fact that the crime was one that can carry a life sentence meant that the presence of a lawyer was mandatory.   He ‘confessed’ under torture to the killing and said that he had committed it with Orlov.

22 and a young father when arrested in 2003, Mykola Slyvotsky has now spent 18 years in prison, with no end in sight.  His case is of concern, not only because of his consistent assertion that he signed a ‘confession’ under torture and the threat that the ‘investigators’ would bring his wife and mother in and do the same to them.  Without any other evidence, he was convicted of two murders although another man had already confessed to one of the crimes and had given detailed information about how the crime had been committed, what the victim had been wearing, etc.

The list could be continued, except that for some any justice will be posthumous.  Oleksandr Rafalskyy [or Rafalsky] died in the Lukyanivsk SIZO [remand prison] on 20 October 2016, aged just 46.  He had spent 15 years imprisoned despite strong grounds for believing that all ‘confessions’ in the case had been extracted through torture, as well as other concerns.  On 27 May 2021, the European Court of Human Rights (in the Case of Debelyy and Others v. Ukraine) found that there had been a violation of the European Convention’s prohibition of torture (Article 3) through the use of police torture and lack of effective investigation into it (details here).