The War in Ukraine. Genocide of Kharkiv 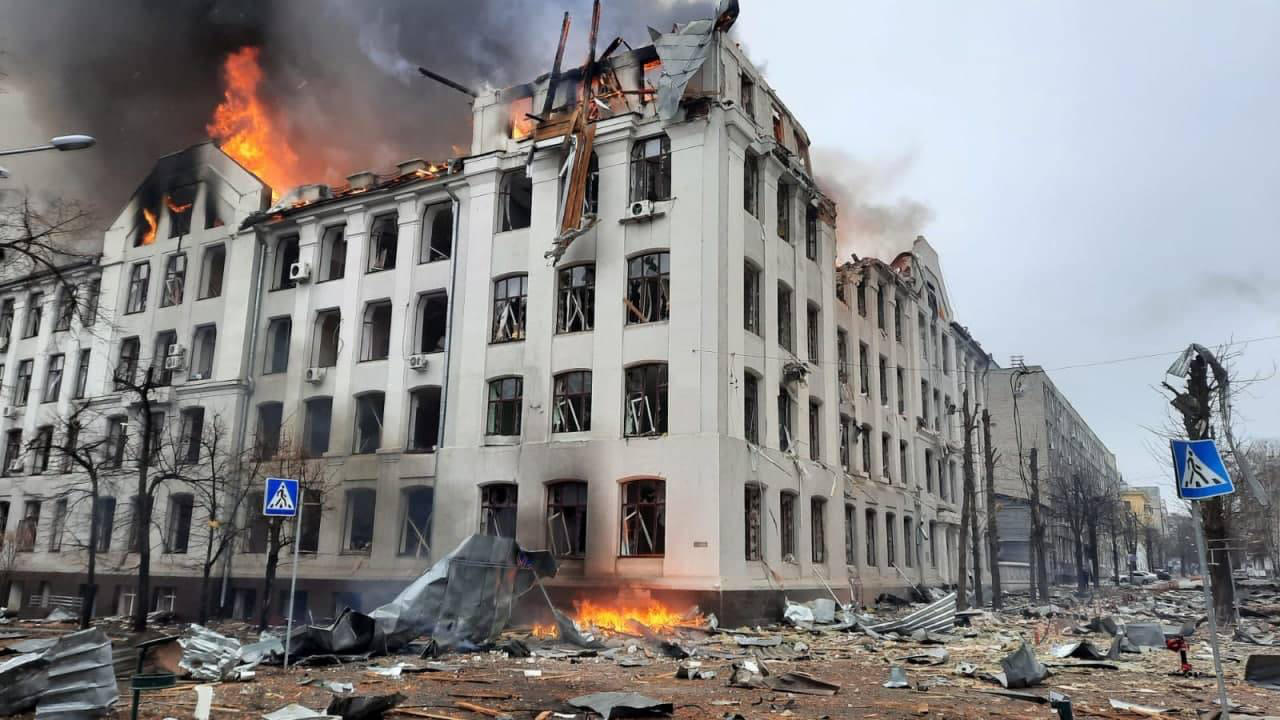 My name is Vladyslav Dolzhko. I am Ukrainian. I was born and live in Kharkiv, the second most populous city in Ukraine.

I grew up here. In my hometown I studied at school and university, received a master’s degree in law and international economic relations. In beautiful Kharkiv, I worked as a human rights lawyer, played sports and had a rest with family and friends. We lived a normal peaceful life…

For the eighth day, there is a full-scale WAR in my dear Ukraine!

For the eighth day in a row, the russian occupiers have been shelling Kharkiv and other cities and villages in Ukraine. They use rockets and artillery against civilian areas and cultural centers of our cities.

Peaceful, innocent people in Ukrainian towns and villages are dying at home or while walking down the street to buy bread and medicine and helping those who are hiding in numerous bomb shelters.

Having an active public position, being an international human rights lawyer and a graduate of the U.S. Department of State Future Leaders Exchange Program, and, above all, being a Citizen of Ukraine, I want to show the world what is happening in my native Kharkiv these days!

From the first days of the war, the occupiers began shelling areas of Kharkiv where civilians live. We call these areas “sleeping” because there is nothing there but houses and grocery stores.

I repeat, nothing but civilian houses.

The occupiers are using artillery systems that hit the area against such “sleeping” areas, destroying peaceful homes and killing innocent civilians. 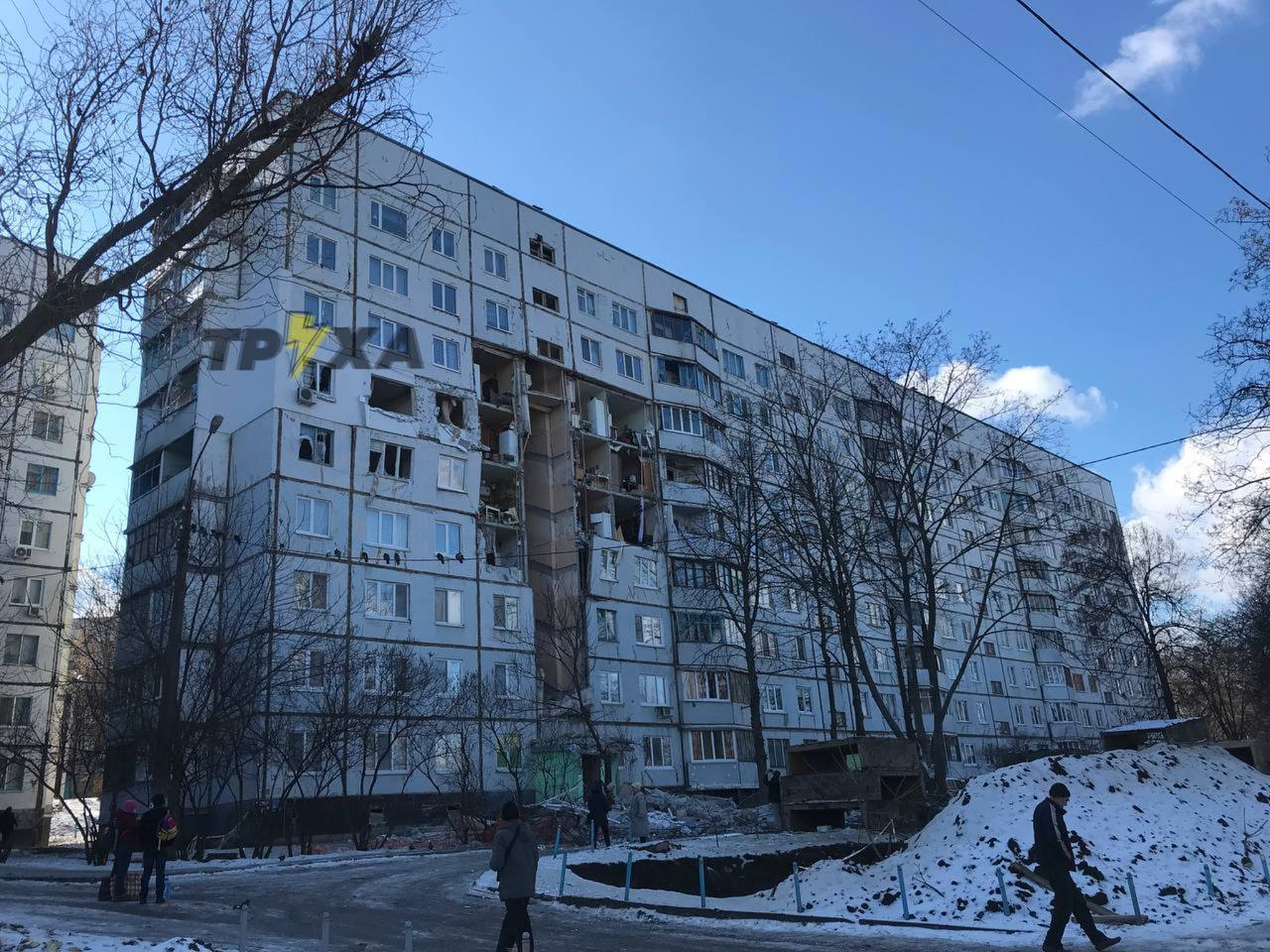 Now the occupiers continue to bomb Kharkiv. I am writing this text under the constant accompaniment of the sounds of explosions, artillery and flying fighters…

Anyone who has ever been to Kharkiv probably knows that Kharkiv has the largest square in Europe — Freedom Square.

To help you understand how big it is, in 2008 Queen performed a charity concert in Freedom Square to support the fight against AIDS. 350 thousand people listened to that concert live in Freedom Square.

Two days ago, the occupiers dropped two rockets on Freedom Square. One of them ended up in the square itself, near the tent where the volunteers work, and the other — in the buildings of the Kharkiv Regional State Administration. Many people died, and windows and walls were smashed in all the surrounding buildings.

Yesterday morning was also extremely loud. The occupiers fired a rocket into the center of Kharkiv — the Kharkiv Palace of Labor.

This is one of the historical monuments of my hometown, which has successfully functioned until that day — there were apartments, offices, shops, cafes and pharmacies.

It is located in the heart of the city, next to the City Council, on the Constitution Square. Now this place looks like this. 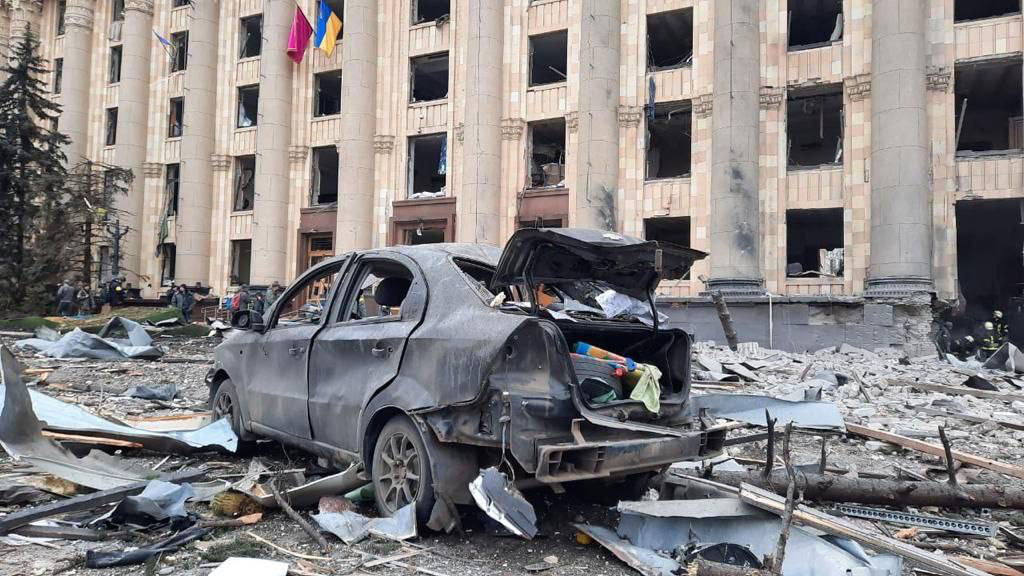 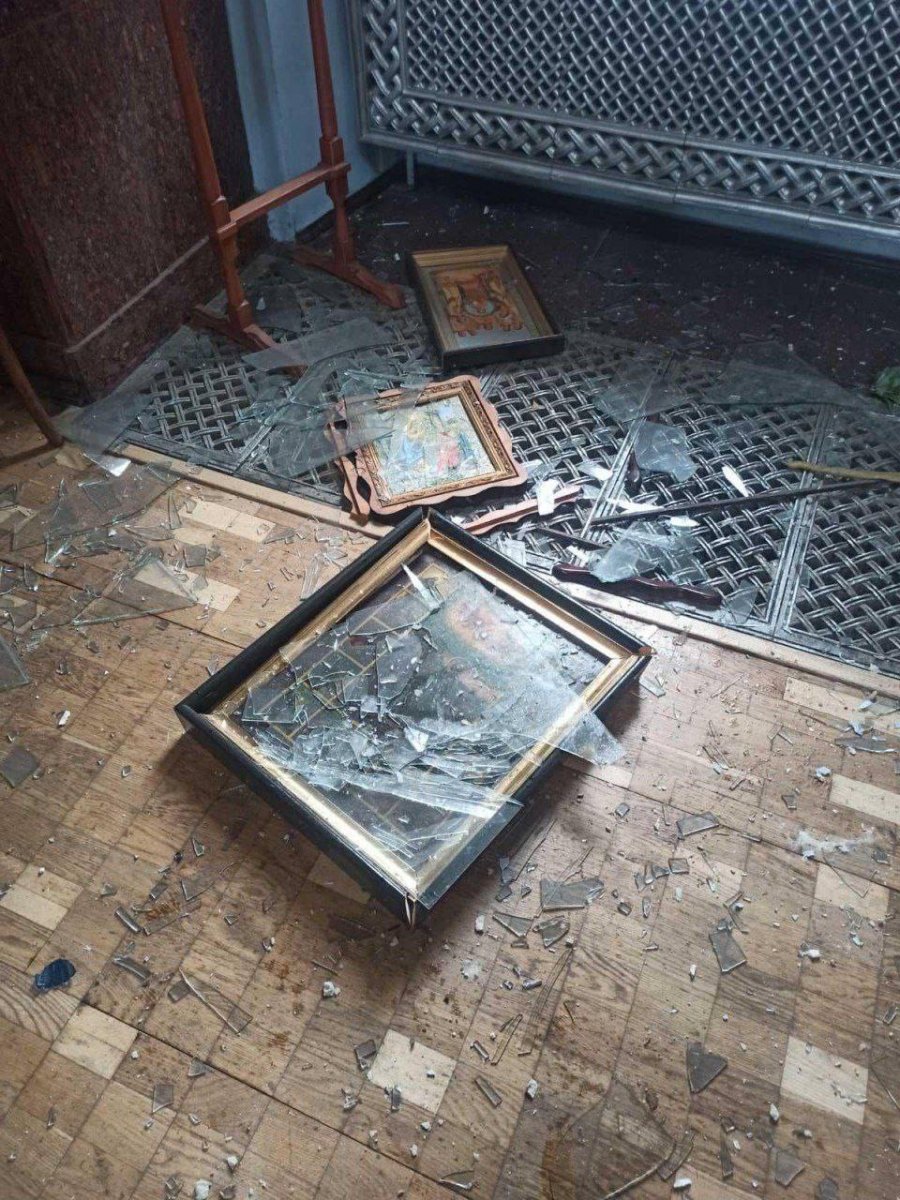 The occupiers destroyed and burned several schools with rockets and artillery. Are these military facilities?

All this was either destroyed by a rocket or significantly damaged by its blast wave. A fire broke out in the university building. 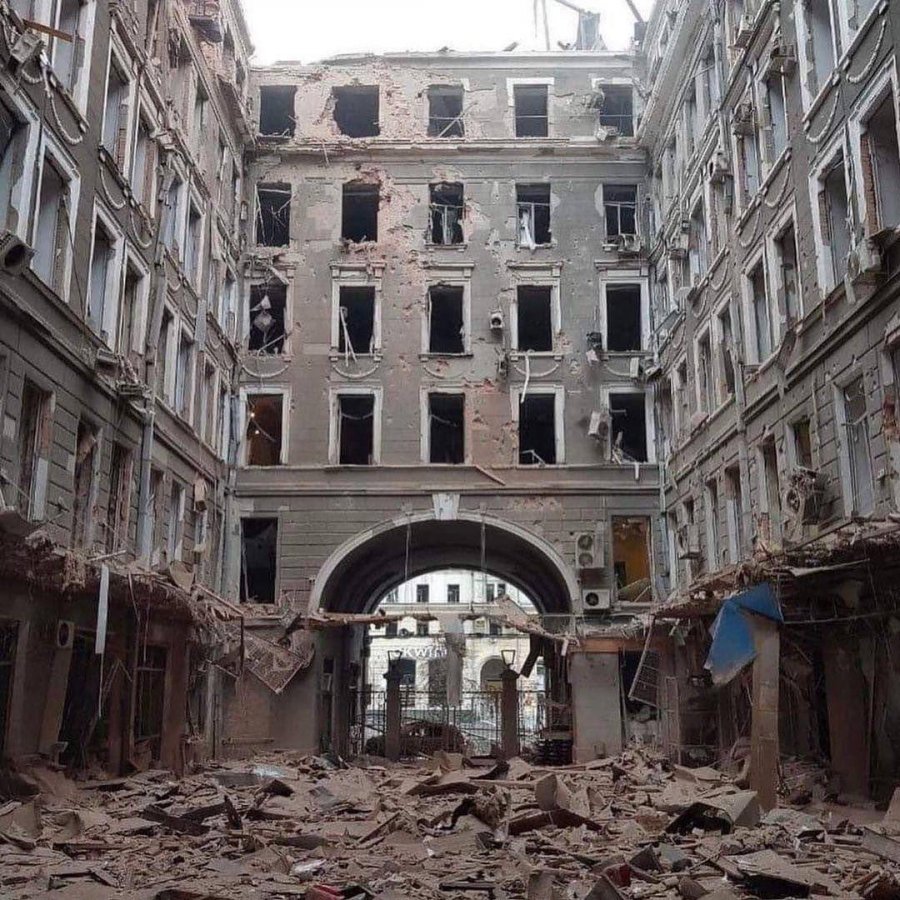 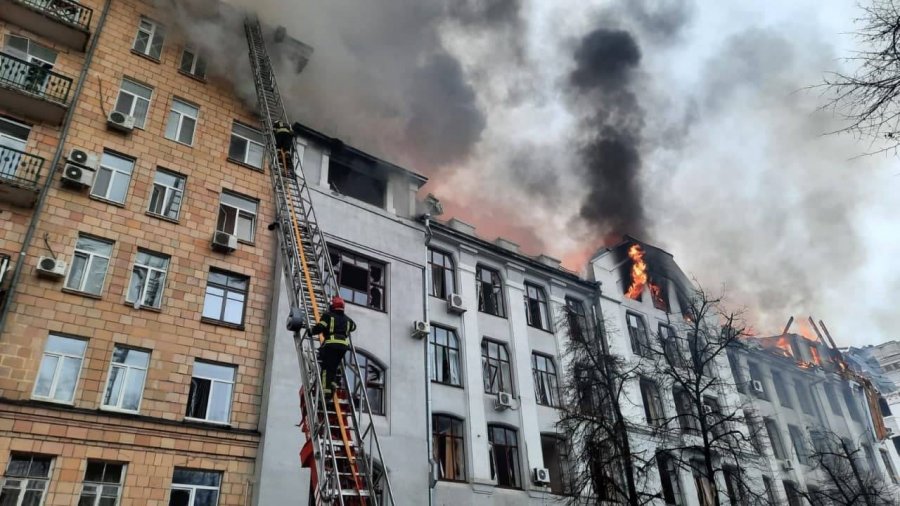 Many civilians are killed…

They are intentionally killed by occupiers!

Occupiers have no forgiveness…

Do everything you can to stop the war!

P.S. As we now say in Ukraine: “russian warship, you know, what to do”

* All the photos above are from the local telegram channel “ТруХа”