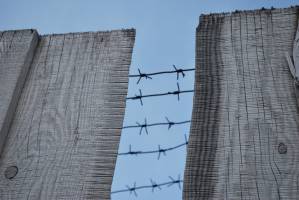 The Perm – 36 Museum at the site of the Soviet harsh regime labour camp where Ukrainian poet Vasyl Stus died, has been forced by the Russian authorities to close.  The Museum has played a vital role in informing the public about Soviet repression, but openness about the dark aspects of Russian and Soviet past has been increasingly frowned upon under President Vladimir Putin.

Although it is supposedly the local authorities who have driven the Museum out, it is surely significant that in June 2014 the nationwide pro-Kremlin television channel NTV broadcast two programmes accusing the Museum and its staff of “re-writing history and glorifying Bandera supporters and fascists”.  Other defamatory ‘investigations’ carried out by this channel have generally seemed closely coordinated with the work of the police and Investigative Committee.  In February this year, the Public Panel on Press Complaints found that the NTV material was libellous and had pronounced features of political denunciation.

The Perm-36 Memorial Centre has issued a statement about its enforced closure, promising that its work will continue.  It explains that all its efforts to reach agreement with the Perm regional authorities to retain Perm – 36 as a museum of political repression in the USSR have proved fruitless.

While negotiations were supposedly continuing, the statement says, the actual removal of the Centre from the museum it created took place nearly a year ago, and the situation has not changed since.   The Centre’s board therefore sees no option but to terminate its activities. 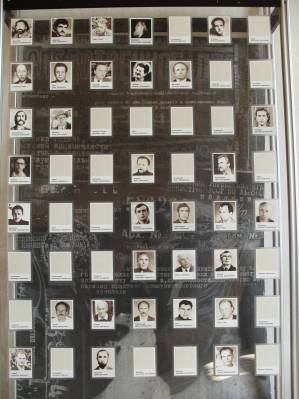 The Perm-36 Museum opened in 1996 on the site of one of the harshest Gulag labour camps at Kuchino in the Perm oblast.  Among the many Ukrainian political prisoners held at the camp were Vasyl Stus (who died there on Sept 4, 1985); Valery Marchenko; Yevhen Sverstyuk and Levko Lukyanenko.  Russian political prisoners included Sergei Kovalev, Gleb Yakunin, Yury Orlov and Vladimir Bukovsky.

The offensive against the Museum really began in 2014 when state funding was cut, the director dismissed and even water and electricity supplies cut. .

An appeal launched under the title “Save the Public GULAG History Museum from destruction!” was signed by well over seventy eight thousand people.  The appeal said that “for those who suffered during the years of Stalin’s repression, who lost those closest to them, who experienced huge losses and years of lawlessness, the Memorial Museum was and remains a Monument to the innocent victims, our parents, who died in the camps and prisons of the GULAG.  The work of this museum in the Perm region was for us confirmation that the federal and local authorities had drawn conclusions from the past and were willing to do everything possible to prevent a repetition of the national tragedy of the XX century.”

The NTV programme, entitled “Fifth Column” , “endlessly repeats the neo-Stalinist idea that only Stepan Bandera supporters and those who collaborated with the Nazis were held in Perm-36, with the conclusion that the museum itself is built on pro-fascist and anti-State ideology”.

The term ‘banderovtsy’ was used in Soviet propaganda and has now, under Putin,  become one of the staples of Russian propaganda against Ukrainians in general, and EuroMaidan supporters and the new government in particular.  “Fascist” is normally added, with no justification, either with respect to the political prisoners of Perm-36 or to Ukrainians and the current government.

Last year Latypov still believed that the authorities would avoid the damage to reputation at local and national level caused by closing the Museum altogether.

By preventing it from functioning, they have done just that.