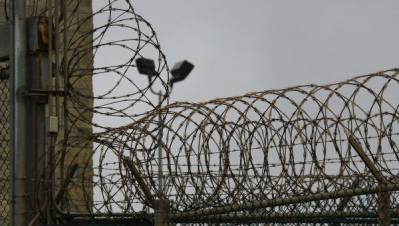 Human rights activists have called for the adoption of draft bill 2708 which aims to remove the current possibility of extending prisoners’ sentences over alleged minor offences. .

The bill proposes to remove Article 391 of Ukraine’s Criminal Code.  According to Oleh Levytsky from the Ukrainian Helsinki Human Rights Union, this norm was first created back in 1983, and has inexplicably survived the end of the Soviet Union.

The norm in question allows for an extra sentence of up to three years for what is termed persistently disobeying the legitimate demands of prison authorities, or any other form of resistance.  This is measured by whether a prisoner has, for example, been placed in a punishment cell or similar penalties more than once within the space of a year.

The scope for abuse is enormous.

At a press conference on Thursday, the activists noted that during the period from 2010 to 2015 there were 500 court cases on applying this norm, with only three resulting in the person being acquitted.

The kinds of ‘offences’ are disturbingly trivial.  A prisoner had an extra year added for supposedly sleeping in the wrong place and one person got three years for allegedly refusing to get up in the morning.

Andriy Didenko from the Kharkiv Human Rights Group points out that there have been cases where the article is applied against people who had complained of ill-treatment.

In 2011, for example, Volodymyr Bordun alleged that he had been tortured by personnel at the Oleksiyivska No. 25 prison colony.  KHPG had asked for him to not be sent to the specific colony, considering him to be in real danger there.  Bordun alleges that 75 days before his sentence was due to end, he complained to a UN body of torture by prison administration.  He then got an extra 3 years added to his sentence.

Former prisoners believe that the norm is used specifically against prisoners who complain about infringements of their rights.