Ukrainian could face prison for Victory flag in memory of his grandfather who fought in WWIIComparing Stalin to Hitler could soon get you prosecuted in Russia, saying they both invaded Poland already hasRussia exploits war veterans for offensive against opposition activists and historical truth Bandera. An Invitation to a Calmer ConversationIn Memory: Raisa Rudenko, imprisoned by the Soviet regime for her role in the Ukrainian Helsinki GroupContra spem speroUkrainian gets suspended sentence for T-shirt with Soviet symbolDamning ECHR judgement puts future of Ukraine’s lustration law in question‘Russian world’ supporters in shock as Moscow deports ‘Donbas republic’ propagandist to face trial in UkraineSBU raids Communist Party on suspicion of treason & planning a coupStalin’s Legacy: Son Of An ’Enemy Of The People’ Vows He’ll Never ForgetPoland’s right-wing government poised to seize more control of the judiciary than Yanukovych achieved in UkraineDecommunization trials in Lithuania and Ukraine, while Russia defends Soviet pastRussian ‘Donetsk republic’ propagandist seized – or killed - in Donbas after speaking too freelyUkraine remembers Petro Grigorenko as his words in defence of Crimean Tatars could get you arrested in Russian-occupied CrimeaRussia deploys armed police but fails to stop vital Crimean Tatar resolution warning of persecution & discriminationQ&A: What Does Archbishop Huzar’s Example Mean for Ukraine?Ukrainian student sentenced for ‘propaganda of communism’ on FacebookCrimean supporters of Russian annexation jailed after criticizing ruling partyFreedom House: The False Promise of Populism
• Topics / Elections
• Topics / Freedom of peaceful assembly 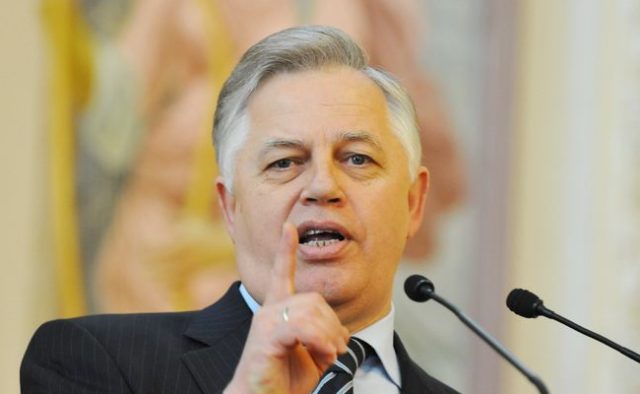 The ‘Communist Party of Ukraine’ has announced that it is putting forward its leader Petro Symonenko as presidential candidate in the coming elections.  The announcement has aroused bemusement, since it comes over three years after the much publicized ruling from the Kyiv District Administrative Court banning this very same party.

In fact, CPU is not yet illegal, as the ruling on 16 December 2015 was appealed, and the courts are clearly in no hurry to consider that appeal.  The situation is confusing, which may be why even Oleksiy Koshel, Director of the Committee of Voters of Ukraine [CVU], one of Ukraine’s main electoral watchdogs, appeared to give somewhat conflicting opinions as to whether the Communist Party can put forward an official candidate.  In an earlier interview to Hromadske Radio, soon after the news of the CPU announcement on 3 January,  Koshel suggested that there was nothing to stop them, as the ban on the party, having been appealed, has not come into force.  On 4 January, however he stated Symonenko could only stand for election by putting himself forward and called the statement from CPU empty political posturing.  He added, however, that the Communist Party could publicly express their support for his candidacy and run a major campaign for his election, using its party emblems, etc.   He asserted that there was nothing to stop this as, for the moment, the party remains one of 153 officially registered political parties in Ukraine.

In the same interview, Koshel suggested that Symonenko might want to use his participation in the presidential elections to try to claim that criminal proceedings launched against him are politically motivated.  Koshel noted also that the official financial reporting from CPU does not correlate with the actual spending seen earlier, and now, from the Communist Party.

Speaking on Hromadske Radio, Koshel mentioned also that there is a submission with the Constitutional Court regarding the constitutionality of the court ruling banning the party.

It is not at all clear when the legal wrangling will end with a full ban of the Communist Party.  He did not appear to consider the possibility that it might end up not being banned.

“We live with the reality of the decommunization reform having proven unsuccessful.  It was carried out in a very short amount of time and for many it is even hard to believe that at this time the Communist Party is officially continuing to function and is officially registered, having all the same rights as other political parties”.

Even if the party remains legal, it is surely not clear that its symbols are since these also fall under the same law.  There have already been criminal proceedings initiated against veterans for unfurling a communist flag, and in May 2017, a Lviv student received a suspended sentence for photos and other material with communist symbols posted on Facebook.

The ban on the Communist Party by the Kyiv District Administrative Court on 16 December 2015 was at the application of the Justice Ministry  The Ministry’s application asserted that “the Communist Party of Ukraine [CPU] carries out actions aimed at changing the constitutional order through violent means; violating the sovereignty and territorial integrity of Ukraine; propaganda of war, violence and incitement to inter-ethnic enmity and encroachment of human rights and freedoms, and members of CPU systematically make calls to create armed formations”.

This may well be true, however information needed to be provided, and was not, as to the evidence provided to back these assertions.

The Communist Party had demanded that the Justice Ministry revoke its July 24 2015 Order which stripped the Communist Party and two other linked parties of their registration, and therefore their right to take part in the coming local elections. As reported at the time, three Ukrainian political parties had thus effectively been banned from participating in elections without any court ruling.

The July 24 Order cited the above-mentioned Law on condemning communist and Nazi regimes, and prohibiting their propaganda as its justification for depriving the parties of their electoral rights.

The problem is twofold.  Firstly, no ban on the actual party has yet to come into force.  The second is that the law in question has been heavily criticized by the Council of Europe’s Venice Commission, and any such ban is more than likely to be found by the European Court of Human Rights to violate the rights of party members.

While the constitutional experts stressed that the Law had a legitimate aim, and that Ukraine has the right “to ban or even criminalise the use of certain symbols of and propaganda for totalitarian regimes”, they found the Law’s scope much too broad and the sanctions, including long terms of imprisonment, too severe.

The experts warned that any prohibition of groups or parties jeopardizes freedom of association and stressed that political parties should only be banned from taking part in elections, or dissolved, as “a measure of last resort in exceptional cases”.