Russia moves to dissolve vital human rights NGO defending political prisonersECHR finds Ukraine breached the right to life over Maidan killing and multiple other violations Crimean Tatar political prisoner ‘retried’ until Russia’s FSB got the sentence they wantedApplication practice of Article 109 of the Criminal Code of UkraineApplication practice of Article 110 of the Criminal Code of UkraineRussian proxy Donetsk ‘republic’ moves to plunder Ukrainians who don"t take its ‘citizenship’Russia sentences mathematician to six years for refusing to plead guilty Russia indoctrinates children to want ‘to defend’ occupied Crimea against Ukraine Two-year sentence on ‘defamation’ charges for writing about Russian occupiers of Crimea “Now and then the flame dies down, but solidarity is a stream of sparks”Crucial victory for Ukraine in ECHR case against Russia over Crimea Why would Russian Wikipedia censor information on the Donetsk Izolyatsia secret prison?Crimean Tatars sentenced to 18, 17 and 13 years for discussing their faith and Russian persecution 2020: There was no worse year in the realm of human rights after the Revolution of DignityMass detention of Crimean Tatars travelling to political trial in Russia Investigation of individual terrorist crimesNext, Russia will come for the children Abducted, tortured and spending seventh Christmas in Russian solitary confinement A brief description of the KHPG strategic litigations in July–December 2020Ukrainians forced to take Russian citizenship, or lose their homes in occupied Crimea
• Topics / News from the CIS countries 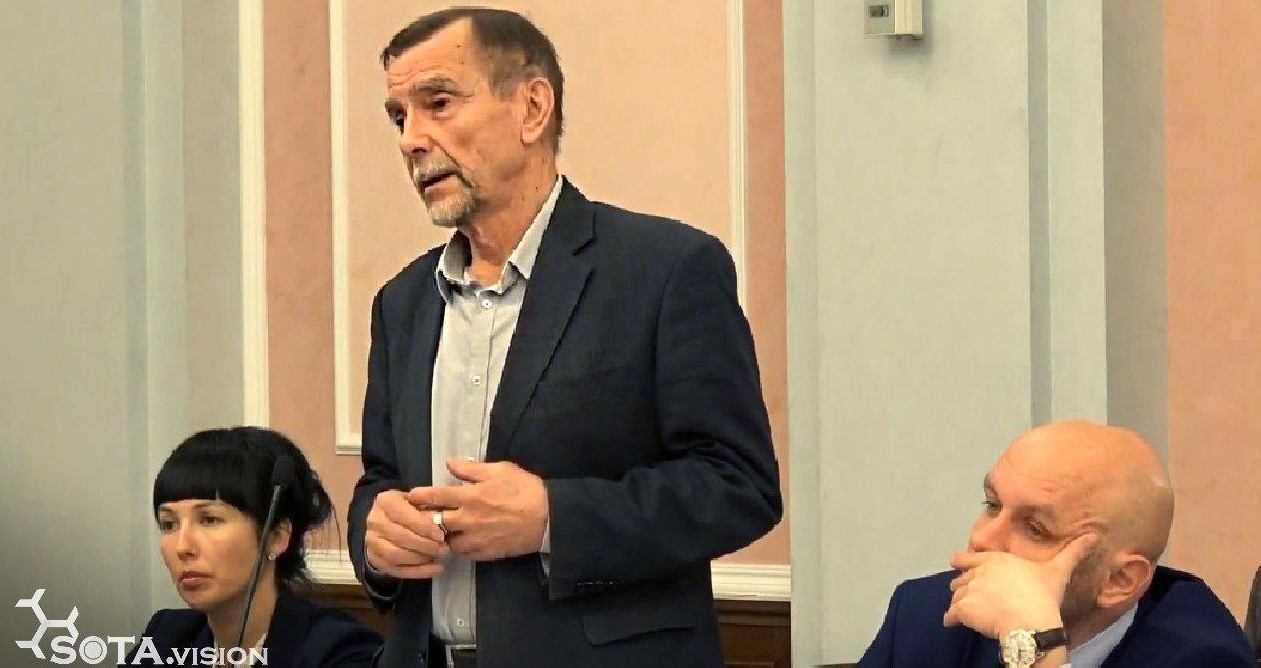 Russia’s Supreme Court has allowed a Justice Ministry application and ordered the dissolution of the NGO ‘For Human Rights’ [«За права человека»].  The NGO has played a major role in defending political prisoners in Russia and occupied Crimea, and it is doubtless for this, and for its work in publicizing particular forms of religious persecution and truly shocking political trials, that it, and its director, Lev Ponomaryov, have come under attack.

There has been a dramatic increase in the number of political prisoners over the last year, with this making the mounting offensive against ‘For Human Rights’, the Memorial Society and a number of other NGOs particularly worrying.

The Justice Ministry claimed, and the Supreme Court judges obediently agreed, that the NGO should be dissolved because of “numerous infringements” which it allegedly uncovered during an unscheduled check.  News of the application was made public on 15 October.

One of the main complaints was that the movement’s charter, adopted in 2014 did not comply with amendments to the Civil Code which came into force shortly after the charter was adopted.  It seems quite clear that this is a mere pretext, with that only confirmed by the ministry’s rejection of the NGO’s entirely reasonable request that it wait until the NGO’s new congress in the autumn which could rectify the situation.

The second complaint was that Russia’s effective censor, Roskomnadzor, had repeatedly fined the NGO.  Ponomaryov has said that this is connected with an  open season for hunting out publications not only in the mass media, but on social media, networks linked with the forced labelling of the NGO as a ‘foreign agent’.  All the protocols drawn up by Roskomnadzor were on the basis of statements from “active citizens”.  These ‘citizens’ have proven impossible to identify, even in court.

The ministry’s representative in court claimed that there were a lot of unrectified infringements.  Ponomaryov rejects this, saying that these are infringements that they are being prevented from rectifying. They bring the documents after complaints about a first infringement.  These are ignored, and new infringements reported, though the infringements have been eliminated.  He points out that it can easily be checked by looking at the correspondence that the supposedly ‘unrectified’ infringements were in fact rectified several times.

The Supreme Court judges evidently had no interest in checking any correspondence.

During the hearing on 1 November, Karina Moskalenko, who was representing the NGO, asked the ministry what the purpose of their unscheduled check had been.  Was it to regulate the NGO’s activities or to terminate them?

It is, unfortunately, likely that Ponomaryov and the organization are likely to find justice only at the European Court of Human Rights, to which they intend to apply.

Ponomaryov has been an active defender of human rights since the 1980s, and has been extremely critical of the dismantling of fundamental rights under President Vladimir Putin.  His organization ‘For Human Rights’ was one of the many prominent NGOs targeted in the move to force all NGOs that received any foreign funding to register as so-called ‘foreign agents’. In March 2015, it was fined for refusing to voluntarily register as a ‘foreign agent’, and was also evicted from its original office. It was finally removed from the ‘foreign agent’ register in late 2015, though this did not stop the ongoing harassment from the authorities.

‘For Human Rights’ had been placed on Russia’s notorious register of ‘foreign agents’ (i.e. any NGO getting grants from abroad) but had been removed from it.

Then on 13 February 2019, the justice ministry forcibly included it in the list of ‘foreign agents’ again, after another unscheduled ‘check’.

It seems likely that the Supreme Court hearing on 1 November was merely one of the last stages in a long-term plan by the regime to eliminate a human rights organization that has consistently pointed to grave violations of the right to a fair trial; of religious freedom, etc. and defended the ever-growing number of victims of repression.