TYMOSHENKO HAS BEEN ARRESTEDFrom trial to circusUkraine’s Systemic ErrorWriters and intellectuals call for the trials of Tymoshenko and Lutsenko to be stoppedPolice, unlike journalists, allowed to film Tymoshenko trialJournalists demonstrate direct involvement of President’s Administration in Tymoshenko trialEconomist: Justice in Ukraine: Democracy on trialGerman Ambassador reiterates warning about consequences of selective justiceTymoshenko trial: tweets included, not witness’ documentLawyers’ Association rejects accusations against Tymoshenko’s lawyerJudge rejects Prosecutor’s request to arrest TymoshenkoTymoshenko trial: Gryfon police officers use foul language and force to clear the courtTweets Made Evidence In Tymoshenko TrialCourt adds Tymoshenko’s notes on Twitter to the prosecution caseTymoshenko to ask specialists whether the Judge explained what she’s charged withIndependent: Trial puts Tymoshenko back in the spotlightTymoshenko’s Lawyer: How do you formulate a crime that didn’t exist?Tymoshenko’s lawyers invite press to try the court’s deadlineTymoshenko’s Lawyers plan to ask for the indictment to be read againMr. President, Time to Stop Digging Yourself Into a Hole
• Topics / Politics and human rights
• Topics / The right to a fair trial 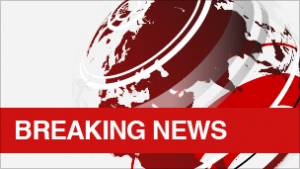 A Ukrainian court has ordered the arrest of former Prime Minister Yulia Tymoshenko during her trial on charges of abuse of office.

The prosecution had requested she be taken into custody due to repeated violations of a court order.

Until now, Ms Tymoshenko had been required to remain in Kiev but had not been placed in detention.

Ms Tymoshenko is accused of illegally agreeing a 10-year contract to buy natural gas from Russia.

She denies the charges, which investigators say meant Ukraine was forced to buy gas at prices that were ruinous for its economy.

According to Ukraine’s commercial 5 Kanal TV, prosecutors had asked for Ms Tymoshenko to be arrested for showing contempt towards Prime Minister Mykola Azarov, who testified against her, and Judge Rodion Kireyev.

Ms Tymoshenko was in court at the time and was quickly surrounded by police officers, 5 Kanal TV reported.

She was placed in handcuffs just outside the courtroom and led away, as her supporters shouted "Shame!", AFP news agency reported.