Holodomor : what is the Kremlin afraid of? 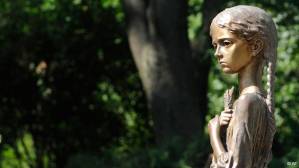 As reported, studies by Ukrainian scholars about Holodomor, or the Manmade Famine of 1932/1933 have been included in the Russian Federation’s Federal List of Extremist Material.

According to historian Yaroslav Hrytsak, the works in question are based on documents which clearly show what the NKVD was, and its successor is Russia’s FSB [Federal Security Service].  “The Russian form of truth is frightened of the published documents”, he believes. “It is not based on facts and therefore the archives also remain absolutely closed for study”.

News that the Federal List had been updated came last week. Now, as well as “anti-Putin”, Islamic materials, as well as educational material from the Jehovah’s Witnesses, there is, for example, the work by well-known Ukrainian law specialist and diplomat Vladimir Vasylenko “Holodomor 1932-1933 in Ukraine as the crime of genocide: legal assessment, 2009”

The Russian authorities’ blacklist now also includes material from the criminal case No. 475 heard in the Kyiv Court of Appeal which found Stalin, Kaganovych and some others guilty of genocide over Holodomor. The case material contained hundreds of pieces of testimony of witnesses of forced collectivization, the requisitioning of food, cannibalism and executions by NKVD officers.

Other books banned include the work by Yury Shapoval, Volodymyr Prystaiko, Vadim Zolotaryov “Cheka – GPU – NKIVD” in Ukraine: people, facts, documents” 1997  and a book by Vasyl Morochko (the name is in fact Marochko) “The Genocide of the Ukrainians” Series Holodomor 1932-1933 Holodomor 2007

Deutsche Welle quotes historian Alexander Dyukov who writes that while he sees the concept of Holodomor as genocide politically motivated and not withstanding genuine academic criticism, declaring such books “extremist” is pure idiocy and arbitrary will reducing the chances for Russian historians to justify their position on the famine of the 1930s to foreign historians.

Ukrainian books can also be removed from the Federal List and there have been such precedents. The authors need to appeal against the court order finding them extremist and prove that there is nothing extremist in the work. Yaroslav Hrytsak, however, thinks success in this is fairly questionable since “Russian courts don’t listen to arguments”. “There is one argument – force, and the force is with those in power”.

Anna Semenyuk, a doctor and demographer who has researched Holodomor believes that the court rulings from the Meshchansky District Court in Moscow blacken the name of Ukrainian scholars. She says that the academic community should turn to international courts to defend the reputation of the historians whose books Russia has labelled extremist.

From the report at the Deutsche Welle Ukrainian Service