Chief Editor of Korrespondent the next to go 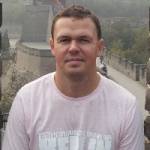 Only 5 days after mass resignation from Forbes Ukraine over alleged censorship, Vitaly Sych long-standing editor of the journal Korrespondent has been replaced.  These two journals are the most substantial of those owned by the Ukrainian Media Holding [UMH]. This new editorial change comes less than two weeks after the announcement that Serhiy Kurchenko had completed his buyout of UMH ahead of schedule.  This removed any restrictions on changing the board of the UMH group and placed management of UMH in the hands of Kurchenko’s VETEK media company.

Sych announced that he had decided to leave after 10 and a half years as Chief Editor earlier and had warned the new owners of this.  If so, then he did not make his intentions known unlike Volodymyr Fedorin, Editor of Forbes Ukraine who announced his resignation from the beginning of October as soon as the buyout was announced in June this year.  In a public statement he wrote that he was certain that the buyer had one or all of the following aims: to shut journalists up before the presidential elections; to whiten his own reputation and / or to use the publication for purposes that have nothing in common with media business.   Forbes had in fact published material highly critical of Kurchenko.

Korrespondent has also had a reputation for quality journalism and has not been afraid to touch on subjects which could anger those in power.

The new Acting Chief Editor is Andriy Ovcharenko who was Editor of Argumenty and Fakty in Ukraine.