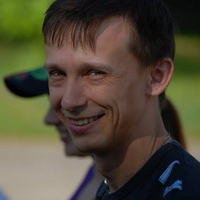 Yehor Vorobyov, journalist for Espreso TV was released on Tuesday, Oct 7, after being held hostage by Russian soldiers and / or Kremlin-backed militants from the self-proclaimed Donetsk people’s republic for 38 days.  He appears to have been one of the imprisoned Ukrainians exchanged for two members of DPR.

As reported, the journalist was taken prisoner while covering the siege of Ilovaisk* in the Donetsk oblast.  He was there together with cameraman Taras Chkan and Road Control journalist Rostislav Shaposhnikov from Aug 25 when the Ukrainian army came under a major offensive by the Russian soldiers whom Moscow is claiming are not in Ukraine. On August 31, Chkan and Shaposhnikov were released.

In an interview to TV “112 Ukraina” which his wife works for, Vorobyov explained that he had been working together with Ukrainian forces in Mnohopill, outside Ilovaisk.  They came under siege a day after arriving there, then on August 31 were taken prisoner.

He was held in Makiyivka in the Donetsk oblast, most of the time in a cell by himself.  At the beginning he was subjected to harsh interrogation, but then that stopped, and he was left to sit and wait.

Asked if his journalist ID helped, he said on the contrary, that this had heightened the militants’ hostility. They were more likely to be better disposed to the Ukrainian soldiers.  He says that the militants feel discomfort since information is so different on Ukrainian and Russian channels and are hostile to Ukrainian channels.

From a report on Telekritika