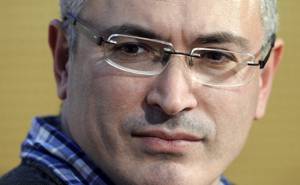 Russian state investigators turned up on Tuesday morning at the offices of the NGO linked with Mikhail Khodorkovsky, and also searched the homes of employees and even their relatives.  At least 10 homes are reported to have been targeted.

The Investigative Committee claimed that the searches were in connection with the 2003 tax evasion case which Moscow used to imprison Khodorkovsky, oil magnate and one of Russian President Vladimir Putin’s fiercest critics.  The latter had begun playing an active role in politics, and this was widely viewed as the reason for his arrest.  He was suddenly ‘pardoned’ by Putin in 2013, probably because of the coming Sochi Olympics, and has lived outside the country ever since.

Khodorkovsky’s Yukos oil company was effectively taken over, and Russia is now facing a 52 billion dollar bill in compensation to Yukos shareholders, imposed both by the International Court of Arbitration and the European Court of Human Rights.

Khodorkovsky was recently again ‘charged’, this time fortunately in absentia with the murder of a Siberian mayor in 1998 and the attempted murder of two other men.

Since Khodorkovsky was held in a Russian prison for 10 years, with new and internationally condemned charges pulled out to ensure a second sentence, without any mention of the supposed murder, scepticism seems warranted.

Material from Open Russia is frequently quoted here, since it is one of the few sources of reliable information about human rights abuses in Russia, including the imprisonment of Nadiya Savchenko, Oleg Sentsov and other Ukrainian political prisoners.

If the searches were indeed linked with a tax evasion case from 2013, one wonders why they are reported to have removed papers from the Parnas opposition party, even books by Boris Nemtsov the slain opposition leader.

Mikhail Khodorkovsky ― One can only shake ones head in disbelief, especially considering the fact that none of the current Open Russia staff and activists ever worked for Yukos. And when this case was going on, some of them were much too young. It seems as if this insanity has entered the final stage. We are familiar with all of this from the Brezhnev period; I mean we, the older generation. There’s nothing new about this.
All of the people who work with Open Russia are well aware, and have understood from the beginning that such pressure is not only possible but inevitable. The logical progression of any authoritarian regime, in general, gives no reason to doubt that this is how it will be. In which case, as we have been working, so that is how we will continue to work.

Michael Naki ― Tell me, please, on your part, are you, so as to publicise this situation in the media, going to, say, take some action against the Investigative Committee, to help the staff at Open Russia?

Khodorkovsky ― Come on, this isn’t a Tambov mafia gang that is being investigated. I can’t resist armed men. But yes of course we will do what we can to publicise what is going on. And it’s dependent on us to ensure that those people who are responsible for this, that they will get their comeuppance; and that we will do. Because at some point it will come. I’m absolutely certain that the wait, speaking in general terms, perhaps it might be several years, but, nevertheless, it’s coming.

Naki ― And the last question: Tell me, why is this happening now to Open Russia staff? What’s it about?

Khodorkovsky ― I can’t comment on the actions of people who are in the final stage of senility. Their actions are unpredictable. It’s like flogging a dead horse, but you still brandish the whip because that’s all there is to keep going.