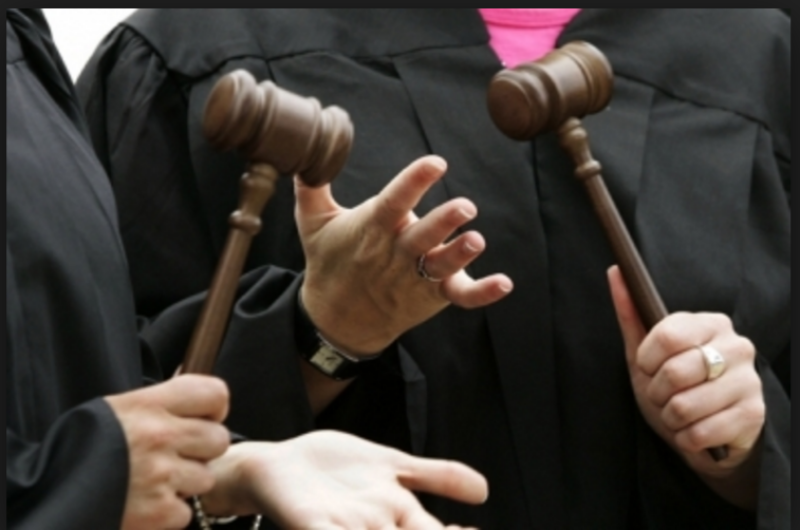 Corrupt judges can breathe a sigh of relief.  An amendment to Ukraine’s Constitution restricting judges’ immunity from arrest in cases where they have been caught committing an offence has been deftly ‘readjusted’ by the High Council of JusticeRoman Kuybida, Deputy Director of the Centre for Political and Legal Reform is blunt in accusing the High Council of Justice [HCJ] of thus making “a fake” of the supposed reduction of judges’ immunity.

The move, if not countered, could obstruct efforts to fight corruption among the judiciary.  The new version of the Constitution clearly states that a judge may not be arrested or remanded in custody without being convicted by a court, unless he or she is detained while or immediately after committing a grave or particularly grave crime.  Grave crimes include taking a bribe for passing a more lenient sentence, etc.

That is what the Constitution now stipulates.  The restriction in their powers is, however, clearly not to the liking of the High Council of Justice. They have issued a public statement in which they assert that remanding a judge in custody or under house arrest “is a gross violation of the constitutional guarantees of judicial immunity, including in cases where the judge has been detained during or immediately after committing a grave or particularly grave crime”.

Kuybida explains that at present, under Ukraine’s Criminal Procedure Code, if a judge has been caught taking a bribe, the investigator can apply to the court directly for his or her detention / house arrest.

HCJ are now claiming that they must give their consent.  Since the investigator has just 60 hours to get the person brought before the court, the chances of obtaining HCJ permission in that time are virtually non-existent.   The statement does accept the possibility of arrest if this is required to prevent a crime, its consequences or the removal of evidence, but the High Council’s list does not include the possibility of remanding a person without HCJ permission to prevent them absconding.

The reforms were brought in to prevent such situations as the flight from prosecution of judge Mykola Chaus who was indeed caught red-handed last summer taking a bribe.  Parliamentary permission was then needed to remand him in custody and parliament was on its vacations.  Chaus is now believed to be in hiding in Russian-occupied Crimea.  Ukraine has placed him on the international wanted list, but there is next to no likelihood of Russia detaining him.