Ukraine finally stops persecuting whistle-blower judge, and rules against corruptionCouncil of Europe collaborates with Russian agency persecuting Crimean Tatar and other Ukrainian political prisoners New bill on the Security Service is in breach of Ukraine"s Constitution and human rights standards What is next?The main threat is in ourselvesA brief description of the KHPG strategic litigations in the first half of 2021Judicial reform in Ukraine is “doomed” if current bill gets passed – Venice Commission June 3 Letter to the Members of the Verkhovna Rada of UkraineThe Bill on SBU is unacceptable, it should be buried Prominent Russian human rights lawyer arrested for doing his job Zelensky"s reform risks dissolving notorious court but leaving judicial corruption intactSo what will “New SBU” be?What is wrong with the bill on SBU?Zelensky gives top post to official involved in storming of Maidan 2020: There was no worse year in the realm of human rights after the Revolution of DignityA brief description of the KHPG strategic litigations in July–December 2020Savagely beaten Maidan activist Tetyana Chornovol formally charged with a non-existent murderPost-Maidan Tale of ImpunityTotal impunity for Ukrainian politician suspected of involvement in killing of journalist SerhiyenkoRussia launches dangerous new ‘foreign agent’ offensive against independent NGOs
• Topics / Social and economic rights
• Topics / Court practices 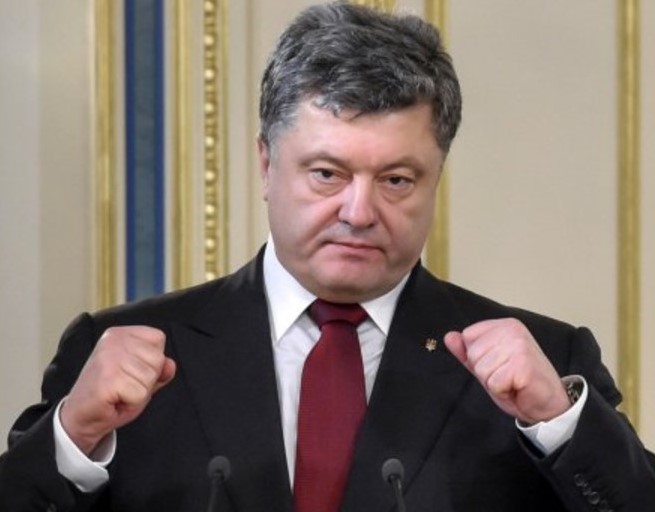 Ukraine’s main anti-corruption NGOs have given a damning assessment of President Petro Poroshenko’s draft Law on a High Anti-Corruption Court, tabled in the Verkhovna Rada on December 22, 2017  They point out that the bill's authors have ignored criticism from the Council of Europe’s Venice Commission, and have not provided the necessary guarantees of judicial independence.  The NGOs, which include the Rehabilitation Package of Reforms [RPR] and Transparency International in Ukraine call on the President to withdraw Draft Bill No. 7440 and submit one that does comply with the Venice Commission’s recommendations.

In its Opinion on separate draft laws both anti-corruption courts and on amendments to the Law on the Judicial System and Status of Judges, the Venice Commission did “invite the President of Ukraine to submit his own draft law on anticorruption courts”, but went on to say that this should be based on these recommendations, and suggested that “temporarily, international organisations and donors active in providing support for anticorruption programmes in Ukraine should be given a crucial role in the body which is competent for selecting specialised anti-corruption judges”

The NGOs point out that the provision in Article 8 § 4 of No. 7440 envisages an advisory role for the Public Council of independent experts.

A Public Council, similar to the Public Integrity Council involved in the competition for Supreme Court judges would be formed, as well as an International Expert Council.  The problem, however, is that in both cases, a negative assessment on whether a particular candidate should be appointed judge could be overridden by 11 out of the 16 members of the High Qualification Commission of Judges of Ukraine [HQCJ].  This, as we saw with the competition for judges to the Supreme Court led to a situation whereby some 25% of the successful candidates were people about whose suitability the Public Integrity Council had given negative assessments .  Such negative opinions were based on highly dubious rulings that specific judges had passed, knowingly unwarranted rulings during Euromaidan or well-founded suspicion of corrupt dealings.

RPR and other NGOs note that President Poroshenko is now proposing to use the same structure which proved to be unable to prevent suspect appointments during the Supreme Court competition.  It believes that this is aimed at allowing favoured candidates to get through.

The NGOs believe the Venice Commission to be saying that international organizations and donors should have a decisive role in the process of selecting judges.  They warn that the body whose creation is envisaged by No. 7440 could end up like the Public Integrity Council, with limited power to prevent the selection of unsuitable judges.

The bill in its current form does not envisage that the High Anti-Corruption Court would cover all crimes within the exclusive investigative jurisdiction of the National Anti-Corruption Bureau [NABU], while extending its scope to a whole range of other crimes which fall under the jurisdiction of the National Police and the State Investigation Bureau [SAB].

The Venice Commission recommends that the HACC’s jurisdiction should correspond with that of NABU and SAB.  It would risk being flooded with cases which do not cover high-level corruption, to the detriment of cases where it really is needed.

The NGOs also point to quite unrealistic requirements for successful judges, which might lead to it being impossible to form an anti-corruption court.  It is demanded, for example, that as well as judicial, legal or academic experience, candidates have  “extensive experience of legal aid in the field of combating corruption in international organizations or international judicial institutions”.  On top of that, the HQCJ would be able to decide on its own discretion, without any clear criteria, what constitutes sufficiently “extensive” international experience.

They do not believe that No. 7440 would provide for an independent selection of judges, and for the proper functioning of the High Anti-Corruption Court, and call for the draft bill to be recalled and reworked to take the Venice Commission’s recommendations properly into account.