Russia ‘decriminalizes’ pro-Ukraine social media reposts in occupied Crimea. But only the firstCrimean Solidarity rights activist added to Russia’s List of ‘terrorists & extremists’ for a Facebook repostRussia brings criminal charges against Crimean Tatar human rights activist over Facebook repostThey terrorize children in Russian-occupied Crimea & then they come to do it againCrimean lecturer faces 5-year sentence for writing about Russia’s killing of innocent civilians in Ukraine Wagner PMC convicted killers ‘get clean slate, freedom and pardon" for fighting Russia’s war against UkraineRussian MP promises a child from Kyiv missiles as a "New Year present"Russian propaganda media and ex-President guilty of direct incitement to genocide in Ukraine, report finds270 days of full-scale Russia-Ukraine war in the Kharkiv RegionTwo Ukrainian believers sentenced to six years in Russian-occupied Crimea for a Zoom conversation about the BibleUkraine’s penitentiary institutions and the war‘Stand up for your convictions, even if you stand alone!’ Anti-war activities in Russia, 3-9 OctoberRussia sentences three Ukrainian Jehovah’s Witnesses to six years for "threatening state security" by discussing the Bible From a Zwastika to "No to the War". Anti-war activities in Russia, 9-18 SeptemberAdmission of guilt: Russia blocks international investigation of Olenivka mass killing of Ukrainian POWs Those who unleashed this war will not go to Heaven. Anti-War activities In Russia, 7-14 August 2022New armed searches and arrests in Russian-occupied Crimea for reading the Bible Russia seeks 15-17 sentences against Crimean Tatar civic journalists who reported repression in occupied Crimea Russia invites Steven Seagal, while blocking the Red Cross from visiting Olenivka prison after killing of 53 Ukrainian prisoners of war“He lay on the sidewalk, naming towns and cities in Ukraine”. A digest of anti-war activities in Russia, 23-29 July
• Topics / Freedom of expression
• Topics / Human Rights Abuses in Russian-occupied Crimea 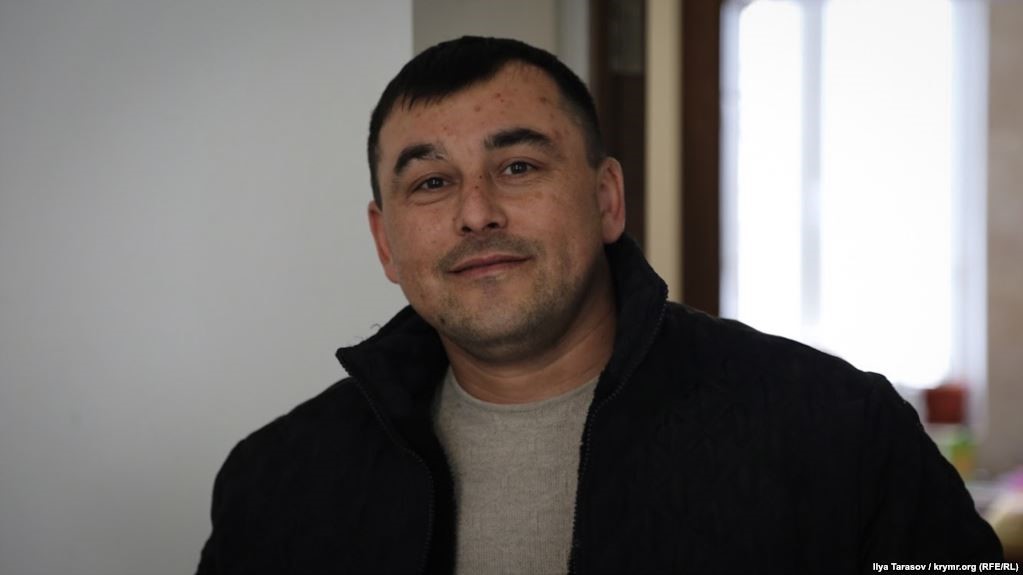 The Investigative Committee in Russian-occupied Crimea has terminated criminal  proceedings against Ismail Ramazanov almost a year after he was arrested, savagely tortured and held in detention for six months. The move is due to a new law introducing a modest improvement in one of Russia’s notorious ‘extremism’ norms, and will hopefully be followed by the termination of at least two other prosecutions

The law in question concerns Article 282 which punishes for something dubbed ‘incitement to enmity or hatred’. The norm is very widely abused both in occupied Crimea and Russia in cases where people have posted or reposted comments, etc. critical of the Russian authorities, often with respect to Russia’s invasion and annexation of Crimea and aggression against Ukraine in general.  The new law which came into force on 27 December 2018 makes the first prosecution under Article 282 an administrative, not a criminal, ‘offence’.  The punishment can still be relatively severe, up to 15 days’ imprisonment, however that is much less than the potential five-year prison sentence under criminal legislation.  If, however, there was a second charge in the space of a year, this would be treated as a criminal offence.

Lawyer Alexei Ladin reported on 15 January that he had been forced to go to court over what he called the sabotage of this ‘with the Investigative Committee refusing to terminate the proceedings against Ramazanov and other Crimeans facing the same charges.  Urgency was warranted as all the Crimeans had also been added to Russia’s notorious ‘List of Terrorists and Extremists’.  Inclusion on this list means that, without any sentence having been passed, a person faces severe restrictions on accessing his or her bank accounts, receiving pension, etc.

Ramazanov, with Ladin’s help, applied on 8 January for the criminal proceedings against him to be terminated, and for his name to be removed from the ‘List of Terrorists and Extremists’.  During the court hearing on 16 January, the investigator claimed that the prosecution had been terminated back on 9 January, and produced a document supposedly signed that day.  Since Ramazanov had phoned him every day and been told there was no such document, Ladin assumes that the decision was drawn up and back-dated after they took the case to court.   Since the court suit had asked for the investigators Timofei Piven and Dmitry Kosyakin to be found guilty of unlawful inaction, a further hearing has been called on 18 January at which Piven is supposed to provide proof that the document was issued as claimed.

Armed and masked men turned up at the Ramazanov home on 23 January, 2018.  He was taken away and not seen again until the court detention hearing the following day.  Ladin stressed after that hearing that his client had demonstrated real strength in refusing to provide the ‘confession’ they had tried to beat out of him.

During the court hearing on January 24, Ramazanov was in very obvious pain and stated that he had been beaten by the FSB officers both during the search, and later in their vehicle, and identified one of his torturers as among the four men who had brought him to the court.

Despite Ramazanov’s state, the ‘prosecutor’ objected to the defence’s application for an ambulance to be called and for a medical examination.  Instead, he produced a document claiming that Ramazanov’s health was satisfactory, which the ‘court’ chose to find satisfactory, remanding the young man in custody for two months.  He was only released finally because the charge did not allow for more than six months’ detention.

Ramazanov was accused, under Article 282 § 1 of Russia’s criminal code, of inciting enmity or denigrating a group on ethnic grounds or their belonging to a social group, with the group in question being ‘Russians’. He was supposed to have made the supposedly ‘extremist’ comments on the Zello Internet radio which is banned in Russia.

During one of the hearings, Ramazanov he told the Crimean ‘High Court’ that “the charges of inciting inter-ethnic enmity are unthinkable.  In my circle of friends there are many Russians. Hearing these charges, they don’t understand what is going on these days in Crimea. It’s become common now for people to hear that somebody’s Crimean Tatar, Muslim and say that this means they’re an extremist or terrorist. That is what is happening now in Crimea and I can’t understand it.  In more than 20 years as part of Ukraine, such issues never arose. Nobody saw any terrorists and there weren’t any.  I don’t know who this suits now.  God’s judgement will explain it all, and I will use all possible legal means to try to defend myself against this provocation directed against me, my people, my faith.”